Ecotourism is defined as “responsible travel to natural areas that conserves the environment, sustains the well-being of the local people, and involves interpretation and education”. This type of tourism is a major contributor to Belize’s economy, attracting tourists from all over to appreciate and enjoy a piece of our paradise. Hearing the term ‘ecotourism’ automatically gives us the idea that it is environmentally friendly, but is that really the case? Let us look deeper into some of Belize’s ecotourism attractions to see if it deserves this valuable label.

Belize has gained international recognition for its incredible natural beauty, which continues to fuel the country’s growing tourism economy.  In 2018, tourism accounted for over US $1billion in tourist expenditure and 20,680 jobs. To ensure a sustainable industry and these impressive figures, the Government has created a comprehensive ‘Sustainable Tourism Master Plan’ for 2012 to 2030. The Plan outlines projects and policies that will be completed to build the industry and Belize’s economy; and enhance tourists’ experience whilst preserving the natural environment on which the industry relies. 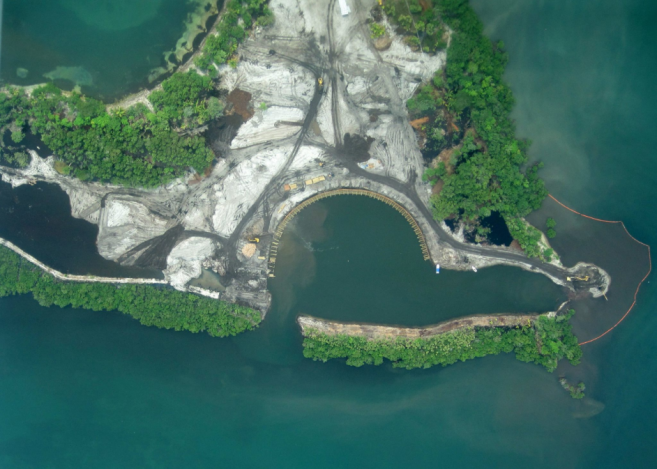 The destruction of healthy mangrove island and nearby reef for the construction of Harvest Caye. (Photo Credit: Annelise Hagan)

Cruise tourism in Belize is considered still a relatively young industry that continues to grow, as is evident from developments such as Harvest Caye and Stake Bank. Of over US$1 billion spent in Belize by tourists, Belize Tourism Board’s 2018 Tourism Digest indicates that the 489,261 overnight tourists contributed a remarkable 88.8% to the annual tourism expenditure while the cruise ship arrivals, which totaled 1,208,137, accounted for only 11.2%. Evidently, although it attracts large numbers of foreign tourists, cruise tourism has also been associated with negative impacts including environmental degradation.  There are also questions on whether the economic benefits generated by these largely foreign-owned operators are retained in Belize and if so, how well distributed they are. There have also been well-publicized instances of breaches of regulations. On June 4, Business Insider reported on the Carnival Corporation & PLC (with Belize as one of its many destinations) being slapped with a US$20M fine after one of its cruise lines was caught (for a second time) dumping trash into the ocean. Business Insider also reported in 2017, Princess Cruises, also owned by Carnival Corporation & PLC, was caught dumping oil into the ocean and was fined US$40 million.

Additionally, when cruise ship passengers go on excursions from the mother ship, wildlife such as the manatees fall victim to high-speed boats and tenders that pass through their river and lagoon habitats. Should the manatees that provide part of the very same tourism product, which tourists come to Belize to see, be ignored and left to their fate? 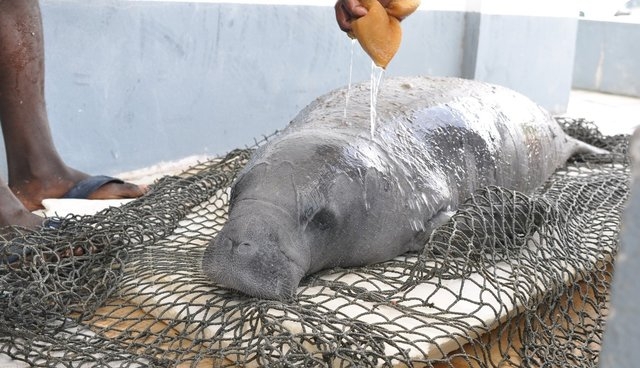 The World Tourism Organization characterizes ecotourism as having service provider partners at the destinations that tend to be small, locally-owned businesses that generate economic benefits, alternative employment and income opportunities for local communities. We could contrast this sharply with Cruise Tourism. For example, Harvest Caye, which Norwegian Cruise Lines currently owns, rarely brings tourists to the mainland because they are stationed now at their resort offshore, cutting off potential benefits for locals. Local tour guide Walter Garbutt, explained in an interview with Channel 5 how the foreign-owned Cruise Line started their own tours from the island, leaving locals with the scraps of what is left. He explained, “Local tour guides are being excluded from the benefits of the industry”.

It is unlikely you will find any Belizean who doesn’t wish to accommodate the growing number of tourists who want to visit; as is so often stated ‘development is a must’.  However, while Belize continues to advertise green development, it seems that policies aren’t being followed. But, it is not only cruise- tourism that threatens our valuable ‘product’. The spectacular Turneffe Atoll is also under threat from unsustainable tourism development. In a report by Channel 5, Valentino Shal, a consultant for the Turneffe Atoll Trust explained that the atoll is under threat from the dredging of reef flats and removal of mangroves. Shal was clear in stating that the government is the only one with a legal mandate to enforce the law (and protect this valuable resource). 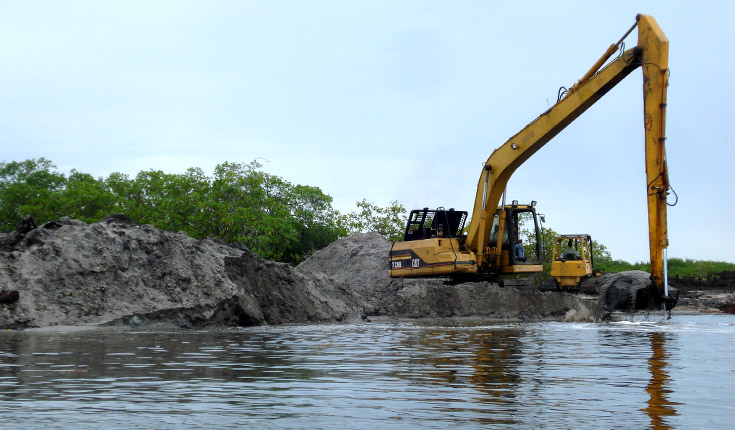 Although Belize’s tourism industry has great potential, the present industry has failed to ensure that it is as sustainable as it should be. For Belize to have a sustainable future in tourism policies that were created, carefully and collectively, must be enforced to ensure the safety and existence of our nature-based tourism resources for the future. However, given our government’s record of falling short on carrying out their own plans and promises, along with the Department of Environment’s unavailability of funds to supervise developers properly, I ask the Belizean public, where do you see our country in the years to come?  Will Belize truly have a thriving tourism industry? Are we going to gain the benefits and opportunities from tourism development, or will it go overseas or to the wealthy few?  Finally, what will WE do to ensure that OUR country has a secure and sustainable future?