Belize’s forests have provided jobs for Belizeans from the birth of our nation; logwood and mahogany were our first exports, but now keeping our forests alive an uncut can be worth US$35 million. Our forests contain 7 million tons of carbon dioxide, which at current market prices of US$5 per tons of carbon on international markets for carbon credits, adds up to USD$35 million to Belize. 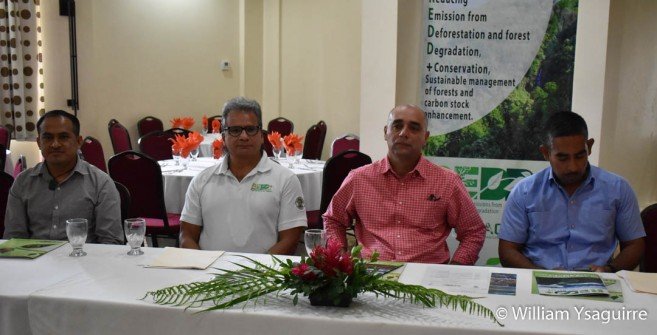 Just as catch-and-release game fish have been estimated to be worth US$10,000 per pound as living fish swimming in the sea, so too, our forests are worth far more as a living, breathing ecosystem, than as cut lumber for furniture, housing or firewood. To mitigate the carbon dioxide which cars and factories are spewing out into the atmosphere in industrialized countries, these more developed nations will pay Belize to preserve its forests, as a storage bank to sequester carbon. 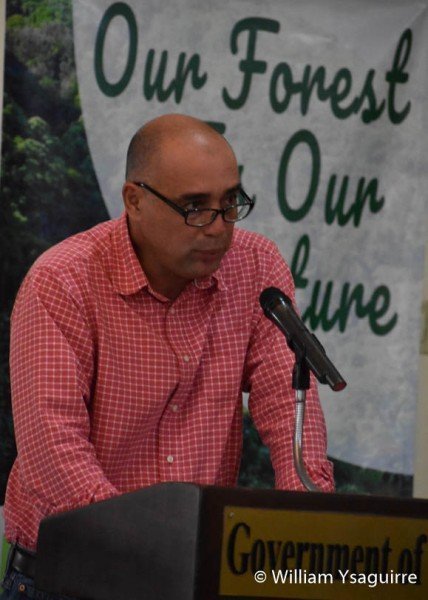 This was the most startling revelation from Minister of State for Agriculture, Fisheries, Forestry, the Environment and Sustainable Development, Hon. Omar Figueroa, when he launched the first phase of the Reducing Emissions from Deforestation and Forest Degradation (REDD+) Project at the San Ignacio Resort Hotel last Thursday, May 23rd. The 7 million tons total of carbon dioxide stored was the estimate of a national study recently finalized, to assess how much carbon dioxide is stored within Belize’s trees over the years 2016 to 2018, Figueroa cited.
“Our Forest is Our Future” is the slogan of the REDD+ Project, which is Belize doing its small part to keep our planet livable for humanity. The forests are the Earth’s lungs, filtering out and removing 2.6 billion tons of carbon dioxide from the atmosphere every year, and replacing it with oxygen, so important for humanity to breathe.
Carbon dioxide is toxic, which is why our lungs eliminate it from our body with every breath. But carbon dioxide in the atmosphere (less than 1 percent) serves an important, vital function in filtering out the harmful radiation from the sun, and converting this high energy radiation into heat, a “greenhouse effect” which produces the temperatures on Earth where man can survive. Without carbon dioxide, the Earth would be as cold and uninhabitable as Mars. Nothing in excess is good, however, as even oxygen can be narcotic to man in high concentrations. Unfortunately, man has altered this delicate balance, by burning fossil fuels and increasing carbon dioxide levels to a point where the “greenhouse effect” is warming the planet to unacceptable levels.
Reducing carbon emissions and growing forests to remove carbon dioxide from the atmosphere has become a top priority and has been identified as the most effective way to mitigate the effects of global warming and its many undesirable effects. Longer dry seasons, reduced crop yields, desertification, melting glaciers on the polar caps and mountain-tops, rising sea levels, salt invasion of freshwater systems, and more are all results of excess carbon emissions.
By implementing the US$5.16 Million REDD+ Project over the next three years, Belize will sustainably manage its forests, Figueroa promised. Using our forests wisely is important while industrialized countries are taking most of the blame for greenhouse gas emissions. According to the Intergovernmental Panel on Climate Change (IPCC), 12 percent of greenhouse gas emissions are produced by burning fossil fuels, deforestation, and forest degradation. The good news is that forests are also the most important solution to mitigate the effects of Climate Change.
The budget for the National Climate Change Office (NCCO) to implement the REDD+ project is being funded with US$3.86 million from international partners; the Forest Carbon Partnership Facility (FCPF) and the World Bank; and the Government of Belize is providing $1.3 Million in kind. 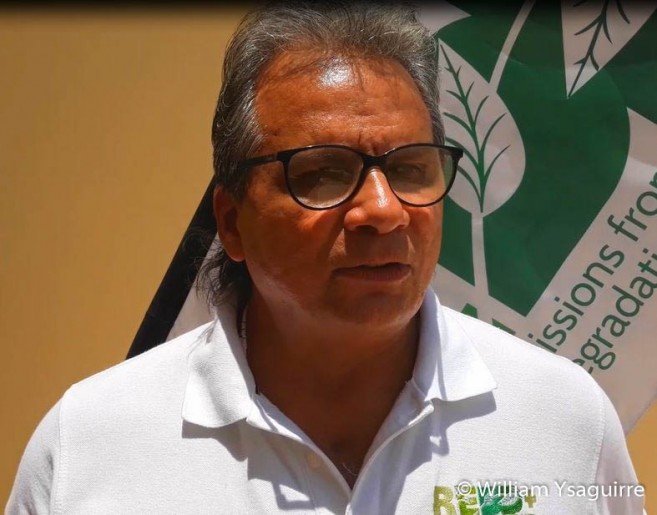 The 7 million tons initial estimate must first be verified by international assessors from the United Nations Framework Convention on Climate Change (UNFCCC), warned Eduardo Reyes, the REDD+ Project director. Once these numbers are verified externally, Belize would then be in a the position to receive a results-based payment of USD$35 million for carbon credits. Not all of this would be traded, as Belize has its own development plans for the use of our forests, Reyes explained, but even half that amount: 3.5 million tons, would fetch USD$17.5 million or BZE $35 million per year. This figure could be more, Reyes postulated, as the payment of $5 per ton for carbon credits may increase over time, as industrialized countries place more value on mitigating the effects of their own carbon emissions.
All countries who signed on to the UNFCCC are presently conducting a carbon baseline assessment and greenhouse gas inventory, and Belize is leading the way to stand as a shining example for others, ‘having already completed the first phase – a stock-taking of the carbon stored in the forests,’ Reyes proudly stated. He added that this inventory was completed in record time – less than two years – when it has taken up to 5 -7 years in other countries. The inventory of the carbon sequestered in our forests has helped the Belize REDD+ project to produce a Greenhouse Gas inventory for Belize, measuring and monitoring the quantities and sources of all carbon dioxide and other greenhouse gas emissions in the country, which is also now in the process of international verification. Accurate accountability is important for Belize to receive a results-based payment, Reyes explained. 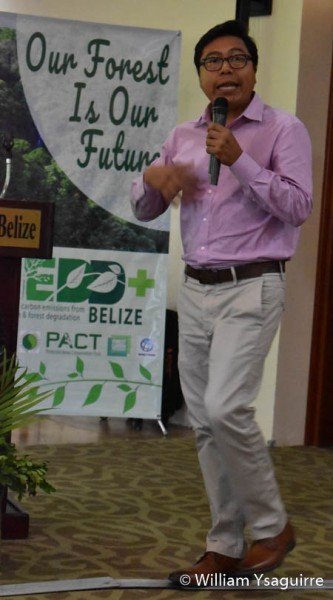 Effective implementation of REDD+ will require a full-court press; every Belizean must do his part to preserve our forests. The REDD+ Project will also involve indigenous peoples and community groups, REDD+ Project social specialist Timoteo Mesh, Ph.D., explained. This is because the World Bank funding comes with conditions and safeguards, as “development affects different people in different ways,” Mesh cautioned. As the mountain of evidence of Climate Change has shown, progress brings problems. One of the World Bank’s 10 Environmental and Social guidelines is that ‘indigenous peoples, traditionally under-served local communities and cultural heritage’ must be considered. 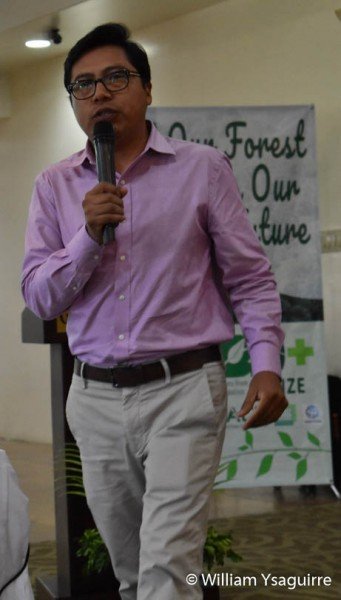 This was welcome news for Pablo Mis of the Belize National Indigenous Council, who addressed the launch and noted that indigenous peoples have long been stewards of the forest and the natural landscape. He lamented the evidence of Climate Change, which is all around us and which is disrupting the lives of farmers in Toledo. He recalled that his grandfather was accustomed to planting the first week in May, but now the ground is still too hard, the long dry season and the lack of rain has delayed their planting, and their future crop yield is uncertain. 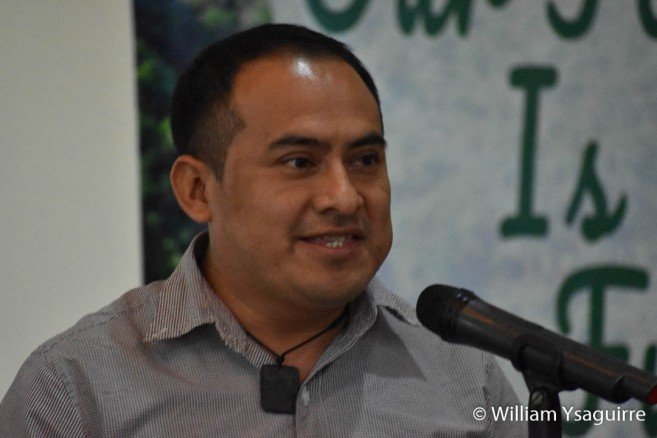 The World Bank’s guidelines also recommend that the protection and conservation of the natural forest and their eco-system services be incentivized. The risk of reversals and displacement of emissions must also be reduced. Environmental and social impacts must be assessed and managed. Working conditions for labor must meet International Labor Organization standards. Resources must be used efficiently, and pollution prevented and managed. Community’s health and safety must be assured, and land acquisition and involuntary resettlement must be factored in. Biodiversity must be conserved and living natural resources must be managed sustainably. Financial intermediaries must be identified, and all stakeholders must engage and be informed, with proper disclosure.
REDD+ was recognized as the best way to increase the use of forests to mitigate Climate Change under the UNFCCC framework, at the most recent UNFCCC 21st Conference of Parties (COP21) meeting in Paris in 2015.