Senator Lisa Shoman will be leading the Organization of American State (OAS) Electoral Observation Mission that will witness the electoral process of the May election in Guayana. The decision was announced on April 8th by the Secretary General of the OAS His Excellency Jose Miguel Insulza and Guyana’s permanent Representative to the OAS, his Excellency Bayney Karran.
A ceremony to sign the agreement took place in Panama City, Panama in the context of the Seventh Summit of the Americas, scheduled to be held on April 10th and 11th. The Secretary General expressed his hope that “this will be a very good moment for Guyanese democracy,” and his conviction is that, “as always, the government of Guyana will give the Mission all the facilities they need to do their job well.” 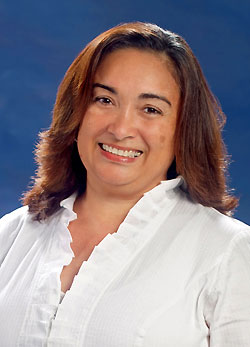 In addition, the Secretary General recalled that this will be the fifth Electoral Observation Mission that the OAS has deployed in Guyana. He announced that he has designated the former Foreign Minister and Ambassador of Belize to the OAS and current Senator of Belize Lisa Shoman as Chief of Mission.
For his part, Ambassador Karran highlighted that the role that the OAS plays in strengthening democracy in the Hemisphere is important. “Democracy and good governance are fundamental to the development agenda, to human rights, to security and to so many other important areas of work,” stated Karran. In addition, he called the Observation Missions of the OAS “one of the areas of greatest success” of the Organization.
“This election that is about to take place on May 11th is going to be a very pivotal election in Guyana, and will have far reaching consequences for the governance of the country, irrespective of the result,” said Ambassador Karran, who added that “this makes the role of the Mission much more important.”
This is not the first time that Shoman has served as Chief of Mission for the OAS in a similar deployment. In 2012, Shoman was the Election Observation Chief of Mission in Jamaica, an election that reported a clean, fair and calm process.
The OAS has observed elections in Guyana in 1997, 2001, 2006 and 2011. In the general elections of May 11, voters will elect 65 representatives of the National Assembly and members of the ten Regional Democratic Councils, as well as the President of the country. The Mission will be deployed approximately one week prior to the elections.
The leader of the hemispheric institution thanked the countries that have expressed their commitment to support the Mission, and urged other member and observer countries to follow their example.
Since the announcement, Senator Shoman has received congratulatory messages and support from the Belizean public.

Ministry of the Public Service, Constitutional and Political Reform Signs MOU with the Love Foundation on Good Governance Curriculum

U.S. Embassy Donates Vehicles to Support the Fight Against Crime in Belize