Belmopan. January 28, 2016. The Ministers of Foreign Affairs of Belize and Guatemala along with the Special Representative of the Organization of American States (OAS) Secretary General met at the OAS office at the Adjacency Zone on Friday, 22 January 2016 to discuss the status of the bilateral agenda and reactivate the Belize – Guatemala Joint Commission as established under the Framework Agreement on Confidence Building Measures of 2005. 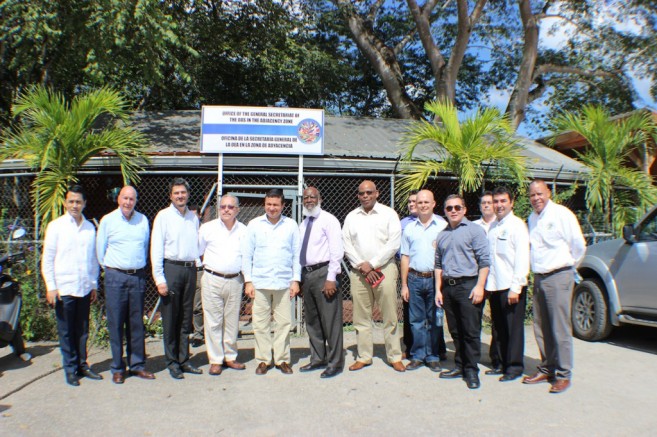 Both Ministers of Foreign Affairs highlighted the importance of meaningful programs that can directly promote development and protection of the environment in adjacent communities across the two countries. They also expressed satisfaction that they are now in a position to start implementing the cooperation agreements that were signed in December 2014. They charged the Commissioners with developing a work plan for implementation and to explore other ways of promoting confidence and neighbourliness between the two countries for the Ministers’ consideration.

Pump prices for diesel and kerosene go up