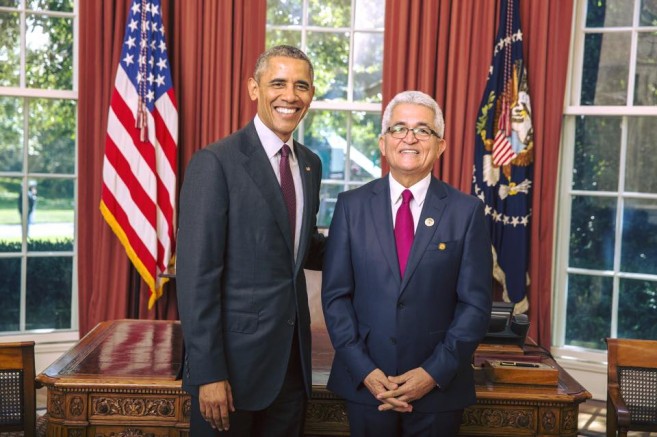 Ambassador Andrews in his message to President Obama conveyed warm greetings from the Governor General Sir Colville Young and Lady Young as well as on behalf of Prime Minister Barrow and Mrs. Barrow. He underscored the cordial relationship Belize and the USA have always enjoyed; based on mutual respect and on shared values. He also expressed the need for a deepening of understanding and continued relations in a variety of areas of common interest to Belize and the region. He expressed Belize’s commitment to the role as the link between the two sub regions of Central America and the Caribbean with the aim of advancing the common agenda.

President Obama in his reply welcomed Ambassador Andrews to Washington and said, “Belize and the United States share a strong partnership based on mutual commitment to strengthen democracy and regional security. We value the collaboration between our governments to strengthen the rule of law and promote citizen security.”

Ambassador Andrews was appointed by Prime Minister Barrow to the post after Belize’s successful campaign for the Office of the Assistant Secretary General of the Organization of American States and Belize’s former Ambassador Nestor Mendez was elected to that post. Ambassador Andrews now becomes Belize’s 7th Ambassador to present credentials to the United States of America.