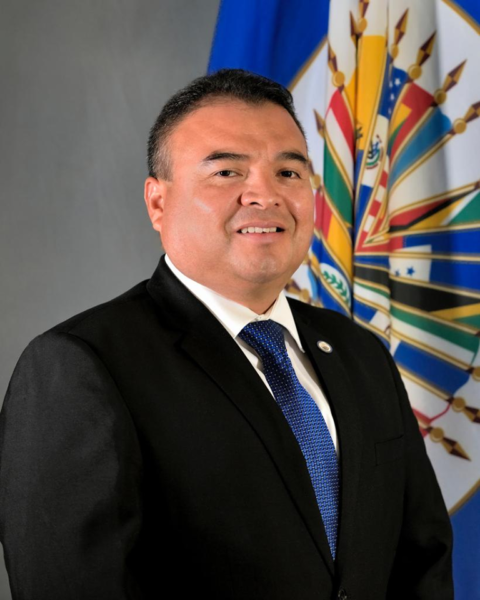 On July 17th, during a virtual meeting of the Permanent Council, Ambassador Nestor Mendez assumed his second term in office as the Assistant Secretary General of the Organization of American States (OAS) for the period 2020-2025. Ambassador Mendez was reelected by acclamation at the Organization’s 54th Special General Assembly on March 20, 2020.

Assistant Secretary General Mendez noted that this second term is a “mandate that I embrace with full knowledge of the enormous challenges that lie ahead as our Organization not only adjusts and evolves in tune with the new conditions imposed by the pandemic, but more importantly, as we institute the necessary retooling to continue to respond to the needs and mandates of Member States.”

Recognizing the challenges faced by the region, the Assistant Secretary General underscored that “the leadership of the OAS will be critical, and as we rethink how we do business, we must identify our strategic niches, and we must anchor our work on the commitment that the four pillars of the OAS must be given equal attention and they must be mustered in an integral way as we move forward.”

For his part, the Secretary General of the OAS, Luis Almagro, congratulated the Assistant Secretary General and reiterated his commitment to continue working closely and in partnership with Mendez. Secretary General Almagro said that this partnership has “served to strengthen the Organization, to make it more relevant, and to deal with the crisis that we have faced,” adding that together “we will continue to fulfill what we have set out to do for the good of the peoples of the Americas.”

The Alternate Representative of Belize to the OAS, Laura Frampton, expressed that the reelection of Ambassador Mendez is important not only for Belize but also for all Member States of the OAS, highlighting that “as a native of a country that is both CARICOM and SICA, Ambassador Mendez is uniquely positioned to be a champion for these small states, which when combined, they form the majority of the membership of the OAS.”

“Ambassador Mendez’s diplomatic approach and temperament provides the right tools at the right time to face the many obstacles of the OAS and its Member States,” said the Belizean diplomat.