On Thursday, January 14th, former TV comedian Jimmy Morales was sworn in as Guatemala’s president for a four year term (2016-2020) of office. Morales officially took the reins of the country in an elaborate ceremony held at the cultural centre Miguel Angel Asturias in Guatemala City. Belize Prime Minister Dean Barrow was in attendance, among many leaders of other countries attending the inauguration, including U.S Vice-President Joe Biden and Spain’s former King Juan Carlos I. Barrow personally received the invitation to attend the event when Morales visited Belize in November of last year.
Morales was elected last October, after huge anti-corruption demonstrations led to the fall and incarceration of Guatemala’s former president Otto Perez Molina and his vice-president. Alejandro Maldonado was then elected as president until the transition to Morales. 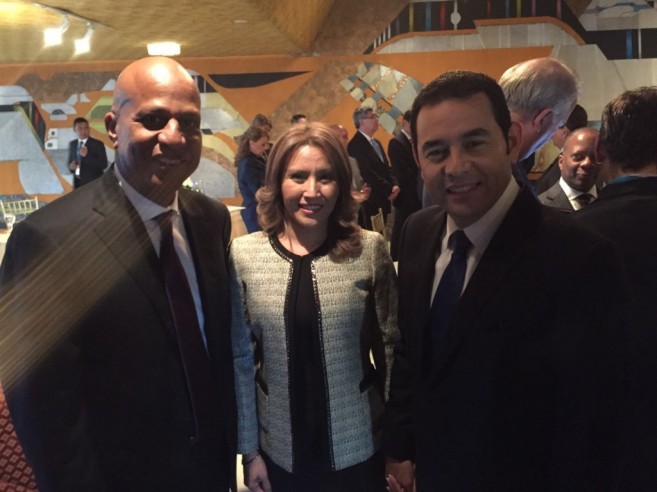 Even though he has no previous experience in government, Morales promised to aggressively fight corruption. “I want to make a public promise, a new pact with Guatemala in which I hope you will all join me,” he said. “We won’t tolerate corruption or theft, and we will fulfill it from the first day on,” he said during his speech. However, he gave few hints as to how he is going to fight corruption and how he is going to deal with Guatemala’s high levels of violence, poverty and social inequality. 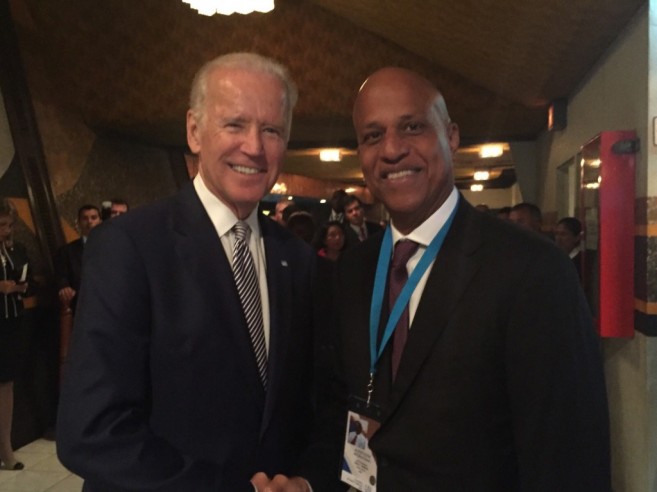 In his extensive remarks he also touched on the Belize and Guatemala issue and expressed his desire for a solution to the long and unresolved territorial, maritime and insular differendum between both countries. “We want to advance in the resolution of the territorial, maritime and insular dispute with Belize, our brother and neighbor with whom we wish to develop a bilateral agenda of neighborliness and cooperation,” he stated. The last Guatemalan general elections that ended with Morales’ victory were closely watched in Belize, as Morales had advocated a more aggressive fight towards the territorial dispute with Belize. But following his visit to Belize, Prime Minister Barrow assured the Belizean public that Morales had softened his tone towards Belize in regards to the territorial dispute.
Morales took office on a strong anti-corruption platform in order to heal the country’s wounds left by the mass corruption events. However, last week proceedings began against the new president, who is suspected of human rights abuses in relation to Guatemala’s long and bloody armed conflict that ended in 1996. As a result, fourteen former military officers- many of who are supporters of the Morales’ party were arrested on similar charges. At a trial on Monday, January 18th three of the fourteen military officers were set free due to lack of evidences against them. Morales has denied any connections with the said former military officials.
During his visit, Barrow met with the many dignitaries including US Vice-President Joe Biden to whom he brought the subject of the corresponding banking issues facing Belize. Biden was very optimistic and offered to do what he can to assist in finding a resolution.

Stability in a time of Change: Barrow delivers 2016-2017 Budget address