Guatemala lashes at CARICOM; Belizean soldier shot at the border


In the short few months of 2016, the relation between Belize and Guatemala grown more tense. There has been much controversy, given the recent incidents at the disputed frontier; the latest of which involves the shooting of a Belize Defence Force (BDF) Staff Sergeant, Richard Lambey. After a heated confrontation between members of the Belizean and Guatemalan militia in the Sarstoon area on March 12th, many of Belize’s allies, including the Caribbean Community (CARICOM) have showed their support against Guatemala’s aggression. 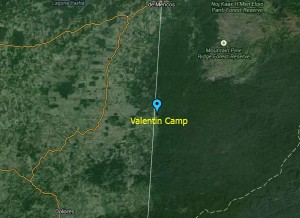 In a statement, CARICOM defended Belize’s sovereignty over the Sarstoon River. The statement addressed the incident in which it was reported that the Guatemalan armed forces (GAF) had entered Belizean internal waters and acted in an intimidating manner towards the BDF.
The GAF claimed that the entire Sarstoon belong to them, even though the mid-channel of the river was the settled and agreed border between the Republic of Guatemala and the United Kingdom in the 1800’s. Since Belize’s independence in 1981, it has always continued to assert its sovereignty over the area. CARICOM noted with grave concern the tension caused, and deeply regrets any sanctions of the GAF which violate the sovereignty of Belize. It also condemned any attempt to change the status quo prior to the submission of the Guatemalan claim to Belizean territory to the International Court of Justice in accordance with the Special Agreement ratified by both parties in 2008.
Furthermore, the Caribbean Community reiterated its strong and unequivocal support for the sovereignty and territorial integrity of Belize. It also called on the government of Guatemala to agree to confidence building measures, in conjunction with the Organization of American States (OAS).
After CARICOM’s statement was released, Guatemala did not hesitate in replying, and through their Ministry of Foreign Affairs, they issued a response on Friday, March 18th. Their bold response states that “the Government of Guatemala reaffirms that the Sarstoon River is Guatemalan territory.”
The Guatemalan statement also claimed that on March 12th BDF soldiers were not provoked, and were simply asked to follow customary security protocols for the use of the Sarstoon River.
Furthermore, the diplomatic note addressed CARICOM’s assertion concerning Belize’s southern border with Guatemala, reminding that it had denounced the 1859 boundary treaty between Great Britain and Guatemala. The treaty, according to Guatemala, has no value since it was not fulfilled by Britain.
Additionally, the 1859 boundary treaty was renounced by Guatemala’s congress on April 9, 1946. Guatemala ended the note by indicating that it would continue to exercise sovereignty over the Sarstoon River, as it has been, until the International Court of Justice definitively resolves the territorial, insular and maritime dispute between the countries. 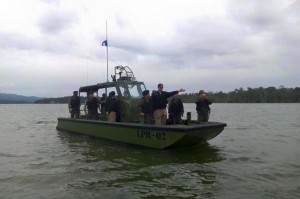 The month of March has gone into history as a very active one when it comes to issues with the neighbouring country. Before the month ended, on Saturday, March 26th a BDF soldier was shot by apparent Guatemalan poachers on the border with Guatemala. This incident happened near the Caracol Archaeological site where two years ago, Police Constable Danny Conorquie was shot and killed by Illegal Guatemalan encroachers.
The weekend shooting incident left Staff Sergeant Lambey with gunshot wounds to the hand and abdomen.
Late on Tuesday evening, March 29th the Government of Belize (GOB), issued an official statement regarding the shooting. According to the government release, the incident happened 400 metres inside Belizean territory in the Valentin Camp area in the Chiquibul Forest Reserve. The press continued stating that members of the BDF stationed at the Valentin Conservation Post were on routine water supply and administration task around 4:50PM on Saturday when they came under fire from men armed with rifles. Lambey was subsequently transported to the Karl Heusner Memorial Hospital in Belize City where he was treated for his injuries and remains in a stable condition.
The government release explains that immediately upon receipt of the report of the shooting incident, the Ministry of Foreign Affairs made contact with senior officials of the OAS and Belize’s Ambassador in Guatemala for them to take necessary action to determine who is responsible for the incident.
GOB has promised to share the details on the outcome of the investigation to the public as soon as the report becomes available. Up to press time that information has not been revealed.
The incident has caused an outrage throughout the country, and the President of the Citizens Organized for Liberty through Action (COLA), Geovanni Brackett reacted to it immediately. “Saturday’s incident involving a member of the BDF provides another impetus for aggressive internationalization of our dispute with Guatemala,” he said. “Under no circumstances do we condone this attack on a valiant defender of our national patrimony.” COLA calls on the current administration to issue a timely and relevant response. At the same time, a call was made to the trade unions, civil society, NGO’s, the Chamber of Commerce and the Maya Leaders to denounce such aggression by Guatemala.
However, the Minister of Foreign Affairs, the Honourable Wilfred Elrington has gone on record by saying that Belize cannot take an aggressive side on the issue. “We are not going to inflate an incident and make it more serious that it is. If we ever do this, the international community is going to condemn us for it. They are going to say that we are crying wolf. We have not lost a soldier, we have not lost a Belizean in any military combat and that’s the way we need to keep it,” he stated. However, his comment is being pointed out as contradictory, and denies the fact that Constable Conorquie was murdered while on security duties at the Caracol Archaeological site. Belizeans believe that indeed, Belize has lost a member of its security armed forces along our borders.
In the meantime, the BDF continues with their routine border patrol along the lengthy western border and protocols are being discussed with Guatemalan counterparts regarding the access of the Sarstoon River by the Belizean armed forces.