« Older: SPTC undergoes reshuffling
Newer: » Belize is a full member of the CABEI

Court rules in favour of BNTU regarding full salaries for teachers


Chief Justice Kenneth Benjamin ruled in favour of the Belize National Teachers Union (BNTU), ordering the Ministry of Education (MOE) to pay teachers their full salaries. Prior to this major decision made on Monday, November 21st, the BNTU had retained the legal services of attorney Eamon Courtenay, after the Government of Belize (GOB) had threatened to withhold their salary’s contributions for engaging in an 11-day strike in October. However, despite the victory, MOE claims pay sheets for November have already been processed, and no date has been given as to when the remainder of teachers’ salaries will be paid. 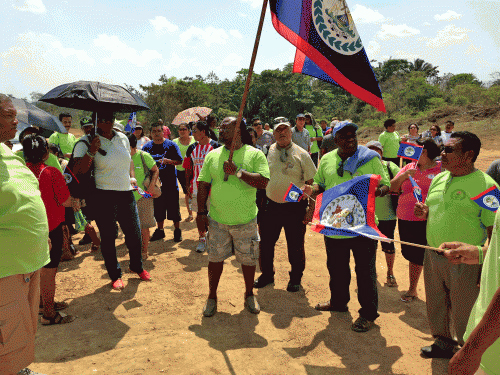 On Friday, November 18th, Courtenay filed a suit against GOB, demanding that it stop from docking the teachers’ pay. The Government had until Monday to respond to the demand, but it never did. In his ruling, Benjamin determined that GOB cannot independently decide to deduct salaries from teachers for striking days. If the Government had won, teachers would have been denied their last salary before Christmas. Now that the injunction was granted, said deduction has to be halted.
Courtenay applauded the decision by the Court on behalf of the teachers who stood up for their rights. “Justice Benjamin found that we have an arguable case and that there is a real likelihood that we will succeed at trial and he felt that the balance of convenience was in favour of the teachers,” said Courtenay. “He believed that the teachers should not be denied their enjoyment of Christmas.” He added that the move to deduct teachers’ salaries was unconstitutional, and has raised much controversy. “According to the court ruling, the teachers must be paid, and paid on time,” he said.
Furthermore, Courtenay explained that the Government is obliged to pay the managing authorities and then pay the teachers. That is an arrangement that occurs on the basis of a year and they disburse it monthly. “The rules specifically say that if government wants to change the system they must give one year’s notice. So in their proposed deduction of the teachers’ salaries, there was no such notice given. This was an arbitrary high-handed action by GOB with the intention to punish the teachers,” he ended.
Luke Palacio, President of the BNTU, declared that seeking a legal action was mandatory after the bold intentions of the Minister of Education Honourable Patrick Faber. “Our teachers have said to our managers, we will continue to do our work,” said Palacio. “We are prepared to do everything that we were doing before we went to strike. But the Minister, who is clamouring to become our next Prime Minister, decided that he is going to punish us.” 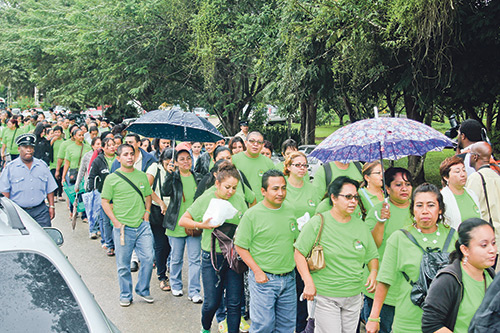 Following the ruling, the Ministry of Education through Chief Education Officer Carol Babb accepted the judge’s decision but again, she refrained from giving a date on when the full payment will be made to the teachers. “What we will have to do now is to try and make the full salary available for teachers, but I can’t say when,” said Babb. Since the pay sheet, including the deduction, has already been processed there is no way to adjust it. “For that adjustment to take place, it needs about two weeks. So I can’t tell if the full salaries will be ready by this Friday, November 25th. It is highly unlikely that it will be available,” she said.
This small victory for the teachers only forces the Government to pay teachers’ salaries without any deductions. However, the case is not closed yet, and GOB will have another opportunity to try to prove their case. If at the end of the trial, Government wins the case, the deduction may occur at a later date. The next hearing will take place on December 16, 2016.