In Belize, the academic calendar requires both students and teachers to be in session for 180 days. However, the 11-day strike led by the Belize National Teachers Union (BNTU) has caused disorder within the Ministry of Education (MOE), which declares that students and teachers have to make up instructional time missed by the strike. On Thursday, November 3rd, the MOE proposed to add six additional days to the academic 2015-2016 school calendar. Chief Education Officer, Dr. Carol Babb, announced that four extra school days will be added in January and two extra school days will be added in April. 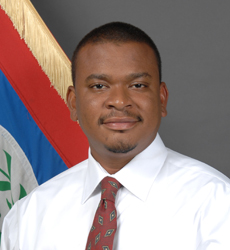 Prior to the announcement, Education Minister of the MOE, Patrick Faber, disclosed in an interview with Love News that any extra time given by the teachers would be compensated. However, President of the BNTU, Luke Palacio, responded and said that teachers were not asking for any compensation because they were fully aware of having to make up time. “The teachers and union have said they were prepared to make up the time. They were not asking for any compensation because they were prepared to make up the time. The minister has decided, along with the Chief Education Officer, that teachers were not going to get away, and they were going to punish us despite we have said,” Palacio said.
In response, Minister Faber explained that it is the chief’s responsibility to ensure that one hundred and eighty contact days are completed. “It is the prerogative of the Chief Education Officer, and it is the duty of the Chief Education Officer to make sure that we have the right number of contact days. And with the eleven days missed by the strike action…the proposal is to add on six additional days. It is not the full makeup time, but you will also have to understand that if we have to compensate the teachers, whether they were teachers on strike or whether they are teachers who were not on strike, we have to find the funds to do so. If it is, we try to make up the entire eleven days, then that is utilizing all such monies and I don’t think that it would be fair for us to not compensate those teachers who were not on strike and in fact would be required now to make up time with those additional days,” said Faber. 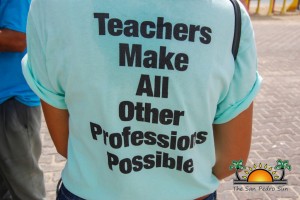 In addition, Faber announced on Wednesday, November 2nd that teachers who participated in the strike will be docked of their salaries since the deadline to submit pay sheets was on November 2, 2016. Every month, the management of pre, primary and secondary schools are required to submit their pay sheets for their teachers by the first Wednesday of the month. The MOE announced in October that deductions were to be applied that same month, but Faber’s willingness to negotiate with BNTU allowed teachers to receive their full salaries for October under certain conditions. Faber has offered for Palacio to use the BNTU’s Strike Fund, but Palacio has rejected that notion. “As far as we’re concerned today is the deadline for the submissions of pay sheets as I had indicated to Palacio in my communication with him via email that Ministry would stand committed to engage in that kind of discussion so long as there is time…we have to proceed and we will proceed with the deductions in the month of November,” said Faber.
The council of management of the BNTU gathered for a meeting on Saturday, November 5th to discuss the latest announcement, but details of the meeting have not yet been released.

Under the Sun: Congratulations international graduates!