The Belize National Teachers Union (BNTU) industrial action is nearing two weeks since it began early this month. The nationwide strike by teachers demanding good governance, transparency and an adjustment in their salaries from the Government of Belize (GOB), has left thousands of students without classes in their first term. It seemed that a solution to the issues seemed far from happening, but GOB and the BNTU finally agreed to sit again and discuss how this matter will be put to rest.
After a Cabinet meeting on Tuesday, October 11th, Prime Minister Right Honourable Dean Barrow sent out a letter to BNTU’s President Luke Palacio scheduling a meeting with the Union for Thursday, October 13th at the Biltmore Plaza Hotel in Belize City. In the official note from the Office of the Prime Minister he stated that another body which he links to the teachers Union, the NTUCB, was in the process of scheduling their meeting with the Prime Minister. Barrow urged the BNTU to be part of that meeting. “Whatever understanding the Government and BNTU might reach in an earlier meeting would thus have to be canvassed again at the later meeting with the (National Trade Union Congress of Belize) NTUCB to further address the issues raised,” emphasized the letter. 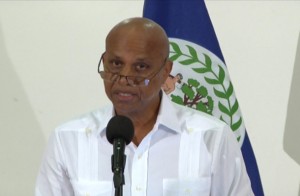 On that same day, the teachers’ strike received major support from the Caribbean Union of Teachers (CUT) who wrote to Prime Minister (PM) Barrow. They appealed to him to seek an amicable resolution to the on-going situation which is becoming chaotic. In the letter, the CUT the pointed out that the BNTU has been patient to ensure that the collective bargaining agreement process is preserved. “The actions of the Government negotiating team demonstrate a lack of respect for this internationally accepted principle. They have unnecessarily delayed a process that would regulate the working relationship between teachers and the employer is unacceptable,” cited the letter. The CUT also stated that they cannot accept a situation where any government seeks to make workers worse off by failing or refusing to agree to make the necessary salary adjustments that would assist citizens cope in this economically critical time. 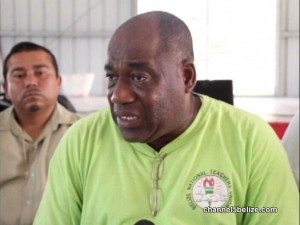 A day later -on Wednesday- GOB, via a press release announced that the BNTU had accepted to meet with Prime Minister Barrow on Thursday as requested. In the note, GOB stressed their optimism about the positive results they hoped the meeting would yield and that the strike would come to an end. The night before their meeting with the Prime Minister, several groups of teachers in different parts of the country held candle light vigils and continued asking the general public for their total support in order to find a definitive solution to their cause.
Unfortunately, the outcome of that sitting was not positive, thus, the teachers’ strike will continue. The Government and the BNTU could not reach a resolution on the on-going dispute, and according to Palacio the situation just got worse. “There were certain issues that we thought the Prime Minister could have agreed on, but we see that it has gone in a different direction,” said Palacio.
The meeting did not really touch on the 3% salary adjustment and one of the main topics discussed was the removal of Godwin Hulse as the Minister responsible for police. Prime Minister Barrow made it clear that he could not agree to such request. “I was quite clear that government cannot and will not accede to that,” said Barrow. At the end of the meeting, which lasted over three hours, PM Barrow spoke to the media, stating that he hopes the Union will accept the Government’s stand on the issue.
The Union expressed disappointment on the outcome of the meeting, saying it would meet with stakeholders at the end of the week to decide what the next step will be.
In the meantime, The Belize Chamber of Commerce and Industry has voted in favour of a one day countrywide shutdown in case no final agreement is reached between Government and the BNTU.