The proposed term changes to Belize’s US$530 million super bond have been rejected. On Tuesday, January 17th, a recently appointed Bondholder Committee confirmed the news through an official statement. According to the Committee, the changes suggested by the Government of Belize would not just reduce the net present value of the bond by almost 50%, but they were also considered premature.
Belize launched a consent solicitation on Thursday, January 12th, attempting to convince bondholders to amend the amortization schedule and lower the coupon on the note, which Belize has declared unable to pay. The Committee indicated that Belize is asking for a further 40% reduction on top of the cumulative 50% reduction already given in two previous restructurings. 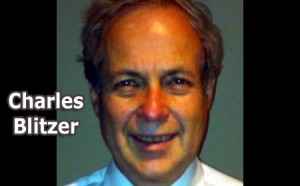 Adviser to the Committee Charles Blitzer told Belizean media that bondholders will not abide repeated restructuring. “In the view of the bondholders, this is the third time that Belize has asked for debt relief with the same underlying obligations, which is unusual,” said Blitzer. “The reason why we are not ready to accept Belize’s offer is because we, the bondholders, cannot be the solution to the problem. It has to include a strong program adjustments by the Government to reduce crisis risk that will tell us that Belize is indeed turning a corner and not putting itself in the position of asking for another debt relief two or three years from now.”
Blitzer outlined the Committee’s concerns and laid out the details about what it expects from Belize. “We are proposing a roadmap to go forward, however we need more information on what their plans are and if Belize is planning to do sufficient work in bringing down crisis risk,” said Blitzer. He stated that all these recommendations from the bondholders are to ensure that this situation does not repeat itself again.
Mainland media questioned Blitzer if the refusal from the bondholders to accept Belize’s terms has anything to do with what was said at the recent Sitting of the House of Representatives on Friday, January 13th. Prime Minister Dean Barrow had threatened ‘an economic war’ if two of Ashcroft companies, Belize Social Development Limited and BCB Holdings, attempted to collect on arbitration awards upheld by the U.S Supreme Court. Blitzer denied that their decision was linked to the arbitrary awards situation. However, according to Blitzer, they are considering the reaction and payment of the awards as part of the overall fiscal situation that they must consider in ultimately deciding whether to accept Belize’s offer for a third time. “The bondholders need to see a clear picture of the fiscal situation going forward and the balance of payments situation. Also they need to see how the arbitration awards are dealt with,” said Blitzer. According to him, he does not see Belize at that stage of commitment yet.
However, despite the bad start towards a possible restructuring of the super bond, which expires in 2038, Blitzer says that the negotiation between the bondholders and Belize continues to be in good faith. But he emphasized that the end result must be that Belize does not ask for yet another restructuring. Belize is yet to respond to the bondholders’ rejection.
In the meantime, the consent solicitation launched to try to convince the Committee remains open until Thursday, January 26th.