« Older: U.S. Presidential Determination with Respect to Foreign Government Efforts to Combat Trafficking in Persons
Newer: » Speaker of the House of Representatives of Belize attends the 36th Session of the ACP-EU Joint Parliamentary Assembly


In April of 2019, Belizeans will have the opportunity to decide if the International Court of Justice (ICJ) will settle the Guatemalan territorial claim by voting in a nationwide referendum. Taking the dispute to the ICJ is strongly supported by international law experts, diplomats and even members of the international press. To better inform the Belizean public on the process, The San Pedro Sun was part of a delegation of Belizean media houses who traveled to the ICJ located at The Hague, Netherlands from November 25th to the 30th. After a week of discussions with scholars of the ICJ process, they all encouraged Belizeans to take advantage of this opportunity and to trust the ICJ. 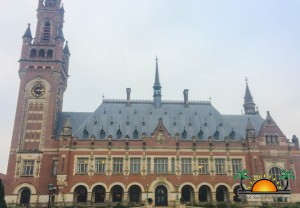 The trip to The Hague was made possible through the Embassy of United States of American in Belize via a project called ‘From Fear to Facts: Demystifying the ICJ.’ The ICJ is the highest judiciary organ of the United Nations and adjudicates two types of proceedings. It accepts contentious cases (legal disputes between two countries) and advisory proceedings or requests for legal opinions.
Experts explained that the 15 judges solving the cases are of the highest integrity and carefully examine each case before delivering a final judgment. After both parties have given consent to the ICJ to solve the issue, the evidence (memorial and counter-memorial) are submitted to the court’s Registrar in a document no less than 150 pages and no more than 300 pages. This is known as the first round of written pleadings and would take up to 18 months to conclude. Once this process concludes, judges will deliberate and then deliver judgment at a public sitting. The proceedings are known to take up to five years, and it is important to have a well prepared ‘Agent,’ who will gather the information needed for the case. The agent is either an attorney or an individual native to the country who is well versed on international law and foreign policy. The agent may also be required to answer questions or provide explanations for the court during the hearing whenever it may be needed. Another instrumental member of the legal team in both parties is the Ad-Hoc judge, who will assist in explaining the information supporting each case but will act independently and will not have any communication with either party’s government.
During the week-long discussions, the group also met with Belize’s Ambassador His Excellency Dylan Vernon to Belgium and the European Union, who encourages Belizeans to head to the ICJ. He indicated that Guatemala has no title over Belize and that the 1859 treat which defined Belize’s borders is still valid, contrary to Guatemala’s claim that such treaty is void null. According to him, disputes are decided based on international law, international customs and general practices of law. Vernon confidently affirmed that Belize’s arguments to be presented before the ICJ are so strong that Guatemala will be at a great disadvantage. 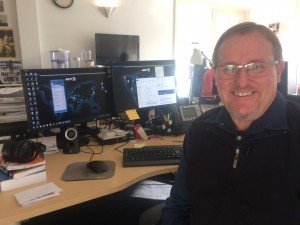 Belize’s chances of winning at the ICJ were also boosted by Jan Hennop, a South African Journalist with the Agence France-Presse (AFP) in The Hague. The AFP extensively covers cases going before the ICJ and Hennop has been on top of them. He deems the court as the most trusted legal institution where fairness can be expected, and if you have your facts together, then there should be no fear at all. “I most certainly would have confidence in the ICJ,” he said. “I think that one of the things that you see in this court is that the information is well protected and the reason why they do that is to make sure that there aren’t certain rumors that are leaking out at various stages of the process,” Hennop added that although for Belizeans this court might be far away and unfamiliar, perhaps it needs that perspective to look at cases from the outside to make a good judgement.
In the meantime, an educational campaign continues throughout Belize with presentations on why the ICJ is the best path for the country. The campaign will culminate before April 10, 2019, when Belizeans will take to the polls and vote either yes or no to have the matter solved at the ICJ. Guatemala held a similar referendum in April of this year, and although their turn out was only 26% of their total registered electorate, the vote was an overwhelming ‘YES’ for the ICJ. If the vote in Belize is a ‘No,’ there are speculations about tensions heightening at the border and further illegal incursions by Guatemalan peasants. Also, it is expected that foreign aid to Belize will decrease from the international community.