A total of eight Belizean journalists along with a cameraman are in The Hague, Netherlands to learn more about the United Nations’ (UN) judiciary organ, the International Court of Justice (ICJ) and report to Belizeans on its procedures regarding the solution of territorial disputes. Belize has a long-standing territorial dispute with Guatemala and is bound to hold a referendum next year in April of 2019, on whether to go to the ICJ. The Belizean media visit is part of a two-phase educational program called ‘From Fear to Facts: Demystifying the ICJ’ and sponsored by the United States Embassy in Belize. For the remaining of the week, the group will meet with diplomats, experts on the topic and will even visit the Peace Palace where the ICJ is headquartered. 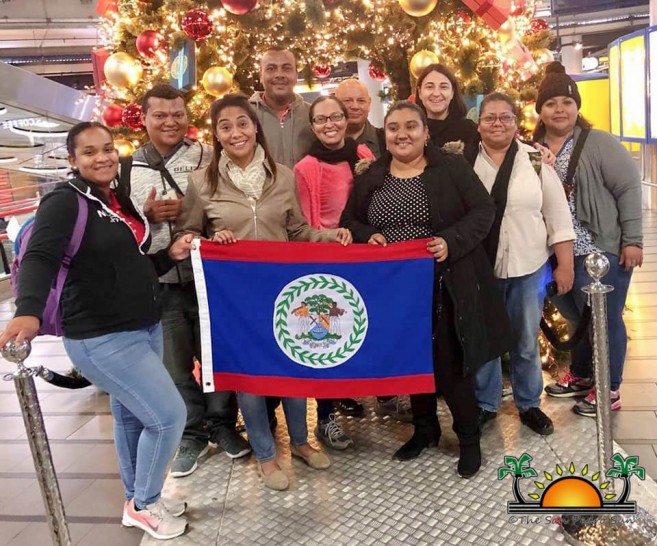 Heading the delegation is Natella Svistunova, Public Affairs Officer at the American Embassy in Belize. She shared that this trip is for the Belizean media to become well versed with the processes of the ICJ, and informed the Belizean people. She expects that with this new information provided to them, Belizeans will not fear the idea of this court but make a responsible decision based on facts. 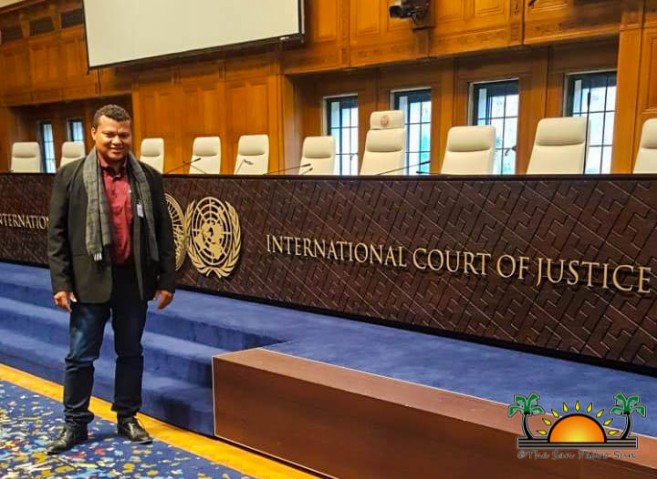 San Pedro Sun’s reporter Dion Vansen is part of the group, which will be in the Netherlands from Sunday, November 25th through Saturday, December 1st. On Monday, November 26th the group had their first chance to look at the city itself and received an orientation meeting and held discussions with foreign diplomats knowledgeable with the matter. The discussions touched on the aspects of the ICJ, emphasizing that the Court delivers its judgments based on international law only. The ICJ will look at international conventions as well as treaties related to the dispute and will make a verdict based solely on facts.
The characteristics of the court include its 15 elected judges, which look at the cases. But besides them, countries submitting a dispute can also nominate what is a called an Ad-Hoc Judge to help them with the case. This is an independent judge, not a national of either country, but with the vast knowledge of international law. The Ad-Hoc will have knowledge of the dispute and will voice the respective country’s regarding the issue, but it will not establish any contact with the government of either party. In this case, he will act independently and will not be instructed by the party that nominated him or her.
Another process includes the services of an agent at the court. This person will submit the evidence to the court on behalf of the respective party. It is recommended that the agent be a citizen of the country and have a strong knowledge of international law and foreign policy. 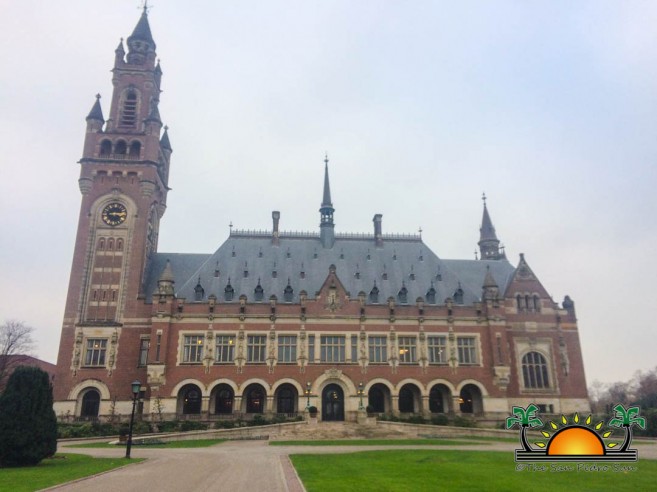 Following the necessary submission and arrangements, the ICJ holds a meeting with both agents to set a starting date for the case. The case with the petition by the claimant of no less than 150 pages detailing their demands. In this case, Belize would then dispute the arguments presented by the other party. This initial process can last up to 2 years.
If Belize-Guatemala dispute goes to the ICJ, it is estimated to last for at least five years and it will cost millions of dollars. Despite the Court ruling being final, it cannot be enforced. In such a case if a country does not abide by the ruling, the UN Security Council is asked to intervene. One of the interventions can be via sanctions implemented on the non-abiding side.
In the meantime, The San Pedro Sun will continue to bring you updates from The Hague. A visit to the Peace Palace is next, along with more meetings with experts on this topic of national interest for all Belizeans.