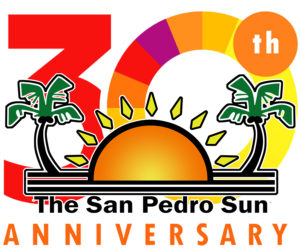 Today, March 14th, The San Pedro Sun celebrates 30 years of serving our beloved San Pedro! It is hard to believe all we have reported on over the last three decades and the changes our island has seen during that time. With the support of island businesses and the global community, The Sun has grown from humble beginnings to a vital news source for thousands of readers each day.

According to owner, editor Tamara Sniffin, this is a huge milestone for the paper she and her husband Ron have owned and operated for more than half of its life. “It is a great honor to be part of a community institution like The San Pedro Sun. When we purchased the paper in 2004, we knew we would grow along with our community, but wow to think that where our office is once had sand roads and we first had to produce the paper by cutting and pasting pages to fly to our printers in Belize City via Tropic Air, life sure has changed! Over the years, we have enjoyed the prosperity of tourism and growth on the island and have worked with many wonderful people and businesses. Of course, like everyone else, our company is now very different due to the COVID-19 pandemic. “

How it all began

In 1981 the first printed publication in San Pedro was “The Village Shopper,” which Linda Cornelison started. The newsletter was more about shopping (which is hard to imagine the shopping options 31 years ago in San Pedro) than news, and in 1982 the publication evolved into The Coconut Wireless, featuring a few community-based columns. 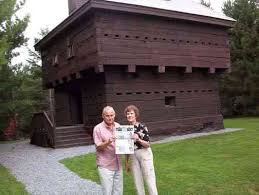 The Coconut Wireless was the first paper to be sporadically published on the island, and Linda Cornelison was the owner, editor, and publisher. Other residents on the island, including Victoria and Bruce Collins (deceased) and Woody Canaday, worked with Cornelison to put out the first issue. When Cornelison had to be away, the Collins’s and Canaday kept the Wireless going, putting 13 issues out and bringing the newspaper out of debt!

In November of 1990, Cornelison returned and took over the publication once again, but plagued with personal issues, she eventually ran into legal problems, was incarcerated for some time (talk about headline news!), and The Wireless ultimately failed to exist.

In the meantime, Bruce and Victoria had been in the stages of preparing their own newspaper, and after the inevitable demise of the Coconut Wireless, went into a full print mode. On March 14th, 1991, the first issue of The San Pedro Sun was printed. Their first office was inside Fido’s Courtyard and prepared using a Brother word processor until the first computer was purchased from Jeanette Salfeety. The paper went cyber in July 1996 when it started a website page on the popular www.ambergriscaye.com website.

In 1996, the newspaper was sold to Dan and Eileen Jamison, who moved the paper process to their home upstairs of what is now Saga Humane Society’s current location. After running the paper for seven years and thoroughly enjoying the opportunity to work with the San Pedro community, they sold the paper to Ron and Tamara Sniffin in September 2004. The Jamison are now the owners of the super delicious “DandE’s Frozen Custard” on Pescador Drive.

The Future of The Sun 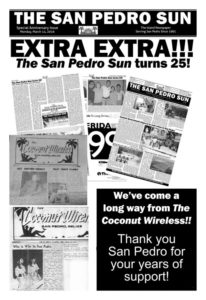 For Ron and Tamara, the growth of The San Pedro Sun has been incredible. Circulation quadrupled, and a Visitor Guide that was launched in 2005 evolved into a monthly magazine in 2013 as My Beautiful Belize. “Owning a community newspaper comes with great responsibility and commitment, regardless of the challenges we may face. Five years ago, we celebrated our 25th anniversary by treating our longtime advertisers and friends to a cocktail sunset cruise, and we had a staff of six. Now, printing the paper or My Beautiful Belize is no longer viable as our advertisers are struggling. However, our website has seen a tremendous increase in traffic over the last year, all while we are down to one full-time reporter, Dion Vansen, and one part-time media coordinator, Janelle Cowo. The three of us make a great team! Despite the changes, our workload and demand for news have done nothing but increase, and I am proud to say we have not skipped a beat. We continue to work tirelessly for our community who depends on us for news,” Tamara reflects. “We embrace those who have supported us along the way and are thankful to be part of their success through featured articles and advertising. Without them, we could not be what we are today and thank our community from the bottom of our hearts.”