Belizean Media prepares to travel to the ICJ


Belize is less than six months away from its national referendum to decide whether to take the Guatemalan territorial claim on Belize to the International Court of Justice (ICJ). In an attempt to inform the Belizean people on such an important national issue, the Embassy of the United States of America in Belize is facilitating a project dubbed ‘Fear to Facts: Demystifying the ICJ.’ The program will see a group of Belizean journalists traveling to The Hague in the Netherlands, where the ICJ is located, for an educational visit. The San Pedro Sun is one of those media houses selected to be part of this trip. The trip is scheduled in late November of this year, and reporters have so far travelled to Mexico City for their Schengen Visas to travel to Europe, and spoken to persons supporting the ICJ notion. 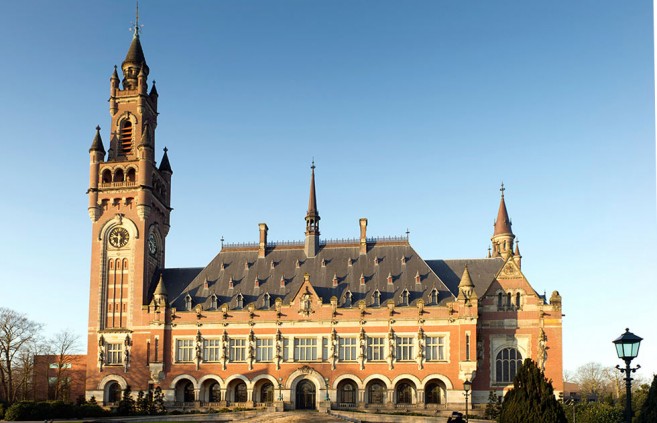 The main purpose of the trip to The Hague is for the Belizean Media to get a better understanding of how the ICJ works. Many Belizeans are hesitant of the idea of having this court resolve the centennial territorial issue with Guatemala, as little is known about it. The Government of Belize is hopeful that Belizeans will support the idea to have this court solve this dispute. San Pedro Sun’s Senior Reporter Dion Vansen was in Mexico City on Friday, October 26th, where he briefly spoke with Belize’s Ambassador to Mexico, His Excellency Oliver del Cid. 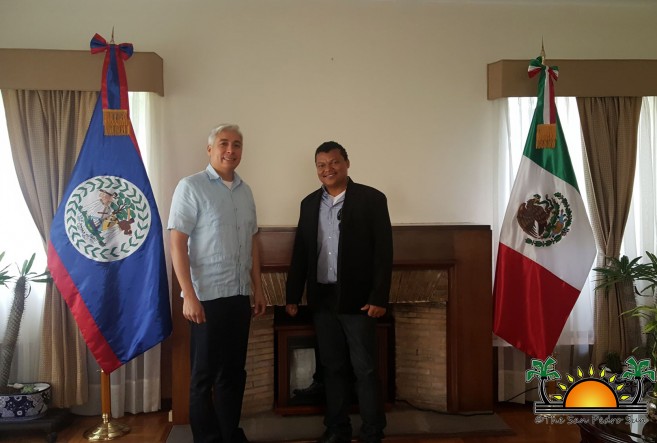 Del Cid believes that before Belizeans make a decision on the matter, they must be well informed. “Belizeans need to be very familiar with the facts regarding the ICJ,” he said. “We must note that the judges assigned to the court are well experienced and professional, and they base their verdicts on international law.” Del Cid added that the idea that Guatemala may not comply with the court’s decision if it favours Belize, is non-existent, as Guatemala is not in the position to do so. He commended the idea that Belizean journalists will be visiting the ICJ to be better-informed Belizeans on its processes. 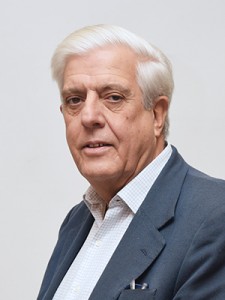 Mexican Attorney, Carlos Bernal Verea is a former ICJ advisor for Mexico and current professor at the Instituto Tecnologico Autonomo de Mexico in Mexico City. Verea says that he is familiar with all the processes of this court, which he describes as complicated and extensive. According to him, Mexico’s only case before the ICJ involved a breach by the United States Of America in the Vienna Convention by not providing immediate consular access to 54 Mexican nationals who were arrested, tried and sentenced to death. Verea was part of that team in 2003 that took the case to the ICJ, and a year later the verdict was ruled in favour of Mexico. However, Verea admitted that the ICJ has no enforcement arm, and thus reaching the United Nations Security Council does not have much of an effect. But he deemed the 17 jurists as great, and the court as the most impartial possible court in the world. He also added that for the first time ever the court did not vote for a British judge, but rather has judges from the Caribbean and South America.
Verea also clarified that judges are not representing any nationality, and as Del Cid said, their judgement is based on international law only. As for the chances Belize may have against Guatemala in the ICJ, Vera said that the 1859 boundary treaty between Great Britain and Guatemala would be the essence of the case and in his limited knowledge of the dispute, he believes Guatemala has very little rights over Belize.
As the trip to The Hague draws near, the United Nations Development Program hosted a two-day media training on Tuesday, October 30th and Wednesday, October 31st, via a grant from the American Embassy in Belize to train Belizean reporters in how to report referendums. The workshop was facilitated by media specialist, Robert Powell from the United Kingdom. The two-day workshop covered best practices for reporting on the referendum, votes and results. At the same time, it touched on the promotion of informed and peaceful debates, and fair and balanced reporting as the country heads to the referendum to be held on April 10, 2019.

ACES asks community to Light It Up Blue