ICJ and the State of Emergency highlighted during Independence Day Ceremony


On Friday, September 21st, the official ceremonies that commemorated Belize’s 37th Independence anniversary were held as customary at Independence Hill in Belmopan City. The patriotic event saw the attendance of Belize Diplomatic Corp and foreign dignitaries among other invited guests. During this year’s address to the nation, Deputy Prime Minister Patrick Faber delivered the speech on behalf of Prime Minister Dean Barrow who was not available for the event. He spoke on various projects that the government has embarked on as well as on issues of service delivery, national security, the economy, infrastructure and the future of Belize as a country. As per tradition, the Leader of the Opposition John Briceño also had the opportunity to address the Belizean public, highlighting the many national issues the country is confronting. 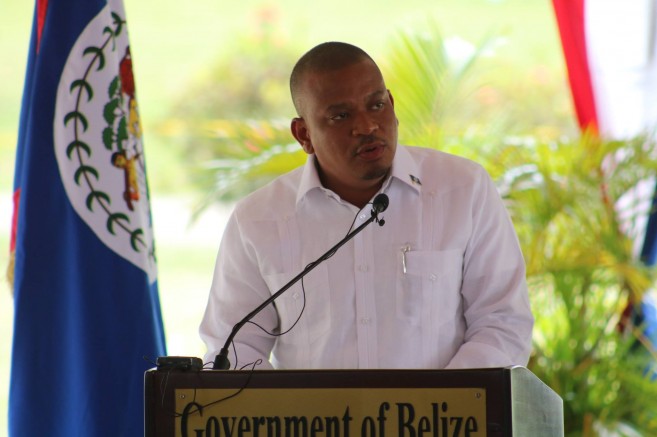 Acting Prime Minister Patrick Faber began by speaking of the improvement of technology in the country in order to improve the level of service to the public. “We realize that the quality, accuracy and integrity of the services that we provide to the public is fundamental to good governance. Since independence, government has not kept up to pace with technology and up to today, we remain mired in antiquated ways of delivering services to our people. It is our determination to ensure that every Belizean client is treated with respect, honesty, efficiency and service at the best possible cost to taxpayers are also of paramount importance. At the very top, we in cabinet will be moving toward a digitized e-Cabinet system, and will be setting the example for the rest of government for a system-wide digital transformation that will see marked improvement in the level of service to the public over the next two years.”
Faber further spoke on the territorial dispute between Guatemala and Belize, stating that their efforts to peacefully address and resolve this territorial claim by Guatemala will arrive on April of 2019. “As Belizeans we must participate in a referendum to decide whether this generational question should be taken to the International Court of Justice. This action, one more step in the efforts by countless patriots over many years, will reflect the true sentiment of our Belizean populace, and will undoubtedly set the stage for a possible final resolution of the this dispute,” he said.
In his remarks, Faber also touched on the state of public emergency as the answer to crime. “This vexing problem of crime has to be tackled with all our might. Our recent move to declare urban violence in Belize City as a national emergency was one that was necessary, and in my mind an appropriate response to what has become no less than a national crisis,” he said. According to Faber, since the detention exercise in early September, they have seen a decrease in the number of street killings. He further states that this is proof that these small groups of young men, members of gangs, are involved in turf warfare, armed with dangerous weapons, and have been the main contributors to the spree of violence that dominated the headlines. “While caution is being taken to ensure that the rights of all Belizeans are respected, we must ensure that the safety and security of law-abiding citizens are placed at the forefront, and if drastic measures have to be taken to ensure this, so be it,” said Faber. 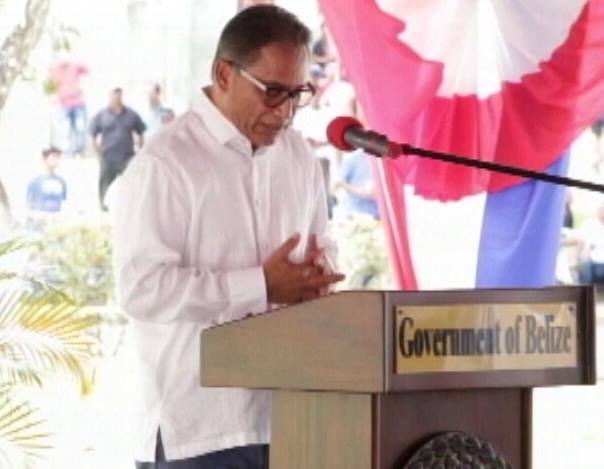 In contrast, Leader of the Opposition John Briceño decided to focus his address on the national issues Belize is confronting as a nation, including Belize’s territorial dispute with Guatemala. “When you think about our territorial integrity, which is one of our most important national issues, we must admit that what was true thirty years ago, or even ten years ago, does not obtain today. Belizeans are no longer able to visit Sarstoon Island or traverse the Sarstoon River freely without being stopped or restrained by Guatemalan naval officers who inform us that we are in Guatemalan waters,” he said. “If you pause to consider how much we respected and value the rule of law, or our fidelity to a fair system of justice and how much pride we had in our government institutions, built over the years on decency, honor and merit and how those institutions have been broken or even crippled, it can cause us to despair.”
Briceño’s address concluded by stating that the healthcare system also remains an area of concern in our country. “We are troubled by a failing health system that is not addressing the chronic diseases affecting us, that is not poised to guide us to appreciate the change that is needed to lead a healthy lifestyle,” he said. “Belizeans also want a more equitable health care system that is affordable and that offers quality healthcare for all.” Briceño also added that Belizeans want leadership that is ready to take the action required to provide everyone with a place where they can be happy to go home and opportunities for them to own a piece of land. “We are ready to usher in an age that will bring about an end to their friends and family living from day to day, under the stress of low and stagnant wages while the cost of living continues to rise.”

Belize and Guatemala Agree on Next Steps in Negotiation Process