Hundreds of island students gathered at the Angel Nunez Auditorium in San Pedro Town for the Annual Children’s Rally, held on Friday, September 14th. The rally is part of the September Celebrations activities held countrywide, with the purpose of promoting patriotism among Belizean children. Under this year’s theme: “Belize Da Fi Wi- Now & Forever, 8867”, attendees got to enjoy musical performances, poems, dramas, as well as inspirational speeches from special invited guests. 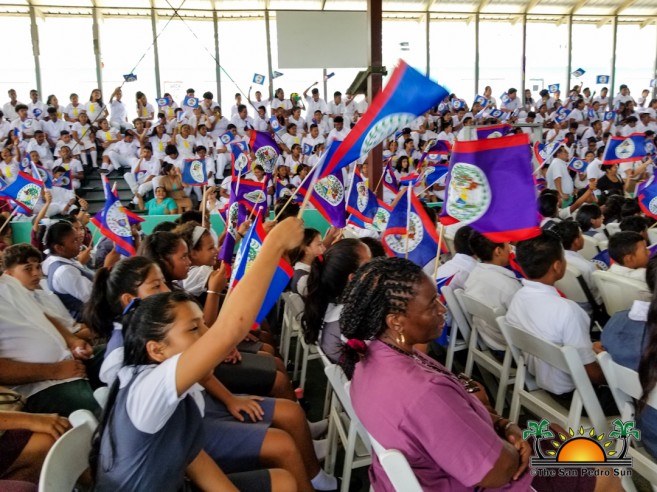 The Children’s Rally began at 9AM with a musical rendition of the National Anthem by the San Pedro Roman Catholic School, followed by the National Prayer delivered by New Horizon Seventh Day Adventist School. Master & Mistress of Ceremonies, Jorge Aldana and Ninel Pacheco then officially welcomed everyone to the event, and invited Karissa Vasquez to the podium to deliver the Welcome Remarks. 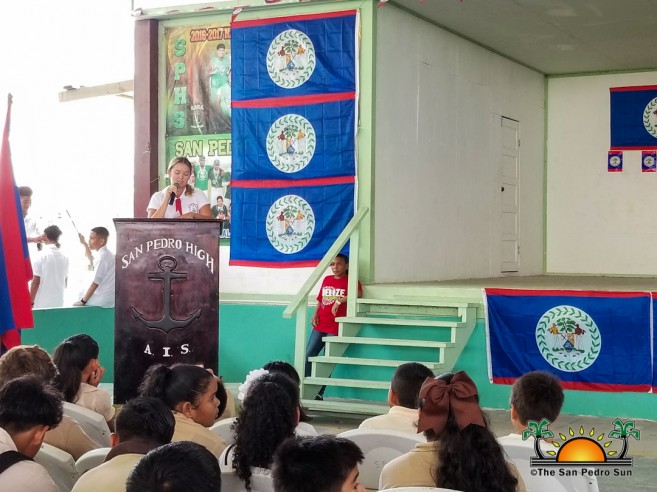 After Vasquez’s remarks, the crowd got to enjoy patriotic dances, poems and even a drama illustrating the re-enactment of the Battle of St. George’s Caye. Thereafter, San Pedro High School (SPHS) student, Alan Ayala shared some motivational words with attendees. “As youth we are the future of our country, so we should always try to make the right decisions even if we encounter difficulties.” 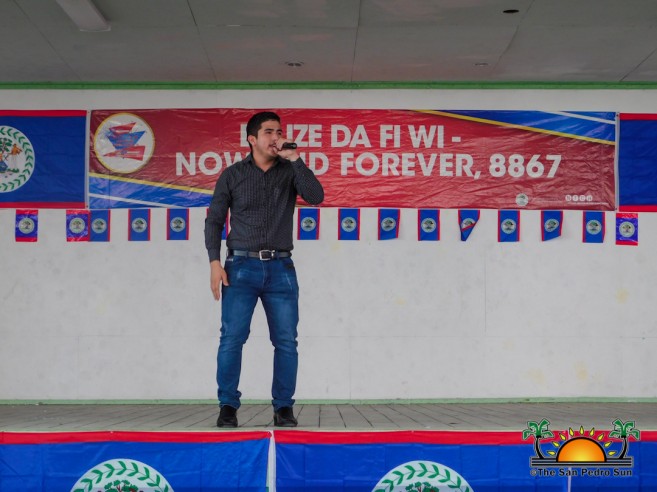 Motivational speaker of the day, Guillermo Rodriguez was then invited to the stage. Rodriguez was born and raised in San Pedro Town and is a former student of SPHS. He is a musician who recently placed third at KTV the Remix 2018 song/karaoke competition. After performing a couple of songs, he shared some inspirational words with the students presents. 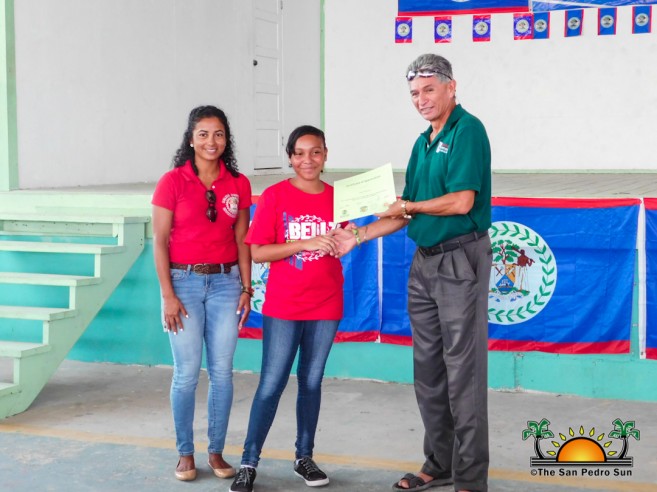 After an energetic and patriotic show, the students were treated to some snacks and drinks, followed by an early dismissal from school. Organizers of the event would like to thank all the schools that participated in the rally. Happy Independence Day Celebrations!