19-year-old Chelsea Muñoz became San Pedro’s 55th beauty ambassador after being selected Miss San Pedro 2018-2019 on Saturday, September 1st during the annual pageant. The anticipated show was held at the Honourable Louis Sylvestre Sporting Complex where five lovely contestants vied for the coveted title in a show that delivered creativity, poise, elegance and the best of entertainment. 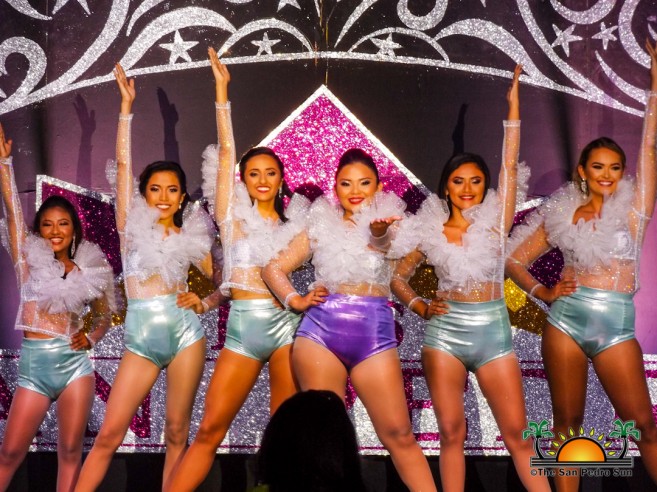 Hundreds of islanders witnessed the event organized by The San Pedro Town Council which started promptly after 8PM with the singing of Belize’s National Anthem. This was followed by a dance presentation of the San Pedro Dance Company. Master of Ceremonies (MC) Eiden Salazar Jr., then called on each on the candidates, who took to the stage and introduced themselves.

In the cultural segment, Borges modelled a colourful costume representing the Chinese culture in Belize, while Muñoz proudly graced the stage in her Mestizo outfit. Each participant briefly spoke about their representing ethnicity, speaking of the resiliency and rich culture of the group in the country. Noel depicted the Maya culture, while, Aban chose to represent one of Belize’s most vibrant ethnic group, the Garifuna. Finally Martinez closed the segment with her costume representing the North Americans that have made Belize their home.
Following that creative performance, the contestants slipped away giving the stage Marlyn Vansen, who entertained the crowd with her songs and well-choreographed dance performances. 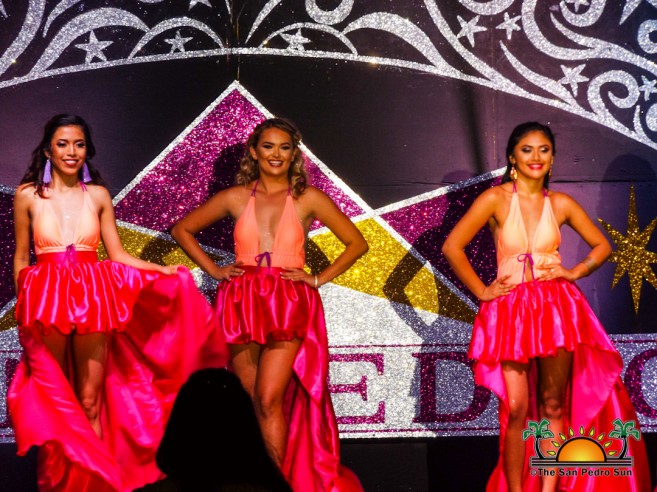 Next was the swimwear competition and each contestant lit up the stage with their presence. They drew loud applause and cheers from the audience as they modelled across the stage.

At the end of the segment, they once again retreated backstage to get ready for the most anticipated section of the show, the evening wear. During the intermission break, Marlyn Vansen was back on stage performing once again for the large crowd. 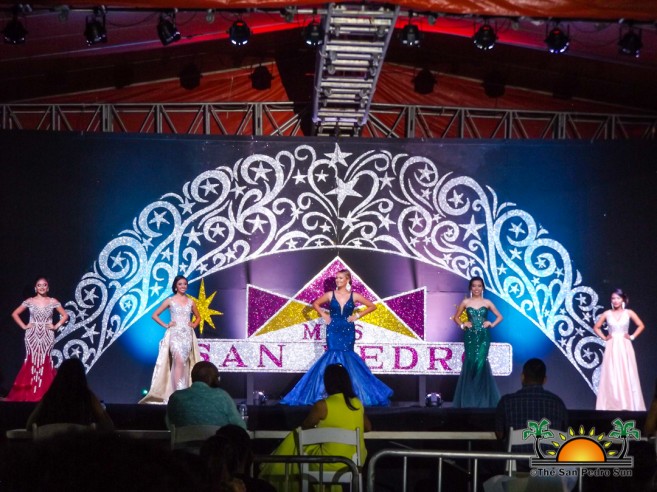 During the evening wear segment, the girls dressed in stunning gowns, gracing the stage and awing the audience. Each of the candidates smiled, modelled and pose with their sparkling dresses captivating the judges and the crowd. MC Salazar then introduced the final part of the show, the question and answer segment. The questions tested the girls’ knowledge about social media, tourism, and even the Belize-Guatemala territorial dispute. They confidently answered the questions to their best of their knowledge. 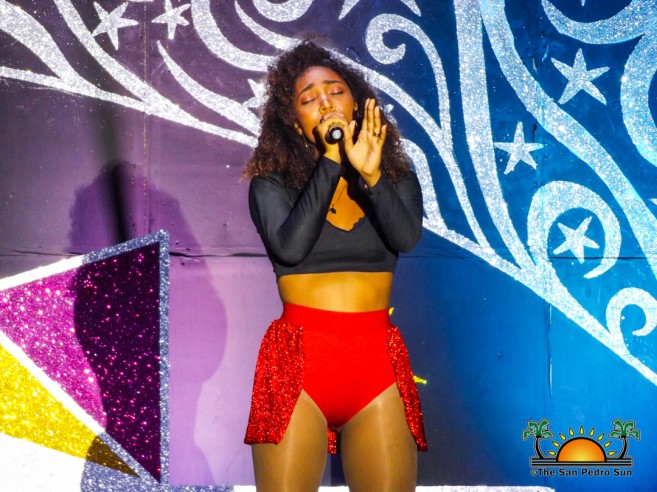 Vansen took to the stage for one last performance, while judges tallied their scores. Outgoing Miss San Pedro Vasquez then took her final walk on the stage thanking the entire community for their support during her reign. She wished her successor the best and encouraged other girls to follow their dreams and to always put God first. 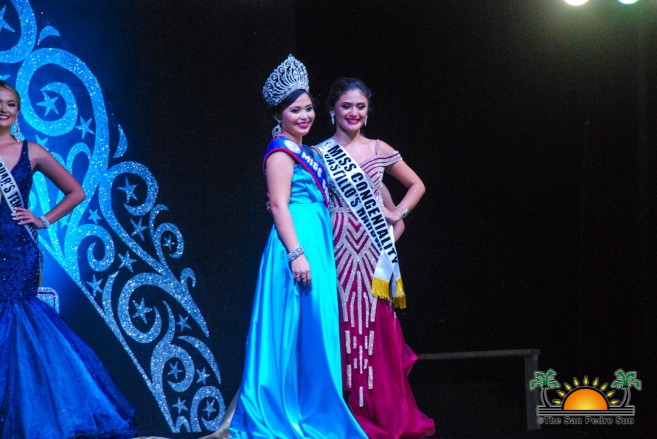 When the scores were in, Salazar announced the various prizes. The prize for Miss Photogenic went to Janelly Aban, while Miss Congeniality went to Seleny Borges. First runner-up went to Faith Noel. As first runner-up, Noel will need to be ready to up the duties of the winner in the event Miss San Pedro cannot carry on with her reign. 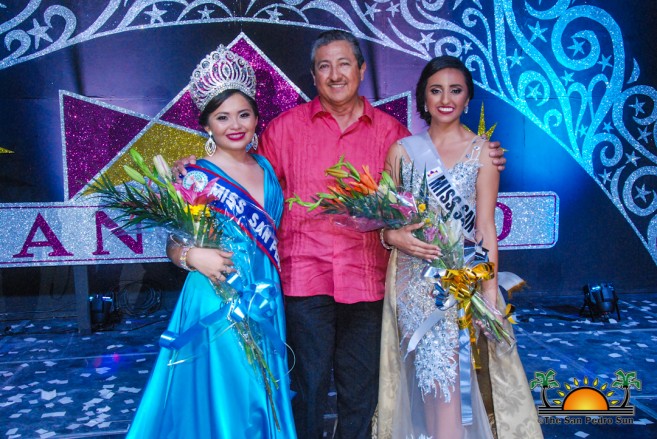 To the beat of drumrolls, Salazar then gave the announcement everyone was longing for, the new Miss San Pedro 2018-2019. Salazar paused and then revealed that Chelsea Muñoz had been selected as the island’s new beauty ambassador. She was sashed by and then presented with her bouquet while thanking the crowd and supporters.

Muñoz will be officially crowned on Monday, September 10th, during the first event of the patriotic festivities of the September Celebrations. The San Pedro Sun joins the entire island community in congratulating Muñoz and all the other contestants for another memorable show that has been recorded in the pageantry history of the island.

Aidan Williams and Amber Rivero are the new representatives for ACES