Belize officially handed over the Presidency Pro Tempore of the Central American Integration System (SICA) to Guatemala on Friday, December 14th during the LII Summit of the Heads of State and Government. Held at the Biltmore Plaza in Belize City, the meeting was chaired by the outgoing President Pro Tempore of SICA, Prime Minister of Belize Rt. Hon. Dean Barrow. With the participation of presidents from Honduras, El Salvador, Guatemala, and Ministers of Foreign Affairs from Costa Rica, Nicaragua, Panama, and the Dominican Republic, the meeting focused on topics aimed to better inter-country relationships as well as economic development. 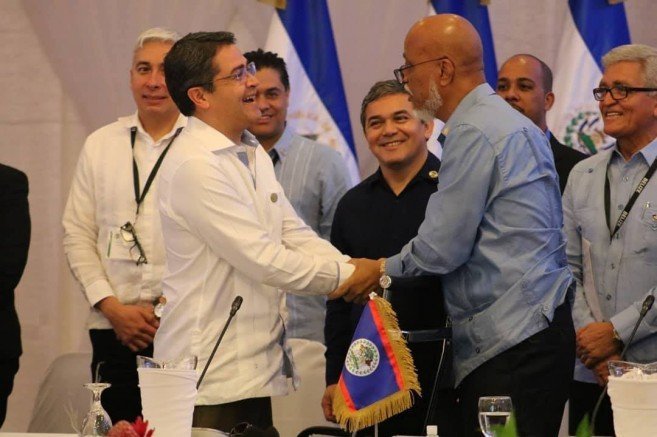 As the chair of the summit, Barrow was first to address attendees. In his speech, he highlighted the current challenges of climate change, migration, and crime and violence affecting the region. “Migration is a big issue, as is climate change. There is also the whole question in trying to improve the machinery to make the notion of integration more effective, have the secretariat function in a way that’s efficient and can get things done so that the countries can point to tangible achievements,” said Barrow in an interview. He went on to give an affirmation that “poverty and inequality remain at the center of these challenges, and for this reason, during the six months of Belize’s Presidency Pro-Tempore (PPT) it renewed focus on agriculture, health, and energy to ensure the inclusion of women, youth, and indigenous people in SICA Member States’ economic development.”

The closed meeting ended with the handing over of the Presidency which was accepted by H.E. Mr. Jimmy Morales, President of the Republic of Guatemala. Moralez will hold the title for six months until it is handed over to another country. During his tenure he must promote the five pillars of SICA integration; Economic Integration, Social Integration, Climate Change, and Integrated Risk Management, Democratic Security and Institutional Strengthening.