« Older: Belize officially hands over the Presidency Pro Tempore of SICA to Guatemala
Newer: » Belize Media engages with Guatemalans on the territorial dispute


On Saturday, December 15th, 2018, at the Ministry of Foreign Affairs in Belize City, the Speaker of the House of Representatives, Honourable Laura Tucker Longsworth, met with the President of the Central American Parliament (PARLACEN), Honourable Irma Amaya, who was in Belize attending the SICA Meeting. 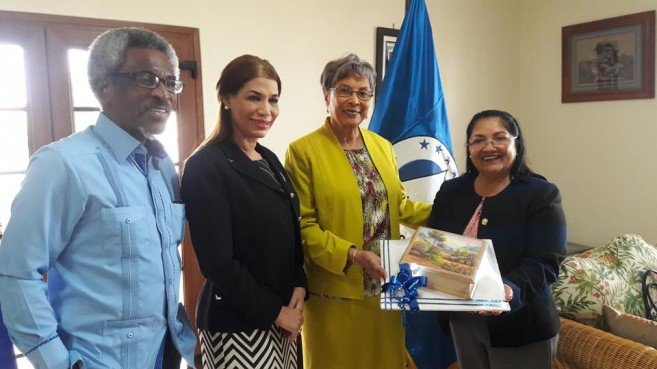 The aim of the meeting was to commence a dialogue between both parliaments in an effort to establish an inter-parliamentary relation in areas relating to politics, economics, environment, education and culture.
PARLACEN is a permanent regional institution that comprises of parliamentarians of Central America and the Dominican Republic, excluding Belize and Costa Rica, who are elected in their respective countries. It has a political and democratic representation in SICA, and its main objective is to promote the unity of Central America as a region of peace, liberty, democracy and development.

At the meeting, the Honourable Madam Speaker pledged her commitment to continue the dialogue with PARLACEN, with the hope that the National Assembly of Belize can in the future sign a Memorandum of Understanding that will result in our parliament working with PARLACEN in parliamentary projects for the promotion of frameworks/legislation for the region. For example, PARLACEN is interested in looking at our legislation that deals with issues relating to the human rights of persons living with HIV/AIDS among other issues of mutual interests. 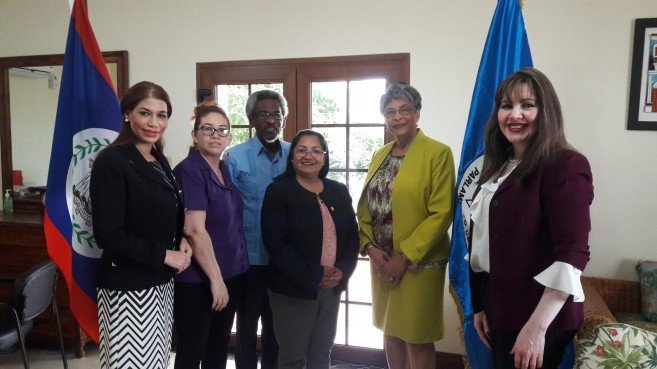 Government Primary School to come in 2016

Land borders to reopen at the end of May; sea entry remain closed