Following the incidents on July 23rd and 24th involving Guatemalan soldiers trespassing into Belizean territory, the Friends of Conservation and Development (FCD) stated that not only does this merit a solid protest to the Guatemalan government, but it should also be reported to the international community. FCD warns that not doing so sets serious precedence. The FCD also believes that an incident, which also saw the aggression of Guatemalan civilians against Belizean security forces, was an act of intimidation and provocation providing ‘fuel’ for the civilians to believe that this part of the country belongs to them. 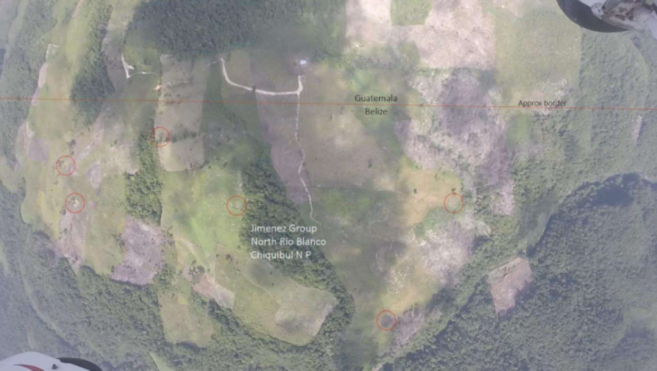 Belize’s Ministry of Foreign Affairs, Foreign Trade, and Immigration initially issued a gently worded press release saying the operation was carried out in full accordance with the Confidence Building Measures between Belize and Guatemala. These measures include thirteen agreements that were signed between the two countries in Placencia, southern Belize, in December 2014. Some of these agreements include the recovery of stolen cultural artifacts, students’ movement and seasonal workers, and sustainable tourism.

The foreign ministry further added that it would strongly protest the incidents to Guatemalan authorities.

The issue with Guatemalan illegal settlement and farming in Belize

After years of reports from (FCD) that Guatemalan farmers are illegally cultivating large areas of Belizean territory within the Chiquibul National Park in the Cayo District, the government finally made a move to deter such activities. A joint operation comprised of the Belize Defence Force (BDF), FCD, and Forest Department, was sent to destroy illegal plantations and structures at a farm run by the Jimenez family, which extended into Belize was. The task was not easy as members of the Jimenez family and other Guatemalan civilians living along the border exercised significant resistance and even shot at the Belizean patrol.

The FCD recounted the incident explaining what transpired during those two days. The FCD reported that the Jimenez farm had advanced into Belize since 2010, but the government never attempted to address the issue. This area is located 4.5 kilometers north of the Rio Blanco Conservation Post. In recent years, the Jimenez family has invested in major water reservoirs built by bulldozing ponds and erecting fences. The area being used for crops and cattle ranching is over 350 acres.

The report indicates that the Guatemalan civilians shot at the Belizean patrol on the first day of the operation. An FCD ranger and a BDF soldier fired back, causing no casualties. Afterward, a Guatemalan military helicopter was documented flying in Belizean air space leading to the arrival of ground troops. One of the commanders from the Guatemalan army, Captain Espinoza, walked across the border with a group of soldiers 520 meters inside Belize, confirmed by GPS grids (0267684-1834215). Captain Espinoza said he was investigating the earlier shooting. BDF personnel informed him that a group of Guatemalan civilians had threatened them, and two of them who were armed had fired the first shot at FCD Rangers. A Ranger had returned a shot followed by BDF also firing. After further questioning, Espinoza left with his soldiers. 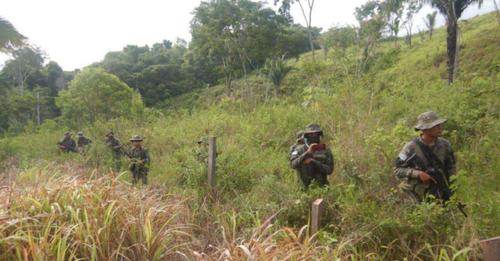 According to the FCD report, the following day, at 8AM, many Guatemalan soldiers were observed in some hills with civilians inside Belizean soil. Ten of the soldiers led by Lieutenant Jesus Merida further moved into Belize, verified by GPS grids (0267684-1834215) to check what the Belizean forces were doing. He lamented the loss of the villagers as roughly 80% of their structures and crops that were on Belizean soil were destroyed. Merida asked if the Organization of American States had verified the crops were in Belizean territory and if the villagers had been informed. He understood that he was inside Belize and that the destroyed crops and fences were inside Belize. Merida was also told that the Jimenez family, who hires local people to work for them, well knew of their illegal cultivation for years and that the stretch of land used by them kept on expanding. Merida was also told to inform the Guatemalan civilians that this was already Belizean territory. The Guatemalan Lieutenant went across to Guatemala and informed the civilians.

No confrontation was reported between Guatemalan and Belizean security forces.

The FCD recommends that a continuous patrolling system of the area be installed to ensure that this activity does not happen again and detain anyone found in the area.