« Older: Travelers entering Belize through land borders must be COVID-19 tested at their own expense
Newer: » Field Visit to Flood Prone Areas in San Ignacio and Santa Elena Towns to Request Funding from the GCF


From September 1 to 2, 2021, Hon. Jose Abelardo Mai, Minister of Agriculture, Food Security and Enterprise, participated in the Conference of Ministers of Agriculture of the Americas 2021 and the Twenty-First Regular Meeting of the Inter-American Board of Agriculture (IABA) hosted by the Inter-American Institute for Cooperation on Agriculture (IICA). The meetings were held virtually due to COVID-19 restrictions.
Hon. Tereza Cristina, Brazil´s minister of agriculture, served as chair to preside over this year’s conference titled, “Sustainable Agri-Food Systems: The engine of development in the Americas,” which had the participation of 34 ministers of agriculture and livestock. The ministers discussed the Hemisphere’s consensus ahead of the upcoming UN Food Systems Summit, the rising threats to agricultural trade posed by plagues and diseases, the effects of climate variability on agriculture and its strategic role in post-COVID-19 economic recovery. 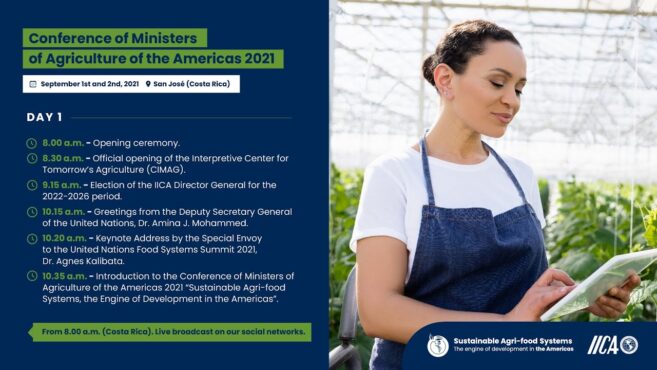 The ministers also witnessed the inauguration of the Interpretive Center for Tomorrow’s Agriculture (CIMAG) on September 1. The center demonstrates agriculture, rural life and food security in the Americas can be transformed and improved through digital technologies. CIMAG links agriculture and education and seeks to underscore the key role of new technologies in the agriculture sector through virtual and interactive experimentation. The center is supported by IICA in partnership with companies such as Microsoft, Bayer and Lego.
In the framework of the meeting, the ministers of agriculture in attendance voted by acclamation to re-elect Dr. Manuel Otero as the director general of IICA. Dr. Otero will serve for a second period from 2022 to 2026 as the head of the international organization.
Minister Limber Cruz López of the Dominican Republic also updated the participants of the current situation and actions being taken to manage the African Swine Fever (ASF) in that country, emphasizing the health implications of its presence on all countries. In support of the intervention, Nadège Dorival, Haiti’s director of international cooperation at the Ministry of Agriculture, Natural Resources and Rural Development, discussed actions Haiti is undertaking to prevent ASF. Remarks were also provided by the director general of the World Organization for Animal Health (OIE) and a presentation by the Food and Agriculture Organization’s regional representative for Latin America and the Caribbean. 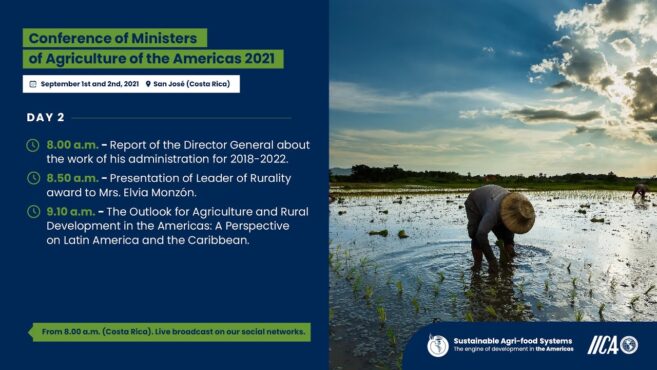 Three draft resolutions were presented by Hon. Jose Abelardo Mai in his role as rapporteur. These include the “Ministerial commitment to support the fight against African Swine Fever”, “The Transformation of Agrifood Systems and the Role of Agriculture in the Americas” and “The Contribution of Rural Women to Agriculture in the Americas”. The resolutions were approved by unanimous decision.
Dr. Amina J. Mohammed, Deputy Secretary-General of the United Nations, and Dr. Agnes Kalibata, the UN Secretary-General’s Special Envoy to the Food Systems Summit also participated in the meetings.
Minister Mai was joined by Ms. Milagro Matus, policy analyst; Mr. Andrew Harrison, chief agriculture officer; and Mr. Willie Chan, IICA technical coordinator for Belize.

GIS Training for BDF and BCG

Taiwan Funds the Relocation of the Ministry of Foreign Affairs Headquarters