« Older: Belize and the Republic of China (Taiwan) Sign Letter of Intent on Women Empowerment Project
Newer: » U.S. Embassy Donates Vehicles to Support the Fight Against Crime in Belize


Hon. Eamon Courtenay, Minister of Foreign Affairs, Foreign Trade, and Immigration of Belize, today, welcomed H.E. Lisandro Rosales Banegas, Secretary of State for Foreign Affairs and International Cooperation of the Republic of Honduras, on an official visit to Belize. 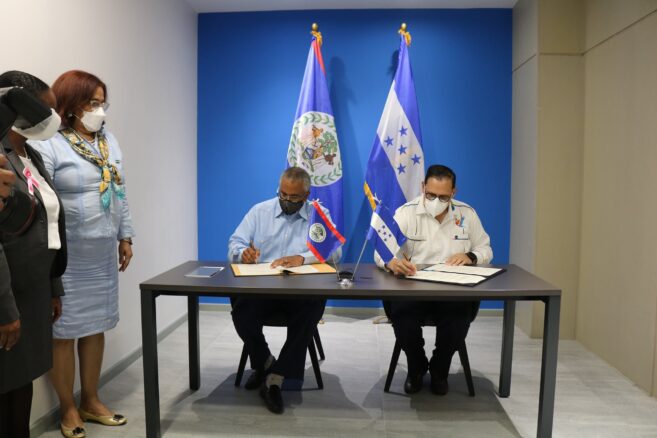 Minister Courtenay and Secretary Rosales held a bilateral meeting aimed at promoting and strengthening fraternal and cordial bilateral relations and cooperation in areas of agriculture and food security, the fight against illegal, unreported and unregulated (IUU) fishing, tourism, air transport and services, migration, as well as the call for the operationalization of the Permanent Forum on People of African Descent. Minister Courtenay also briefed Secretary Rosales on Belize’s preparation for COP26. 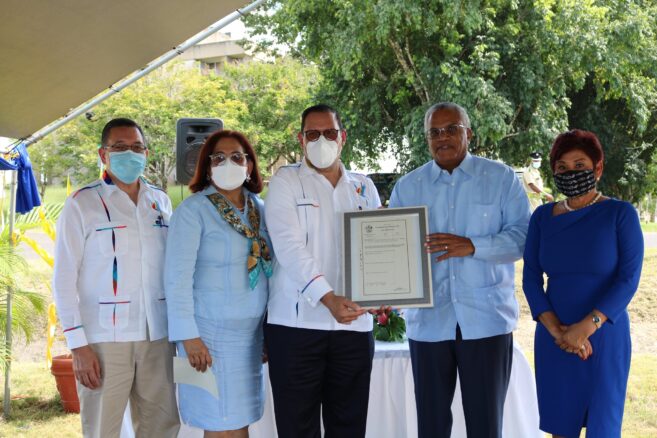 The two ministers signed a memorandum of understanding (MOU) for the Establishment of a Mechanism for Bilateral Political Consultation. This MOU seeks to become a forum for coordination and bilateral negotiations, which will define from an integrated approach, the areas of political and economic cooperation issues that both countries wish to pursue.
Minister Courtenay also handed over to Secretary Rosales the title for a parcel of land for the construction of the permanent location of the Embassy of Honduras in Belize. This land is located on Embassy Square in Belmopan, near the Embassy of Mexico and British High Commission. 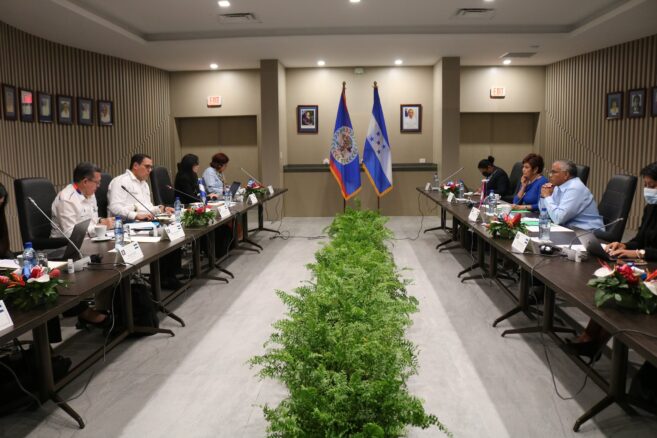 Minister Courtenay was accompanied by Ambassador Amalia Mai, CEO in the Ministry of Foreign Affairs and Foreign Trade. While Secretary Rosales was accompanied by Ambassador José Isaias Barahona, Deputy Secretary of State for Foreign Affairs. Delegations from both countries were also present at the events.
Belize and the Republic of Honduras established diplomatic relations on 21 September 1982.