The Government of Belize (GOB) has been working to restructure its external debt by addressing its US dollar bonds, known as the Super Bond. In September government announced an agreement with the bondholders and The Nature Conservancy (TNC) to buy out the debt. By entering into this agreement with TNC, GOB would achieve conservation objectives, including key areas in the country set aside for protection and management. One of these areas is the Bacalar Chico National Park and Marine Reserve, a World Heritage Site in northern Ambergris Caye. This area, unfortunately, is afflicted by illegal activities such as hunting and fishing with little to no enforcement/intervention by the respective authorities. Another matter of concern is a proposal announced by Prime Minister Hon. John Briceño to build a road through the Bacalar Chico area and connect Ambergris Caye to Mexico via a bridge. 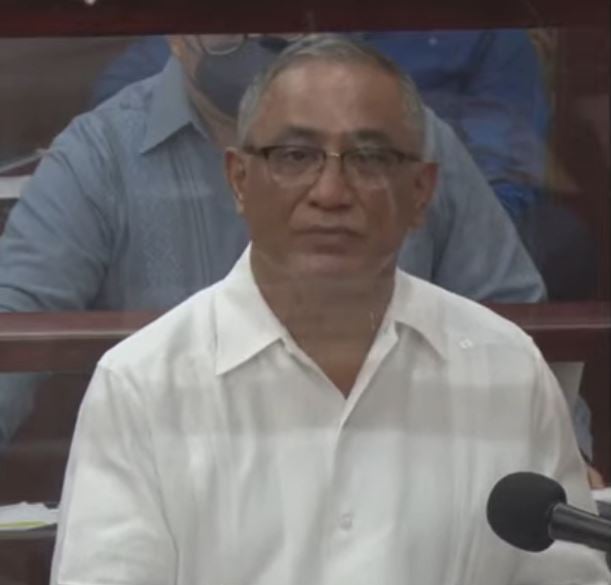 For years Belize has struggled to meet its obligations regarding the Super Bond, a multi-million debt. The Briceño administration opted for the resolution authorizing the purchase and redemption of the US dollar bonds and took the proposal to parliament on Tuesday, October 26th as the Blue Loan Agreement, the Conservation Funding Agreement, and the Ancillary Agreements Motion 2021. This move is expected to see half a billion Belize dollars removed from the country’s external debt. According to Briceño, this strategy will result in huge savings for the country. The money to pay off the Super Bond comes from what is called Blue Bonds, a financing mechanism designed by TNC. Belize will also access $24 million to pre-fund a marine conservation endowment account. These funds are the ones reportedly to be used to protect and manage critical areas across the country.

Prime Minister Briceño stated at the Special Sitting of the House of Representatives that the newly designated areas would be in the exclusive economic zones. He explained that these areas designated for protection and management would be chosen based on proper consultations, taking into account the livelihoods of fisherfolks and the well-being of coastal communities. “Government will designate the remaining public lands within the Belize Barrier Reef Reserve System as mangroves reserves,” said Briceño. He noted that the vast majority of these, 98%, are already located in the Bacalar Chico National Park and Marine Reserve.

Connecting Ambergris Caye to Mexico through the Bacalar Chico Reserve 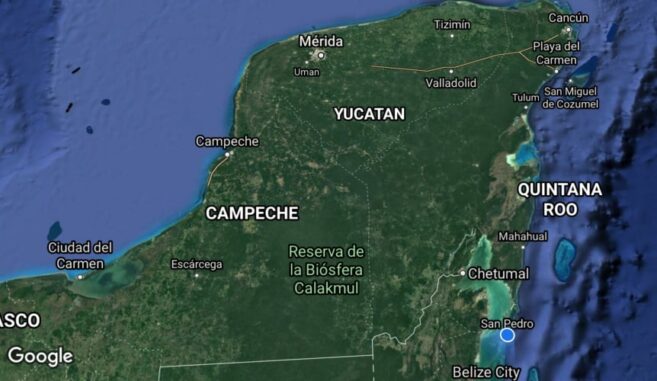 Environmentalists and stakeholders believe that the recently proposed construction of a road and a bridge to connect north Ambergris Caye with Mexico would devastate the natural components within the protected area. For such development, some level of clearance of forest/mangroves would be required. This project, aimed to improve commercial relationships with Mexico and boost the local economy, could at the same time impact the delicate wildlife on this part of the island, particularly sea turtles. Yearly, hundreds of sea turtles nest in and around this area of northern Ambergris Caye. With the magnitude of this development, these nesting sites could be heavily impacted. Environmentalists ask the government to look closely at the proposal and diligently research and consult with the community. Prime Minister Briceño has defended the proposal, saying that at this time, it is just a plan, a vision. He said for such a project to take place; they will make sure to follow the required process, honor the laws of Belize and environmental laws, and assure there will be full consultations. 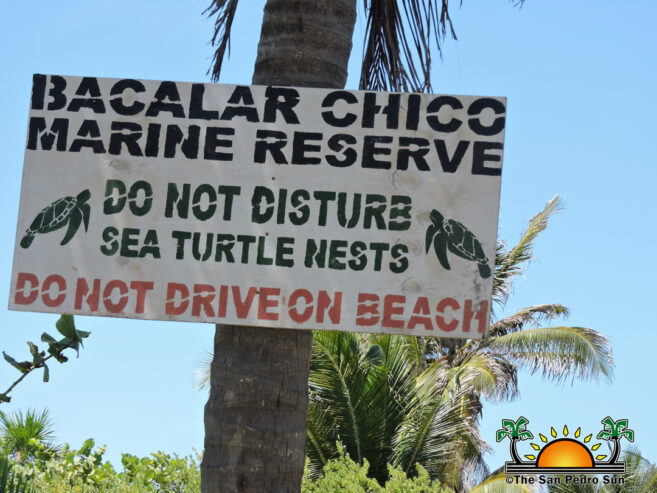 The Bacalar Chico area continues to be exploited by encroachers endangering the unique and protected wildlife living there. This undeveloped area in Belize’s prime tourism destination is home to wildlife such as jaguar, pumas, ocelots, peccary, foxes, and deer. It is also a critical nesting area for sea turtles. The calls for enforcement to better protect this reserve appear to have triggered slight movement from the current administration. In March of this year, the Ministries of the Blue Economy and Sustainable Development, Climate Change, and Disaster Risk Management acknowledged that the park and reserve were under attack by those engaging in illegal activities. In a press release, they pointed out that several species of game are hunted, and more vegetation continues to be cleared. The public was warned that such activities as hunting, fishing, and land clearing should not occur within Bacalar Chico. The official note even saluted those concerned island residents who continue to report these ongoing illegal activities.

Despite the issued warning, illegal activities continue to occur without legal enforcement. Concerned residents continue to report illegal hunting and fishing that is taking place daily and worry that little can be done to increase surveillance due to the remoteness of the area. Until enforcement is in place, the environmentally valuable site will continue to be exploited, and stakeholders say GOB must prioritize putting more resources and manpower on the ground to conserve this national park and reserve.