During the opening day of the 26th UN Climate Change summit, also known as the Conference of the Parties (COP26) in Glasgow, Scotland, UK, Prime Minister Honorable John Briceño called on developed countries to take immediate and ambitious action to save the planet. Briceño pointed out that developed countries must not only deliver but increase their commitments to climate finance. The prime minister highlighted how Belize’s natural resources are impacted by the effects of climate change and called on those responsible for emitting high greenhouse gases such as carbon dioxide. 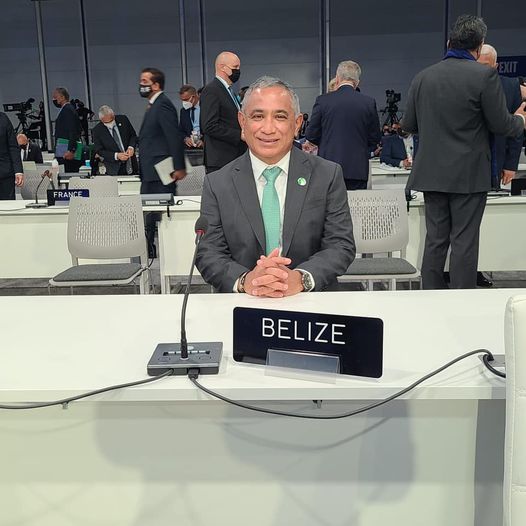 Prime Minister Briceño started his national statement by emphasizing that climate change is a great challenge for humanity, devastatingly impacting everyone’s lives, particularly those most vulnerable. He highlighted that Belize is home to the second-largest barrier reef system in the world, a UNESCO World Heritage Site. “But here is the sad reality, coral bleaching, stress doubled from 1.7 in the period 1985 to 2014 to severe level three between 2014 and 2017,” said Briceño. “The reef is dying and maybe beyond the point of full restoration.” This Belizean natural wonder was described as a great contributor to the country’s Gross Domestic Product (GDP) (approximately 40%) and the main driver of the tourism industry. “Without the reef, Belize’s economy could crumble,” Briceño pointed out. “Our people’s lives could forever change.” Before an audience of leaders from the most developed countries known as G-20, Briceño blamed human-induced climate change as a threat to Belize’s barrier reef while the Jewel is doing its part to minimize the impacts. 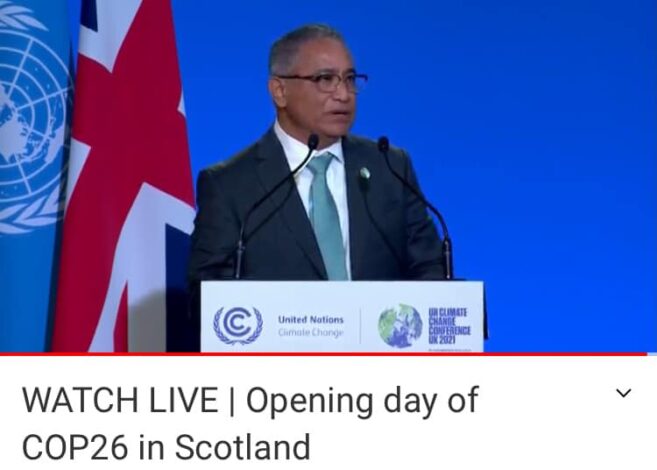 Briceño noted that Belize’s annual losses from extreme weather events are now approaching 4% of GDP. This has led to an unsustainable debt load for disaster recovery and is becoming an unbearable cost. He let the world know that over 60% of Belize’s landmass is covered with forests, and over 40% of this has been set aside for conservation and biodiversity. On the marine side, about 15% has been placed as protected areas. “Both on land and in the sea, we have exceeded conservation targets,” said Briceño.  He then went to inform the audience about the historic and most significant Blue Bond transaction ever. This includes a US$360 million-dollar debt [relief] for marine conservation transactions and established a permanent US$100 million-dollar marine conservation trust fund. “We will increase our marine protected/biodiversity zones by 30% by 2026, four years ahead of our target,” said Briceño. “And we will place all our remaining public lands in the Belize Barrier Reef Reserve System under protection.” 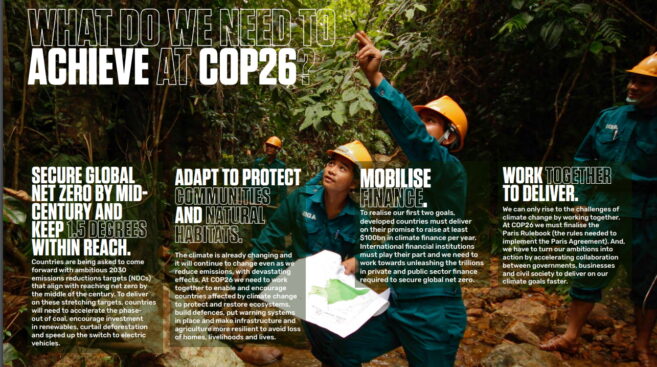 The country is proud of its conservation record, but according to Briceño, all will be lost if the countries of the G-20 abdicate their responsibility to act. The actions of developed countries place the world at risk of global warming, close to an increase by three degrees. Briceño said that these same countries account for three-quarters of global emissions and 80% of the global GDP. These countries reportedly channel trillions of dollars toward fossil fuels while shrinking their commitment to delivering a minimum of US$100 billion per year to combat climate change. “This is negligence; we need to get serious,” demanded Briceño. “US$100 billion per year can now only serve as the baseline. Funding for adaptation must dramatically increase at a minimum. Developed countries need to more than double public finance adaptation.” He cited the need to move from carbon trading to carbon emission reduction mechanisms with rules that apply to everyone. 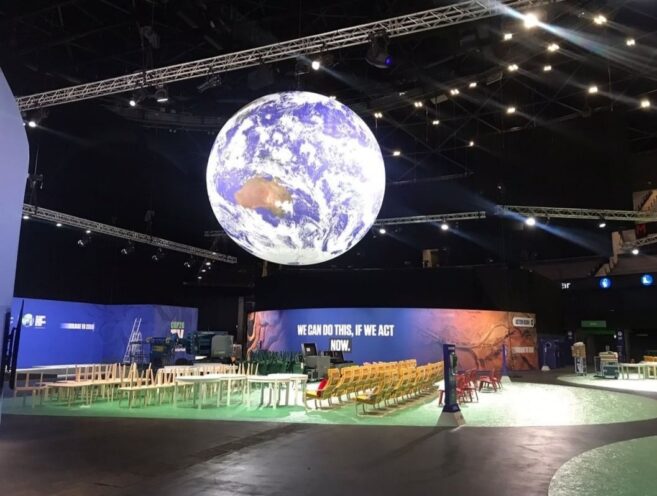 One of the goals is to achieve net-zero emissions by 2050, but it should not be an excuse for developed countries to get off the hook by beginning to reduce emissions by 2030. Briceño marked that Belize has heard enough talk, has been disappointed, and Belizeans are skeptical of the promises. The prime minister stated that every dollar Belize spends on climate action G-20 countries undo multiple times with the trillion invested in oil, coal, and gas. “Every step forward we make in development it is easily reversed by the failure of G-20 countries to act in line with the Paris Agreement promise of limiting global warming to 1.5 Celsius,” he said. Briceño ended by saying that Belize is taking ambitious actions, but there are other countries (developed ones) with a bigger duty to act.

Prime Minister Briceño leads a delegation of thirty Belizeans from different ministries and governmental departments like the Ministry of the Blue Economy and Civil Aviation, Finance, Attorney General, and Ministry of Foreign Affairs. The prime minister will remain in Scotland for the week, participating in bilateral meetings and discussions. He is expected to return to Belize on Saturday, November 6th, while the rest of his delegation will stay until the end of the summit, November 12th.