« Older: Government to request support from the house for supplemental appropriations of $12 million for emergency infrastructure repairs
Newer: » Government Resolves Registry Debt at a Discount

Belize Welcomes the Secretary General of OAS on Official Visit 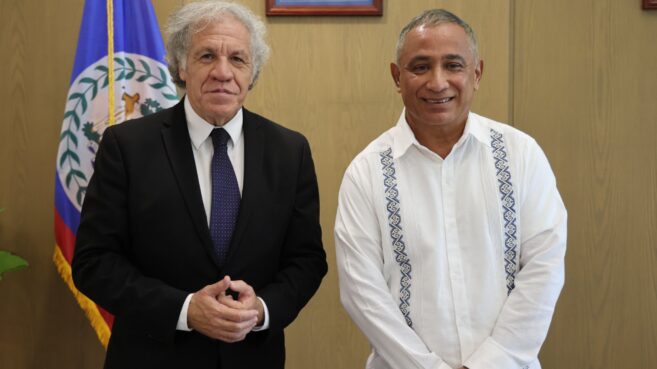 The meeting included a presentation on the status of the illegal encroachments by Guatemalan nationals in Belize that are in contravention of the Confidence Building Measures (CBMs) agreed to by Belize and Guatemala in 2005. The presentation highlighted the deforestation of Belize’s national parks and protected areas for illegal agriculture and the to provide grazing land for cattle rearing. Additionally, it highlighted issues dealing with illegal logging, gold panning and poaching of endangered species within Belize. Belize called on the OAS to engage with the Guatemalan authorities to abide by the measures.
Secretary General Almagro stressed the importance of the presence of security agencies in the problem areas to ensure implementation of the CBMs and compliance with Belizean laws. He committed to strengthening the coordination between the OAS Office in the Adjacency Zone and the Belizean authorities. 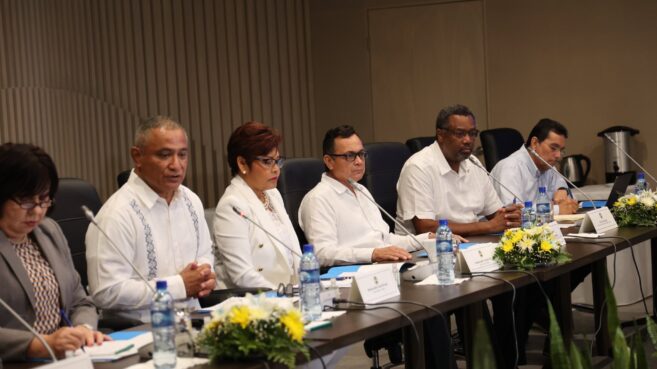 Belize also highlighted the implementation of its Amnesty Programme, which will regularize undocumented immigrants, mainly Central Americans, and provide them with a path to citizenship. An update was also provided on migration trends and the implications for Belize becoming a part of the migration corridor to the United States of America.
The Government of Belize also updated the Secretary General on the latest developments regarding Belize’s presentation of its case to the International Court of Justice.
Also discussed during the meeting were hemispheric issues where both sides expressed their points of view on the recent political developments within Latin America and the Caribbean. 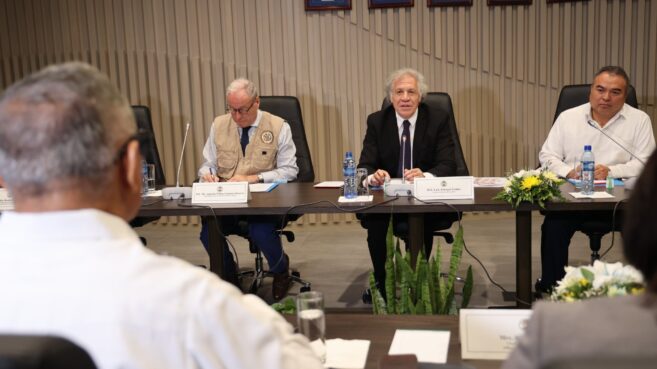 Prime Minster Briceño was accompanied by Hon. Ramon Cervantes, Minister of State in the Ministry of Foreign Affairs, Foreign Trade and Immigration; Hon. Oscar Mira, Minister of State in the Ministry of National Defence and Border Security; Mrs. Narda Garcia, CEO in the Office of the Prime Minister; Ambassador Amalia Mai, CEO for Foreign Affairs and Foreign Trade; and H.E. Lynn Young, Belize’s Ambassador to the United States and Permanent Representative to the OAS. The Secretary General was accompanied by H.E. Nestor Mendes, Assistant Secretary General of the OAS and other high-level officials of the OAS.