The community of San Pedro observed World No Tobacco Day on Friday May 3rd. As part of the day’s event, the National Drug Abuse Control Council (NDACC) partnered with other organizations to highlight the health effects of smoking. Celebrated under the theme “Ban tobacco advertising, promotion and sponsorship,” NDACC spearheaded a small fair at the San Pedro Town Central Park.

Kristina Romero, NDACC’s District Coordinator for Belize Rural South explained that the San Pedro Police Department and San Pedro Alcohol and Drug Abuse Institute (SPADAI) played an integral role in the partnering for the event. “We partnered with other stakeholders to come up with a booth where we gave out information and flyers about the effects of smoking. We also had several games that attracted the kids. One of the highlights of the day was that we had someone dressed in a cigarette outfit. On the outfit individual notes where written about the adverse effects of smoking and then at the end of the day we burned it to send a loud message against smoking.”

Romero explained that one of the main topics highlighted was the effects of smoking.“We wanted to highlight the effects of second and third hand smoking because there are people out there, like myself that go into restaurants and other places that allow smoking. When we visit some of these places, the scent of the smoke is so prevalent in those types of environment, and we need to educate people about the risk they run.” 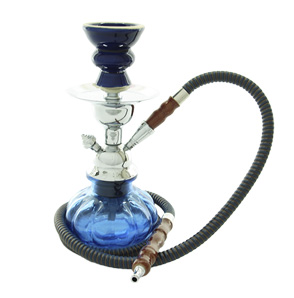 According to Romero, the use of the hookah is also becoming a growing health concern. The hookah is something that has become common in San Pedro Town. “People are under the impression that the use of hookah is healthier because it involves the use of a water pipe and it goes through water. That is a misconception because it is even worse. The smoke you get from a hookah mixes with other chemical that form with the burning of the charcoal. Charcoal is what hookah users utilize to heat up the tobacco and keep it lit, so it becomes more dangerous when all these chemicals mix. You inhale the smoke through the heated water and pipe,holding your breath for longer periods thus making it far more dangerous. One inhalation of the smoke from a hookah is equivalent to smoking five cigarettes. It is common not only in the Lebanese and Arab communities, but locally as well. More and more people are becoming attracted and addicted to the hookah.”

As part of the event,NDACC displayed entries for their poster competition that was open to students from San Pedro Town and Caye Caulker Village. Thewinners of the poster competition in the primary school category were 1st place – Nomari Blanco from Caye Caulker Roman Catholic Schoolwho took home a $100 gift certificate; 2ndplace – Rubcelli Keme from Caye Caulker Roman Catholic School who won a $75 gift certificate and third place was awarded to La Isla Bonita Elementary standard five group with Zoe, Chelsea, Kaiya, Allen and Diego who won a $50 certificate. Alyssa Muñoz from San Pedro High School was the only entry in the secondary school category and she won $100 Tahryneh Pott won a $50 certificate for a poem she submitted. According to Romero, the response by the schools was very poor as the children were apparently not encouraged enough to participate in the competition.

The World No Tobacco Day event is one of several education and outreach programs that NDACC has planned as part of their yearly events. For more information about the NDACC you can contact Kristina Romero at [email protected] or call 227-0528/660-0029.