New Shark species discovered in Belize has been identified


A new shark species discovered in Belizean waters about two years ago has been named the Atlantic Sixgill Shark. The identification was made by scientists of the Florida Institute of Technology, Mar-Alliance in Belize, Florida State University Coastal and Marine Laboratory in Teresa, Florida and the National Marine Fisheries Service. 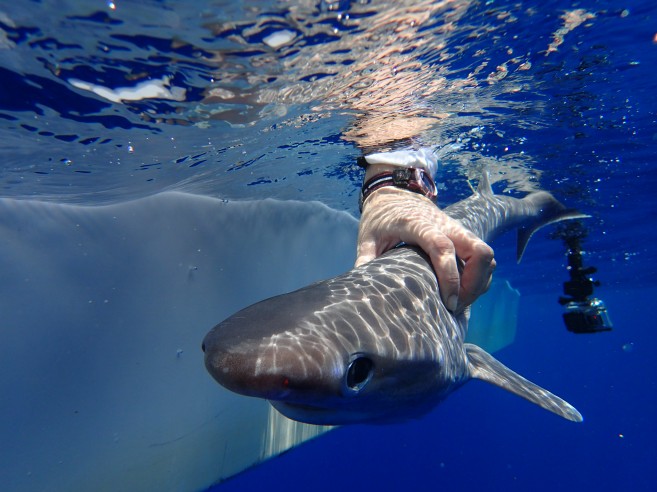 Mar-Alliance had been working with local fishers to conduct research on sharks in Belize for more than 20 years and a couple of years ago they began to research the deep sea sharks as well. One of the very first deep-sea sharks they caught was right off the barrier reef at around 800 feet deep, which they thought was the “Bigeye Sixgill shark” (Hexanchus nakamurai). This species was considered to be distributed world-wide in deep waters but because it lives at such extreme depths very little is known about it, especially in the western Caribbean Sea. They then took a small piece of the fin for genetic analysis, tagged and released the shark. Since 2016, Mar-Alliance has captured, tagged, and released nearly 30 of these sharks, with most of them found off the coast of Ambergris Caye. Mar-Alliance then collaborated with researchers from the Florida Institute of Technology, Florida State University, and the National Marine Fisheries Service to compare the genetic samples of Sixgill sharks they have found with others from the Gulf of Mexico and Bahamas with those in the Pacific. After various studies, they were able to determine that the species in the Atlantic Ocean is actually a completely different species from the one found in the Indo-Pacific, even though they look similar. “This discovery highlights how little we know about sharks in the deep sea, especially in our region. It is also an important discovery because these sharks are already being affected by deep-sea fisheries, even though we know so little about them,” said Mar-Alliance, Technical Coordinator, Ivy Baremore. 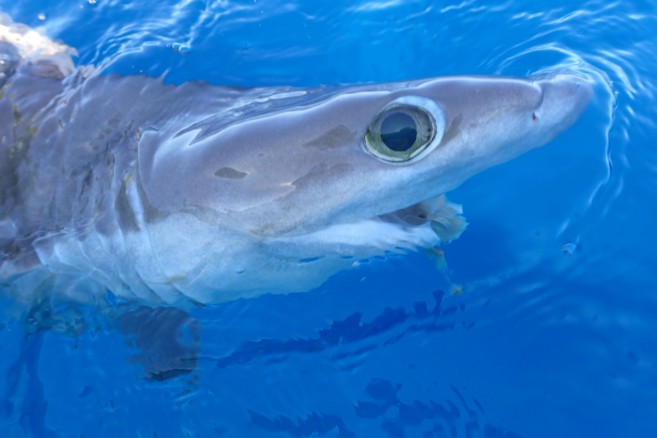 Using 1,310 base pairs of two mitochondrial genes, they determined that there are enough genetic differences between what had long been considered a single species, Hexanchus nakamurai, to rename the Atlantic variety Hexanchus vitulus.”We showed that the Sixgills in the Atlantic is actually very different from the ones in the Indian and Pacific Oceans on a molecular level, to the point where it is obvious that they’re a different species even though they look very similar to the naked eye,” said Florida Institute of Technology’s, Toby Daly-Engel. Measuring up to 6 feet in length, Atlantic Sixgill Sharks are far smaller than the Bluntnose Sixgill Shark which can grow to 15 feet or longer. They have unique, saw-like lower teeth and six-gill slits, as their name suggests. Most sharks have five-gill slits. “We now know there are two unique species, we have a sense of the overall variation in populations of Sixgills. We understand that if we overfish one of them, they will not replenish from elsewhere in the world,” she said. Doctor Rachel Graham, Executive Director of MarAlliance said that she is happy about the newly discovered species, stating “We are thrilled to present the scientific publication confirming this novel species from a collaborative team of scientists.” 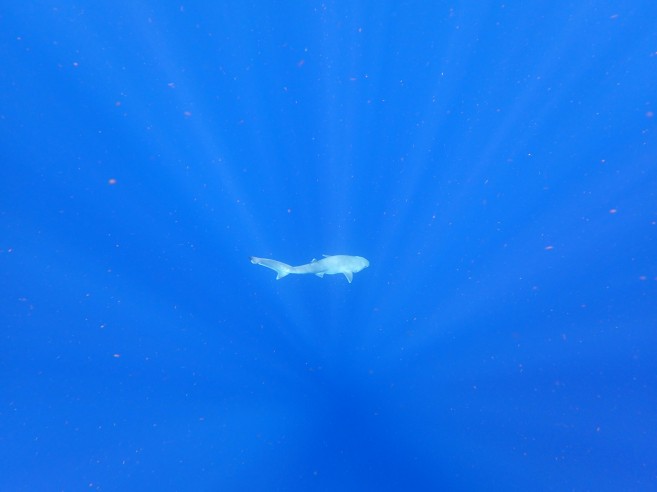 With ancestors dating back to over 250 million years, Atlantic Sixgill Sharks are among the oldest creatures on Earth. Yet the fact that they reside at extreme ocean depths, sometimes thousands of feet below the surface, has made them especially challenging to study. With this new discovery, the Atlantic Sixgill Sharks will now have a better chance at long-term survival.