« Older: At what point do Police take over?
Newer: » Police Report


Woman Police Constable (WPC) #1342 Sherifa Young has been found guilty for the crime of “Harm” in regard to an incident that occurred in December of 2012. Young, who has been in interdiction from December 19, 2012, was sentenced on Tuesday, April 14th at the San Pedro Magistrate Court for one count of “Harm”. Her sentence was in reference to news article, “Victims of alleged police brutality in San Pedro call for justice”, which was published in The San Pedro Sun in Issue 49 Volume 22 dated December 13, 2012. 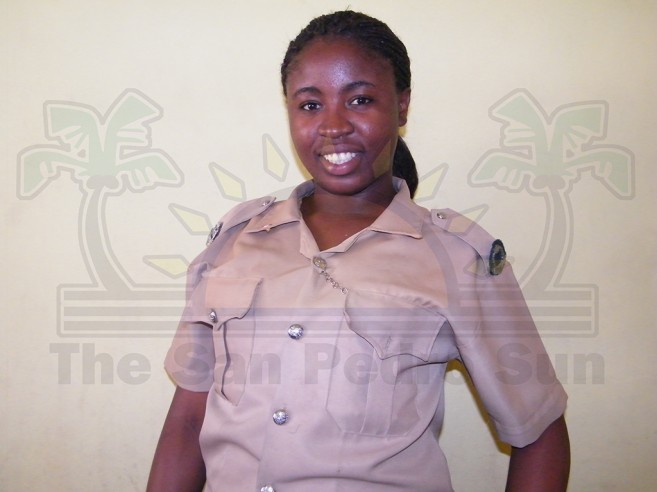 WPC Young was charged after three island residents claimed police brutality and use of unnecessary force. The incident occurred on December 17, 2012 after Ricky Jurado was arrested by a WPC Young and Corporal Mark Young. Two of Jurado’s friends intervened during the arrest, because the police were using excessive force. As a result Elder Mauricio and Vianie Perez were approached by WPC Young. She proceeded to hit Mauricio and Perez several times with a baton. When Perez tried to defend herself, it only resulted in WPC Young injuring her further.

WPC Young, who is currently on interdiction, was given a suspended sentence where she is not to re-offend for a period of two years from the date of the sentence, and in default she will serve one year imprisonment at the Belize Central Prison. According to Officer in Charge of the Coastal Executive Unit, Assistant Superintendent Henry Jemmott, Young is still attached to the San Pedro branch but is expected to be transferred off the island in the near future. Her case was presided by Senior Magistrate Sharon Frazier.
To read the full article visit: www.sanpedrosun.com/crime-and-violence/2012/12/19/victims-of-alleged-police-brutality-in-san-pedro-call-for-justice/

John McAfee detained in Guatemala and his political asylum denied