A shooting incident that took place in the early hours of Saturday, April 1st has caused much friction between the island community and the San Pedro Police Department. A brawl which took place at the island’s Central Park ended with police shooting in the air and into the ground in an attempt to disperse the crowd, resulting in five persons being injured by bullet fragments. A day later, two officers, 27-year-old Norman Coye, and 22-year-old Darnell Madrill, were charged for wounding. The duo was then formally arraigned on Tuesday, April 4th at the San Pedro’s Magistrate Court, but later released on bail. Their case has been adjourned to May 31, 2017. However, the incident has sparked outrage across the island, as many believe the officers’ actions threatened not only the lives of those present, but the peace of the community. 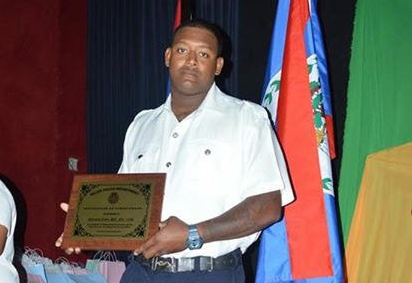 According to eye-witnesses, the officers used excessive force in their attempts to part a fight that started inside the popular Daddy Rock night club. A video taken by a bystander shows that around 4AM, Madrill is shown beating a woman who was already handcuffed. The entire commotion was captured on cell phones, and video footage of the shooting went viral on Facebook. As onlookers tried to help, the situation escalated to the point where Coye began firing with his 9mm pistol, discharging up to 15 rounds at the ground, injuring three persons in the foot and another in the eye.
Alfredo Cowo is one of the victims who has given his statement to the police. He reported that on that morning, while at the park he saw Coye, Madrill and another officer, identified only as PC Magaña, dragging two females outside of the night club. He adds that he was approached by Madrill when he started recording the incident on his cell phone. Madrill told him to stop videotaping, and tried to take away his cell phone. Madrill then reportedly punched Cowo in the nose, causing him to bleed.
His brothers Jose and George Cowo then approached the officers and PC Coye told them to leave. When they refused, he told the other officers to detain George Cowo. George ran away, but was caught by Madrill. When Jose and Alfredo went to talk to Madrill, Coye came toward them and pulled out his licensed 9mm gun. Alfredo then felt a blow on his left eye and saw Madrill with a shot gun in his hand.
Coye then started to shoot in front of his feet and as Cowo stepped back, he saw his right foot bleeding. He also saw Madrill shooting, after which he noticed his left big toe was bleeding as well. He was detained and taken to the police vehicle where he was later transported to the San Pedro Polyclinic. Most of the victims obtained further medical assistance in Belize City. 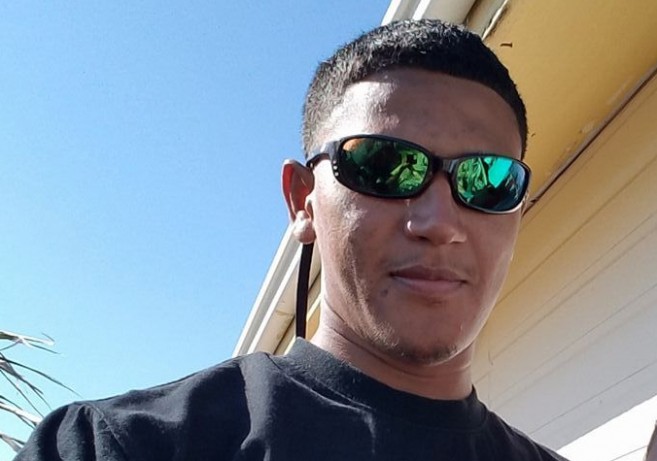 Island residents are urging the other victims to come out and press charges against the accused officers. Many residents who have spoken to The San Pedro Sun expressed their concerns regarding the behaviour of certain police officers on the island. They say that the law is supposed to protect the citizens and deal with any disorderly conducts in a professional manner, without risking the safety of anyone. Others expressed feeling unsafe due to the abusive conduct by officers. “This is another reason why we cannot trust our police, this is police brutality at its max!” said one concerned resident.
Others allege this is not the first time Coye has attacked residents. They expect the local authorities to do their job and remove these abusive officers from the island. The on-going investigation has yet to indicate if the accused officers will also be charged for discharging their weapons in public and assaulting civilians. It has also been alleged that both Coye and Madrill were intoxicated, as eye witnesses claim to have seen both officers socializing at a nearby bar earlier.
One witness indicated that the officers were doing their best to calm down the situation, claiming that the lady who was reportedly man-handled had apparently assaulted one of the officers. “She punched him in the face, and then people began to corner them and throwing missiles at the police. That is when they started to shoot in the air and on the ground.”
This was the same justification the officers gave, according to Keith Lino from Commander Professional Standards Branch. “The police reported to us that they were being attacked and they used their service revolvers to try to put control on the situation that was out there,” he told the media.
Mayor Daniel Guerrero disagrees with the actions taken by the police officers. “This incident is of major concern; those officers went beyond their powers and it can be called police brutality,” said Guerrero. “But as a tourist destination we need to move forward and the police need to continue doing their job within the law and not go over it.” Guerrero stated that he will not tolerate such type of behaviour by officers on the island. Guerrero also indicated he cannot blame the entire police department because of the actions of two of their officers, but he hopes there are no future similar incidents. “Easter is coming soon and we already have a regrettable incident, however, the police will always be here, they have to do their job, and I want to ensure our visitors during the upcoming holidays, that they can feel safe. We cannot forget what happened, but I asked the general public to work together with the police, they are here to protect us and to keep things in order,” said Guerrero.
Mayor Guerrero stressed that the Town Council will work closely with the police who have a challenging job. He appraised the impeccable work of the police on the island and called on the actual Officer in Charge Assistant Superintendent Henry Jemmott for keeping crime levels down. “The police cannot do everything and for something to happen there has to be a provocation, so people should respect the law, however, I still don’t agree the way the officers reacted and we are waiting for the outcome of the final investigation,” said Guerrero. The Mayor added that he is considering not allowing nightclubs and other recreational places to stay open beyond the regular hours. “If many places stay open until very late, then we will need more man power in the police, so this is something we will look into, especially, during festivities.”
The United Women’s Group (UWG) also weighed in on the matter on Tuesday, April 4th, condemning the behaviour of the officers involved in the shooting. Tanya Santos, President of the UWG stated that the excessive violence captured on amateur video, was unnecessary force by the police officers. “This is utterly disgraceful behaviour and response on the part of our police officers who are sworn to protect. No person, man or woman, deserves such barbaric treatment,” she said. The UWG also called on the Government to compensate those affected.
On Wednesday, April 5th, Minister of Police, Honourable Elodio Aragon Jr., weighed in on the incident during a press briefing in Belize City. “We…sympathize with the community for this regrettable incident as we in the police department always look forward to [working] for and with the community,” said Aragon. “I want to make it clear that at no time will there be any cover ups, there will be a fair and objective investigation because it’s not just looking at the victims and what has occurred, but also about keeping the integrity of the police department.”
Minister Aragon stated that police officers must be professional and the department needs better trained personnel. “This year we will focus a lot in looking at developing our officers at being better at what they do,” said Aragon. “This will entail how we interact with the community, customer service, how to treat people and how to enforce the [law in a just manner].” Aragon added that even though the story has its other side, in which civilians may have resisted and threatened the police officers, the police officer should have never drawn his firearm, thus, the disciplinary and criminal aspects of the incident will be carefully examined.
It was also indicated that investigations are still on-going as police are waiting for the other victims to make their statements. This will help the investigation to find out if the officers made other offences and if other police officers were involved as well. Authorities are also waiting on an official report from the doctors who are tending to the injuries of the victims, which will determine if the officers accused will get additional charges.
Both Coye and Madrill have since been placed on interdiction until their case is resolved. If found guilty, they could spend up to seven years in prison.

More on Police News
Promotions within the Belize Police Department