San Pedro Police have arrested and charged 28-year-old Gilbert Anthony Palacio after attempting to take the life of 45-year-old Alexia del Carmen Melendez. The incident took place on Wednesday, October 25th on an unnamed street in the area of San Mateo, north-west of the Sir Barry Bowen Bridge. The motive of the attack has not been ascertained by police, but Palacio has been remanded to the Belize Central Prison. 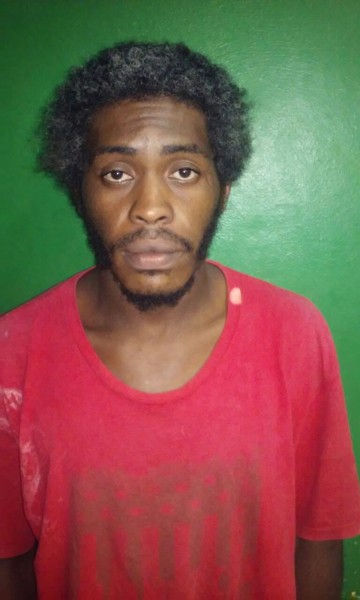 Via an official report, police stated that on October 25th they visited the Dr. Otto Rodriguez San Pedro Polyclinic II around 4PM, where they observed Melendez suffering from cut wounds to the left side and lower part of her neck. Initial investigation reveals that on Wednesday around 3:45PM, Melendez was walking home in the San Mateo Area, when a well-known male person riding a bicycle approached her and attacked her with a knife, inflicting the injuries. She was taken to the polyclinic where she was immediately treated and stabilized.
Shortly after, police detained Palacio and later charged him. He was charged with the crime of Grievous Harm, Use of Deadly Means of Harm, and Attempted Murder.

Albert Lawrence receives Officer of the Month award for May