The San Pedro Sun and Reef Radio/TV are excited to announce that plans are underway for the first ever Belize Rural South (BRS) Standard Bearer Debate in Caye Caulker. The debate is scheduled for Monday, October 26th at 7PM and is being organized by The San Pedro Sun, in partnership with Reef Radio/TV. 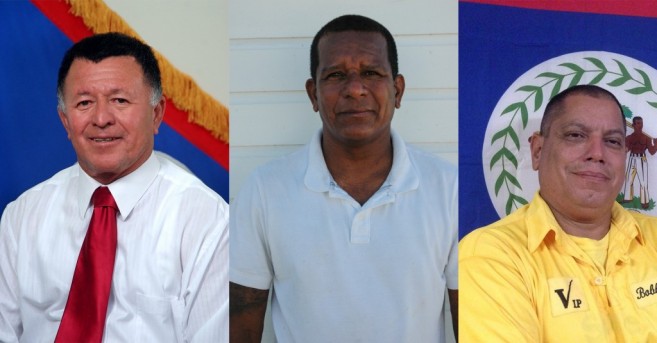 The event will be held at the Iguana Reef Inn Conference Room and free admission to the debate will be determined by tickets equally distributed to all candidates and community stakeholders. All three candidates running for the General Election in BRS, incumbent Manuel Heredia JR (UDP), José “Elito” Arceo (PUP) and Robert “Bobby” Lopez (BPP), have been invited to participate.

The Standard Bearer debate format will be based on prepared questions that will be solicited from the community. Participants will be presented with the questions at the time of the debate. Each candidate will be allotted time for an opening statement. Debate answers will be limited to a specific time and each candidate will also be given the opportunity for a brief, timed rebuttal. Candidates will also have the opportunity to directly question each other. At the end of the debate, each candidate will be allowed a timed closing statement. Absolutely no participation from the audience will be permitted.

Plans are underway to broadcast the debate live on Barrier Reef Cable System and aired live on Reef Radio. Updates will be posted throughout the debate on The San Pedro Sun website. The Caye Caulker debate will also be aired at a later time on Reef TV.
The debate will be moderated by Reef Radio’s Eiden Salazar and the questions will be presented by The San Pedro Sun editor, Tamara Sniffin.

GOB enacts Justice of the Peace Act of 2005