Now in the last hour of the 2015 General Elections, candidates are making that last push to get voters to the polls. As of 5PM 60% of registered voters in Belize had already visited one of 393 polling stations across the country. Here in Belize Rural South (BRS) voter’s turnout is at 60% with 5,249 out of 8,749 registered electorates having cast their vote. 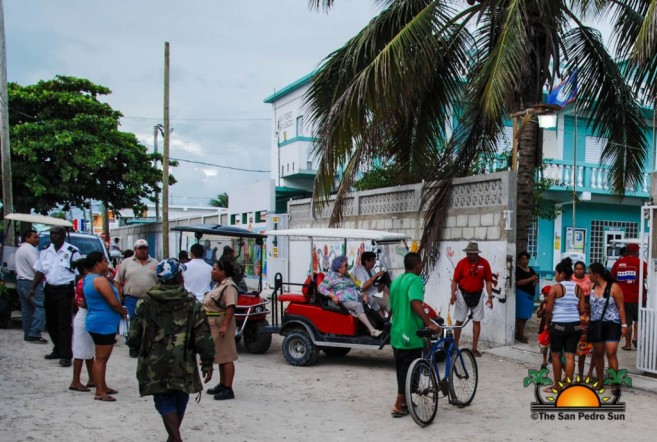 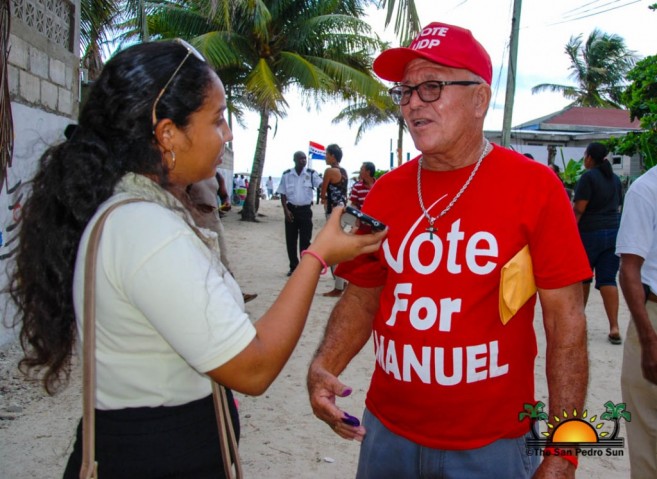 In an interview with The San Pedro Sun, the United Democratic Party’s Manuel Heredia Jr. expressed his confidence on becoming the BRS Area Representative for the third term in a row. “We are doing excellently. Since the morning we have been ensuring our people reach the polls and that has continued all day. Here in San Pedro, I expect a victory of two to one. Caye Caulker has always been a difficult territory for me, but I do expect thing, to be evened out with the People’s United Party. I am happy with support from my people. My machinery was the best in BRS and I’m so happy for all those who are out here helping me on this Election Day. I would like to thank everyone who exercised their constitutional right to vote and offered me this substantial support,” said Heredia.
As the closing nears, the San Pedro Police Department is tightening security efforts to ensure safety at the polling area. At 6PM, a police officer will be stationed behind the last person in each line. Once the last vote is cast, the ballot boxes will be closed and taken to the official counting room at the San Pedro High School. Ballot boxes from Caye Caulker will be transported to San Pedro by the Belize Coast Guard personnel.