Even though the Elections and Boundaries Department has not issued an official date for the 2016 Village Council Elections, they did indicate that rural level elections will take place sometime between May and June of 2016. As such, residents of La Isla Cariñosa, Caye Caulker, are getting ready to head to the polls and elect a new Village Council in the upcoming village council elections. A number of different people are expected to declare their intention to run as candidates, but so far only one Hicaceña has actually come forward and officially announced her candidacy for chairperson.

Early in January, born and raised Caye Caulker resident Tracie Young declared her intentions of running for chairperson via an encouraging message posted on her social media account. “If you know me, you know that I think outside the box; I don’t follow the same pattern as others, I use the resources I have to make magic. I smile a lot and I try to lighten the mood, I love making people smile and I find unique ways of doing things, the world isn’t flat so we don’t treat everything the same way!” she wrote.
Young has already prepared an agenda for the island if elected, and is inviting everyone to feel free to contact her and find out more about her plans for the island. Some of her priorities for Caye Caulker are important needs that the residents have been asking to be addressed. Her portfolio includes the establishment of a 24-hour service at the clinic, expansion of the high school when it comes to education and when it comes to safety; she plans to achieve a stronger mutual relationship between the community and the police. 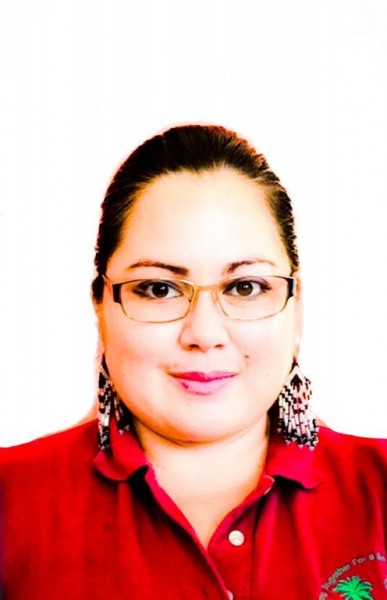 Young also touched on the topic of infrastructure, which will see works on the streets and beach areas of Caye Caulker. The environment could not be left out of her plans, and there will be an emphasis on the preservation of reserves, such as the Caye Caulker Marine Reserve. At the moment, there is not that much access to the northern side of the island and that is something that Young looks forward to change during her term. The waste management/recycling are another item on her list of priorities along with the standardization of rules on the island which according to her, will be across the board, with no bias or favoritism. Young also looks forward to working closely with the Area Representative in order to get existing plans and projects completed.
Young believes all these can be accomplished by working together as a community. She stated that the local authorities can do so much, but the real goals can be achieved if everyone comes together and gets the job done.
Current Chairman Wayne Miller has stated that no date has been set for the upcoming elections to his knowledge. According to Elections and Boundaries, before a date is announced, the registering officer will meet along with the rural development officer from the respective area to set up public meetings and an agenda for campaigning. When these arrangements are made, then a date will be given out so candidates can start their preparations for the said elections.