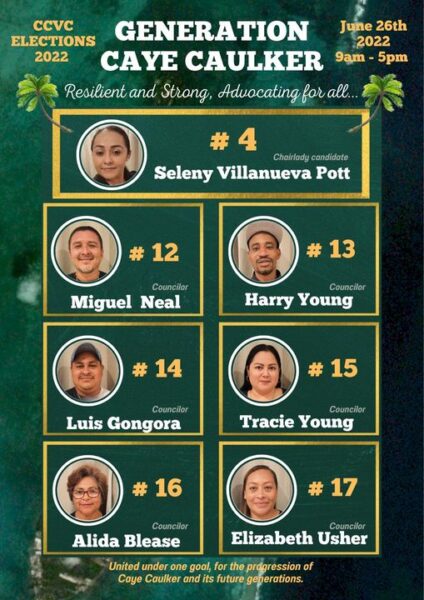 On Sunday, June 26th, the residents of Caye Caulker will elect a new village council. The election will see three separate groups contesting the leadership of La Isla Cariñosa, a slate under the People’s United Party (PUP), and two independents.

Incumbent independent candidate Chairlady Seleny Villanueva-Pott is vying for her third term. After listening to her fellow islanders, she decided to run again, who wanted her to keep her position within the village council. Pott said that Hicaqueños vote for people, not a party, and are open to leaders who listen to them and advocate for Caye Caulker. She is not fazed that there is a slate under the ruling PUP party contesting the elections and is confident that she will maintain her seat with her Generation Caye Caulker team.

The other independent slate running for the chairmanship of Caye Caulker is islander Buddy Magaña Jr. Like Pott, he comes with six candidates called the Caye Caulker Visionaries, determined to win and govern the island 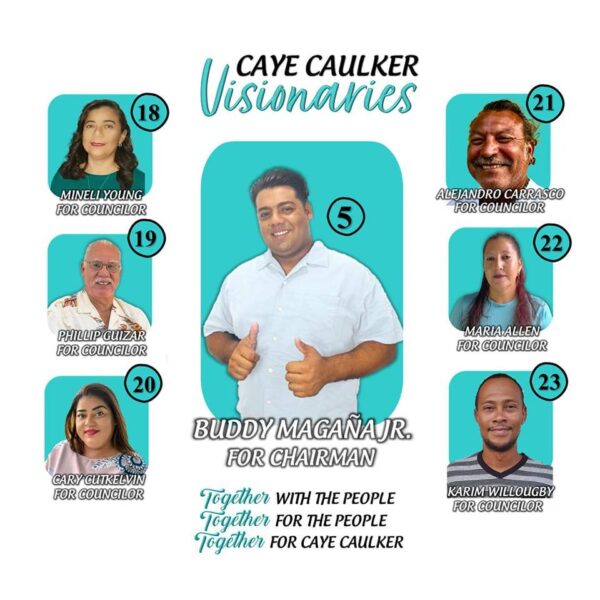 with a vision. Magaña said there is no need to affiliate themselves with a political party because they are offering themselves to the service of the community from their hearts. He and his team have plans for the island and pledge to work with the community and involve them in decision-making for projects on the island. Magaña stated that they have the vision the village needs, and if elected, he and his team will be the start of something new and positive for Caye Caulker.

The PUP “Forward Together” slate is headed by well-known islander and businesswomen Celina Jimenez. She presents herself to Hicaqueños with over ten years of banking and managerial experience, a former real estate broker, entrepreneur, and community activist. Jimenez said she has contributed to the development of Caye Caulker’s tourism industry and marine and land conservation through collaborations with community

organizations such as Friends of Swallow Caye, Turneffe Atoll Sustainability Association, Fragments of Hope, and seaweed farming groups. Currently, Jimenez serves on the board of several community entities, such as the Belize Tourism Industry Association and the Project Monitoring Committee of the Caye Caulker Health Center Substitution Project.

The polling station will open from 9AM to 5PM. To participate in the Caye Caulker 2022 Village Council Elections, voters must present their voter identification card. If they don’t have this card, they must bring a valid Social Security Card or passport. The electorate must be registered in Caye Caulker. Voting will not be allowed if a person’s name is not found in the registered voter’s list.