The San Pedro Roman Catholic Church observed the Dia de San Pedro on June 29th with several religious activities, including a celebration honoring Father Eduardo Montemayor’s 20 years as a priest. A special program was held at the Angel Nuñez Auditorium, where Father Montemayor was honored for his service over the past two decades. The event also saw several community and church members awarded. 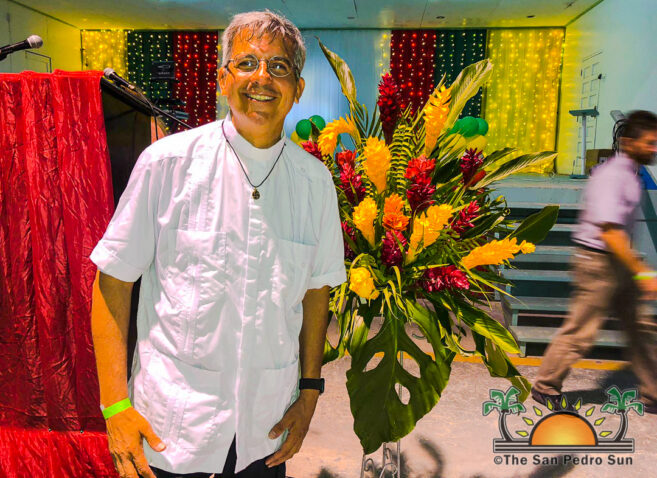 As the program started shortly after 8PM, Mayor Gualberto ‘Wally’ Nuñez and Councilor Dani Aranda presented Father Montemayor with special recognition. Montemayor humbly accepted the token and thanked everyone for supporting the activity, which was the very first held by the church. 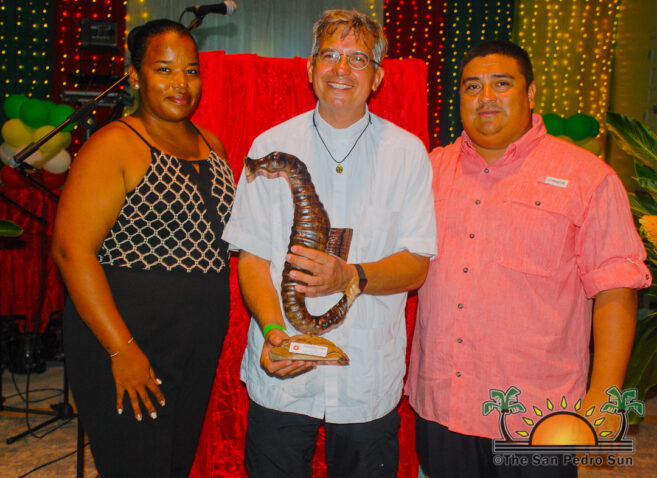 In August, Montemayor will complete one year since becoming the official pastor at the island’s Catholic Church. He shared with The Sun that following his theology training and becoming a man of God twenty years ago in his country of Mexico; he spent several years in the United States of America. He served in different specialized ministries within the church, starting in Corpus Christi, Texas, where he spent eight and a half years as the Director of Evangelization. From there, he moved to Detroit, Michigan, where he served for five years, and then another five years in Phoenix, Arizona. Afterward, he was transferred to San Pedro Town. 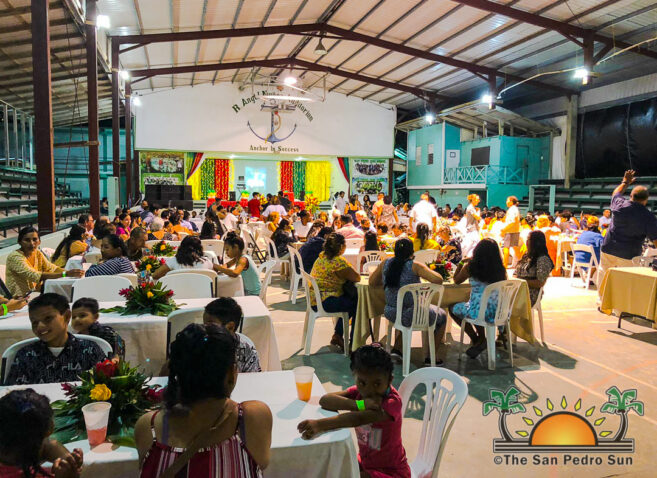 The Father said that coming to San Pedro was so fitting as he had served in bilingual places in the United States, which led to an easy transition. “I have spent a lot of my time touching untouched hearts and proclaiming the word of God,” said Montemayor. His family was also there to celebrate this milestone in his religious life. 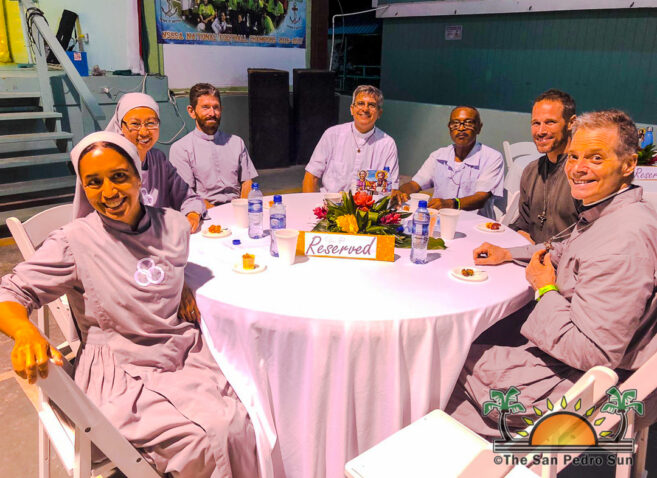 With the assistance of hosts Eiden Salazar, Wilema Gonzales, and Josie Nuñez, different youth church members were awarded a medal. These included the group who participated in the Easter reenactment of the Passion of Christ. A trophy was presented to Dennis Galvez as the best actor after playing the role of Jesus Christ in the play. Another church member who received a trophy included Joel Magaña for motivating the youth. 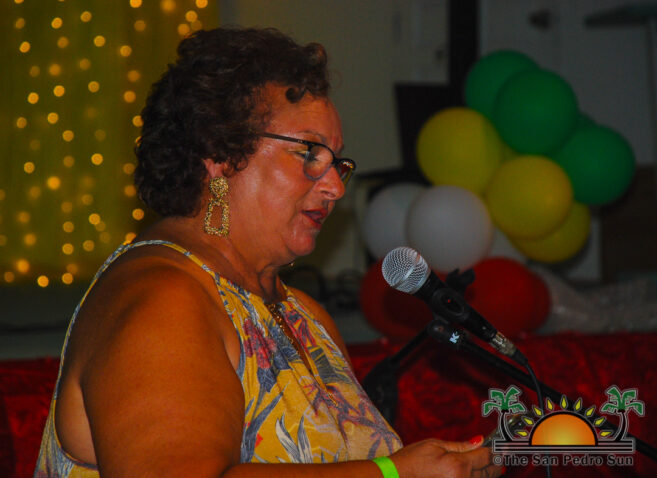 Father Eduardo Montemayor then presented the virtue awards. These awards recognized islanders Flor Bradley and Fulgencio Hoare. Montemayor was also recognized for his 20 years of serving as a priest.

At the end of the formalities, everyone was invited to a family dance.

National Days of Prayer and Fasting