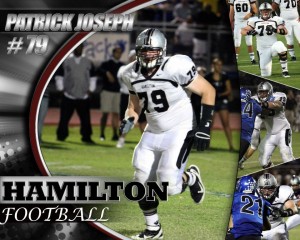 An American student born to a Belizean family was recently awarded a football scholarship to pursue his education at the prestigious United States Military Academy West Point. Arizona’s 18 year old Patrick Matthew Joseph is the son of Patrick and Ramona Joseph of San Ignacio, Cayo. The offensive line player (Offensive Tackle), while on vacation on Ambergris Caye, stopped by The San Pedro Sun office to share his excitement.

The young athlete has been offered a scholarship to a high-status institution which holds a significant place in the history of the US. Dating back to the US Revolutionary War, military icons such as US founding father George Washington identified the location of the academy as, “the most important strategic position in America”, and revered graduates such as Eisenhower, MacArthur, Patton and Wainwright met the challenge of leadership in the Second World War.

According to Joseph, his high school team, The Huskies of Hamilton High School, won the Arizona State Championship in 2012. During the high school 2012 football season, he compiled a film highlighting his best performances and sent it to 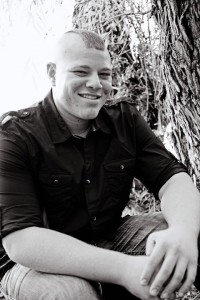 West Point Academy. “I sent the film after my junior season in high school and they liked the way I played and so they [West Point] offered me a scholarship. I am really proud and blessed to play for a college team and to be able to go on and continue my education through the use of football,” commented the athlete. When asked what would be his advice to the young Belizeans, Joseph said “I think sports are a great way to learn discipline and certain life skills that you can use in life. Sports can open up a bunch of other opportunities for young people.” Joseph will pursue his education in engineering.

According to Joseph he hopes to someday come back to Belize. “I love Belize. It’s a great country and I would love to come back one day and share the blessings that I have received.”

West Point, located in the US state of New York, is the United States Military Academy. It is regarded as one of the most prestigious learning institutions in the USA.

The San Pedro Sun congratulates Joseph and wishes him all the best in his new endeavor. Keep an eye on this budding young athlete, we are sure he has a bright future ahead of him!