Only three players in the entire world scored 11 goals during the qualifying rounds for the 2014 FIFA World Cup, and the NASL’s Atlanta Silverbacks have signed one of them. Belize national team forward Deon McCaulay equaled the goal-scoring totals of strikers Robin Van Persie of Netherlands and Uruguayan Luis Suarez during the last qualifying cycle, and now he is bringing his talents to Atlanta, the Silverbacks announced Tuesday, pending ITC approval.

The 26-year-old caught fire during the opening rounds of 2014 World Cup qualifying, scoring 11 goals in just eight games. Although Belize was unable to book their place in Brazil, the exploits of McCaulay didn’t go unnoticed.

“I’ve had my eye on Deon for a long time, and I got a chance to see him up close at last year’s Gold Cup. His talent, speed, explosiveness, and knack for scoring goals is exactly what our team needs,” said Silverbacks Technical Director Eric Wynalda. “After the departure of many of our top attacking players from last season, there were some question marks as to how we would replenish the offense. Those questions have been answered in the form of Deon McCaulay, and we couldn’t be more thrilled to have him.” 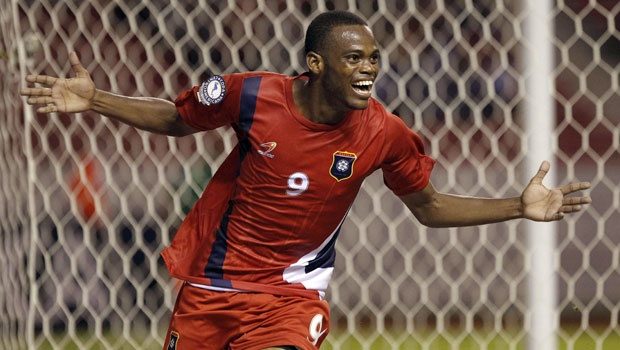 McCaulay joins the Silverbacks from the Belmopan Bandits of the Premier League of Belize. The Bandits were the fifth Belizean club that McCaulay has played for in his career, joining Kremandala, FC Belize, Belize Defence Force, and R.G. City Boys United. The 5-foot-9 forward has also played professionally in Honduras with Deportes Savio.

A native of the country’s most populous city, Belize City, McCaulay is the national team’s all-time leading scorer. He has tallied 16 goals in 28 appearances for Belize, with 13 of those coming in World Cup qualifiers. McCaulay started and played 90 minutes in Belize’s loss to the United States in the 2013 CONCACAF Gold Cup.

“It feels very good to be here in Atlanta, and I’m excited to play in the U.S. I want to thank the Silverbacks organization for giving me the opportunity to come here and represent their team,” McCaulay said. “I’ve arrived in Atlanta with a good level of fitness, and my expectations are to come here and help the team win championships. I always try to succeed in everything that I do, so I hope that I can score some goals and help the team win.”

Before the 2013 Gold Cup, McCaulay spent time training with the Portland Timbers of Major League Soccer during their preseason camp. The prolific forward’s move to the Silverbacks marks the first time he will play professionally in the U.S.

McCaulay arrived in Atlanta on Sunday, February 23rd, and he will begin training with his teammates when the Silverbacks’ preseason begins this Saturday, March 1st.