Cycling excitement at the 9th of March Beach Cruiser Race


Cyclists from across the island came out on Monday, March 9th to participate in the 2nd Annual 9th of March Beach Cruiser Race. Organized by Kent “Bob” Gabourel and the San Pedro Cycling Committee (SPCC), the race saw over 30 island athletes of all ages participating in the event that commemorates National Heroes and Benefactors Day (formerly called Baron Bliss Day). In the end Alfredo Deandre Gonzalez, Jordan Santos and Kent “Bob” Gabourel rose as champions of the three categories of the race (Under-14, Junior and Seniors). 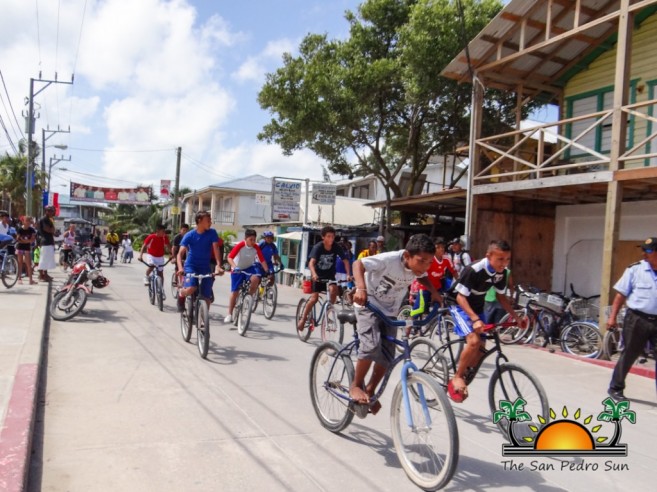 The race started shortly after 10AM from in front of Calvio’s Bike Shop and Rentals. Organizers took advantage of the newly paved three-mile stretch of road north of the Sir Barry Bowen Bridge, which one lap measuring the distance to Belizean Shores Resort and back. A large crowd of spectators gathered on the street side to cheer on the cyclists, adding to the holiday excitement.
First to race was the Under-14 participants. Over 10 young boys signed up for this free event, which only entailed one lap, but even so, some could just not make the full journey and called it quits half way through. In the end, Alfredo Deandre Gonzalez edged out the competition, taking the first place trophy and prizes. Second place went to Vincent Dawson, while third place went to Dickson. The young athletes did so well that organizers decided to give a tiny token of appreciation to all of them. 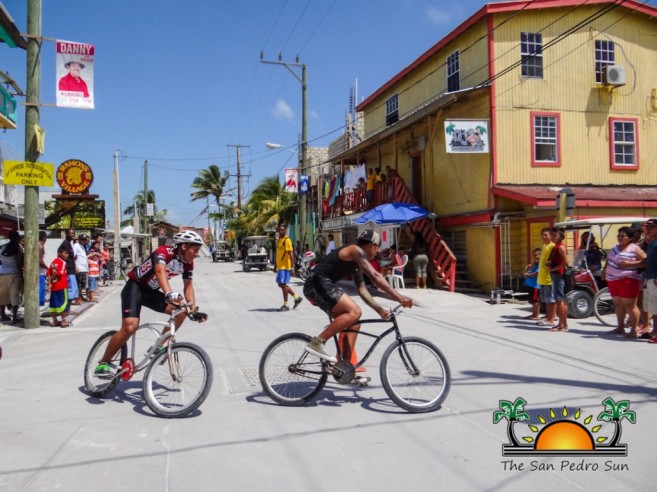 The junior category required that cyclist race two full laps. 10 athletes participated in this category, but once again, not all completed the race. Jordan Santos blazed through the rest of the competitors and claimed the first place. In a last sprint for the finish line, Kian Ancona managed to take the second place, leaving Byron Lara behind with third place. 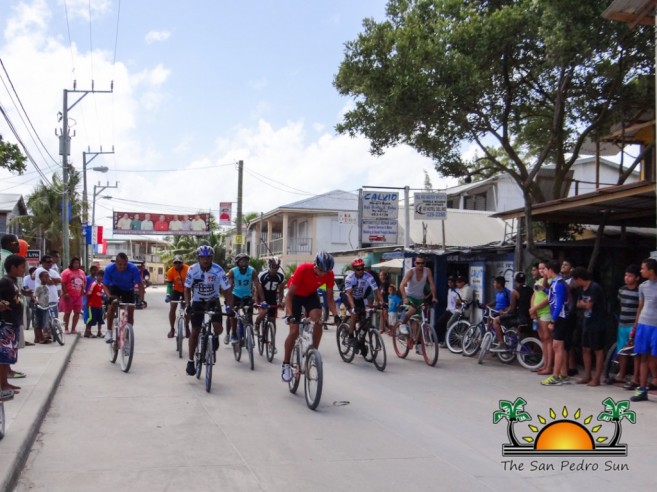 The final group of the day was the senior category. Over 10 seasoned cyclists participated in the five lap race. It was a grueling 30 mile long race, and three competitors could not finish it. Station prizes were awarded to the cyclist that completed each lap first. The first station prize went to Andre Vasquez, while Charles Garay took the second station prize and Keith Noralez took the third station prize. The fourth station prize went to Kent “Bob” Gabourel. The overall first place champion was Kent “Bob” Gabourel. Andrew Vasquez came in second. Michael “Buff” Roland took third place, while Charles Garay settled for fourth place.