« Older: 21 teams advance to the next round of Five-a-side Football Tournament
Newer: » “Kick it off” U-15 Football camp is underway


24 teams participated in the 7th annual Tres Pescados Slam Tournament (TPST), the largest fly-fishing event in Belize’s history. The three day fishing tournament, held from Wednesday, August 5th to Saturday, August 8th, saw top national and international anglers attempt to land a big one in hopes of claiming the grand prize. In the end, it was team Yellow Dog who took the grand prize for the second year in a row. 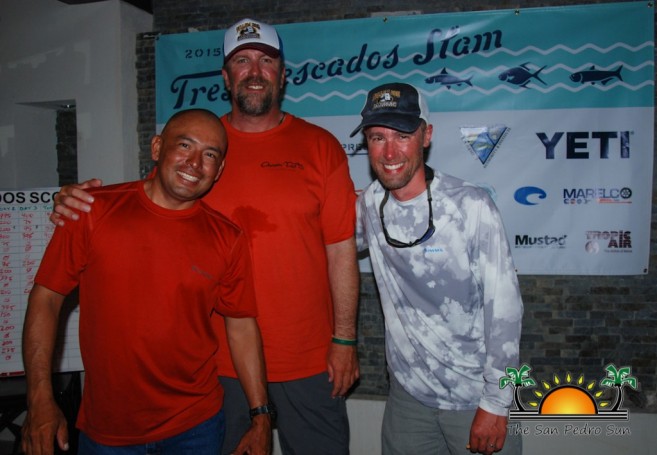 The iconic catch and release tournament has become an anticipated event in the fly fishing industry, which continues to grow in size each year. Not only does the tournament provide a fun activity for sports fishermen, but also promotes the importance of three fish species to the economy of Belize. Tarpon, Bonefish and Permit are all protected species sought in the fly fishing industry. In the tournament, participants must handle the fish properly to ensure their survival. The team’s catch was recorded through video or photo proof, and points were awarded according to the size and species of the fish caught. 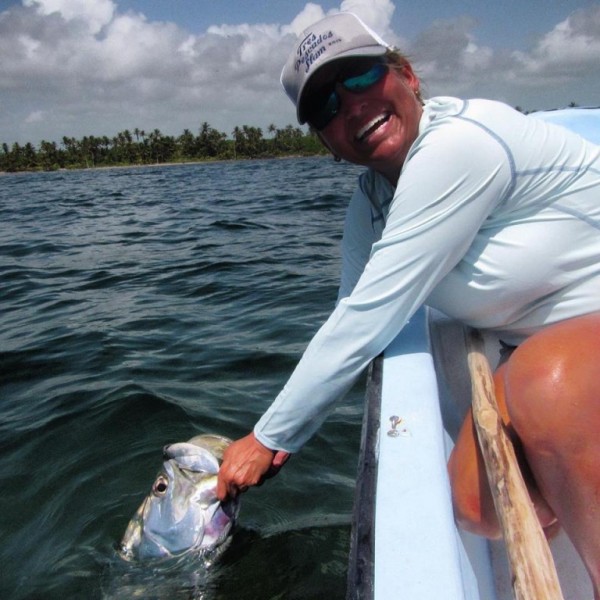 The event opened on Wednesday, August 5th with the Captains’ Dinner and fishing officially started on Thursday, August 6th at 5:30AM, continuing on Friday, August 7th. All catches had to be checked in by 3PM on said dates. On the final fishing day on Saturday, August 8th, anglers gave it their last shot at landing the big one because by 7PM awards were going to be issued. 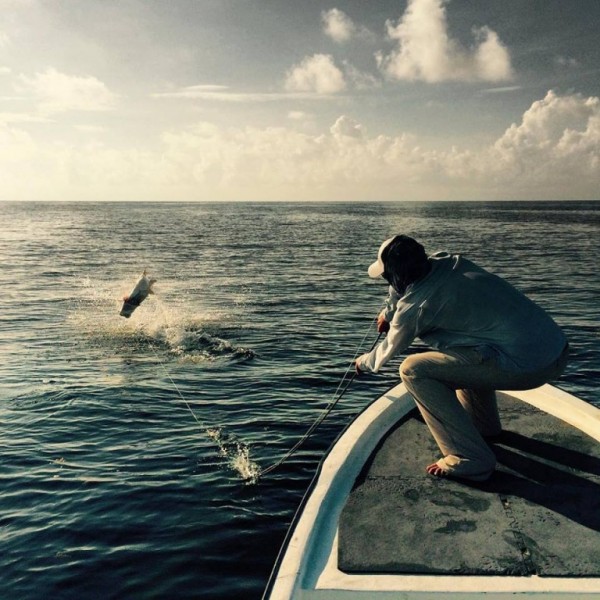 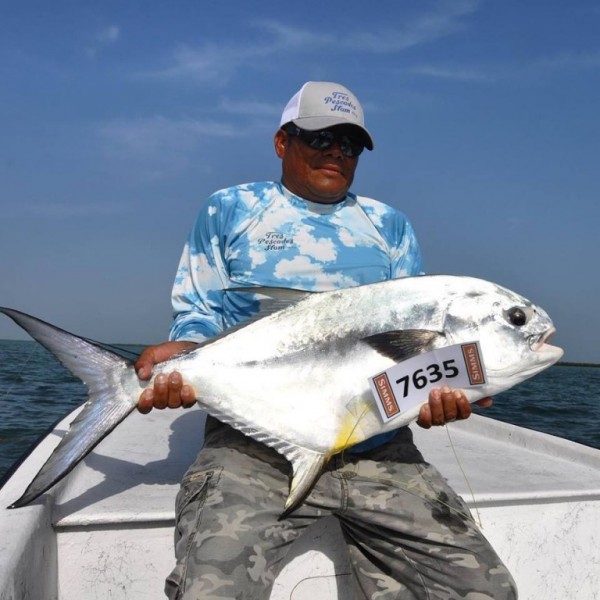 Team Yellow Dog maintained the lead in the second day with 475 points. Team Big E Flats with angler Eric Wasserman and Abbie Marin followed behind with 375 points. The other two top teams in the tournament, Anglers Abroad and Size Matters managed to score only 200 points in the second day.
All the stops were pulled out for the final fishing day, as anglers scurried to earn final points. Yellow Dog once again took the lead earning 400 points. Tarpon Club with anglers Alejandro Vega, Carlos Sanchez and Manuel Azueta, score the second highest score of the day with 375 points. 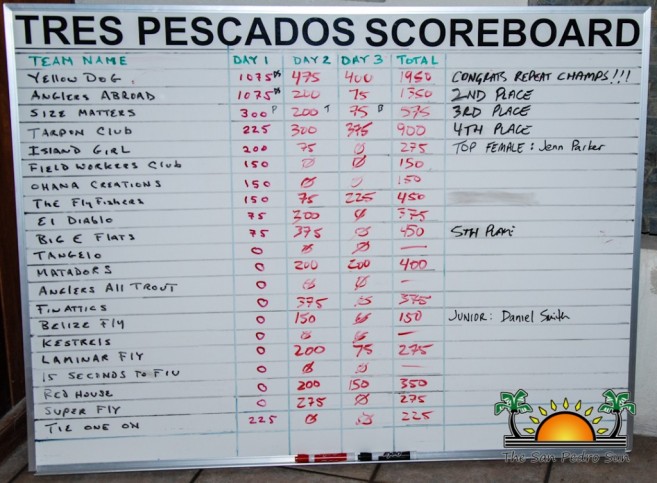 Anxiety grew as the teams waited for the final tallies to be calculated. Taking first place with an impressive score of 1,950 was Yellow Dog who walked away with the grand prize of $5,000 and special carved medals. In second was Anglers Abroad with 1,950 points winning $3,000 and medals. Taking the third place prize of $2,000 and medals was Size Matters. Team Size Matters turned right around and donated their cash prize toward the charitable pot from the tournament. An individual prize was also give to Jenn Parker of team Island Girls for Top Female Angler, and Daniel Smith of team Belize Fly took the honor of Top Junior Angler. 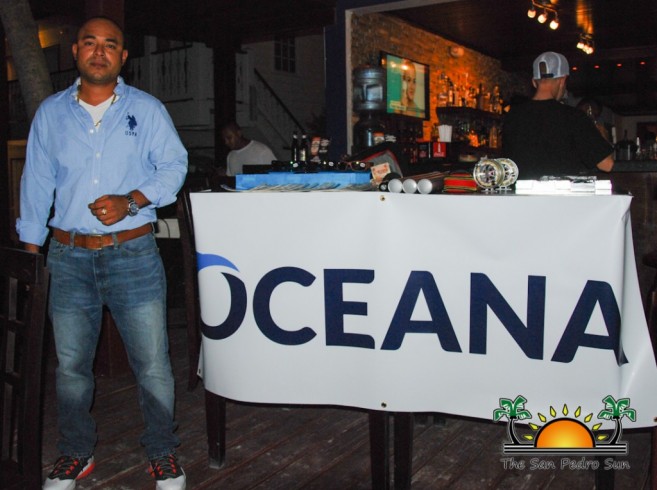 At the awards banquet held at Caprice Bar and Grill, organizer Wil Flack of Tres Pescados Fly Ship announced that with the $2,000 donation from Size Matters, the total funds raised was a whopping $15,000. The charity of choice was Oceana in Belize’s project against Gill Nets. On hand to receive the donation was Dr. Isani Chan.