The 6th Annual Tres Pescados Slam Tournament saw the participation of 21 teams of talented anglers, but at the end of the three-day fishing tournament, it was team Yellow Dog who took the grand prize. The tournament commenced on Thursday, July 24th and ended on Saturday, July 26th with a grand award banquet for the participants at Caprice Restaurant and Bar. The tournament is catch and release, and is aimed at the promotion of the importance of three fish species to the economy of Ambergris Caye, the Tarpon, Bonefish and Permit. The team’s catch was recorded through video or photo proof, and points were awarded according to the size and species of the fish caught.

Team Yellow Dog with anglers Doug McKnight and Shawn Lawsontook the lead from the first day when they racked up 1,225 points. In second place with 375 points were both AM Films with angler Adam Marton, and Tarpon Maniacs with anglers Raul Castaneda and Alejandro Vega. Third place was shared by three teams, all with 300 points:Bush Remedy with anglers Justin Parrish and Stuart Dole, Big E with angler Eric Wasserman, and Peninsula Fly Club with anglers Marco Ruz and Nassim Joaquin. 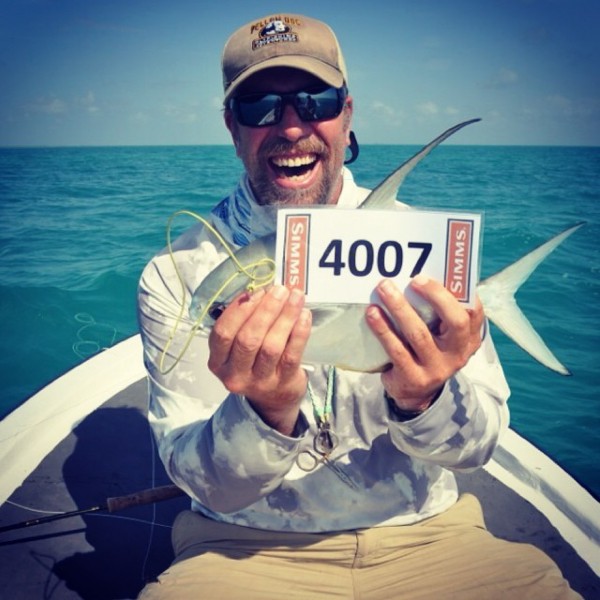 The second day of the tournament saw some amazing catches, but Yellow Dog maintained the lead. AM Films came close with 1275 points and in third was Tarpon Maniacs with 750 points. Peninsula Fly Club rounded in fourth with 525 point, and team Super Fly, with anglers Hackney and Jenn Parker claimed fifth place with 450 points. Anglers were in a celebrating mood that evening, and they enjoyed a delicious pig roast sponsored by Heineken before resting up for the final day of fishing. 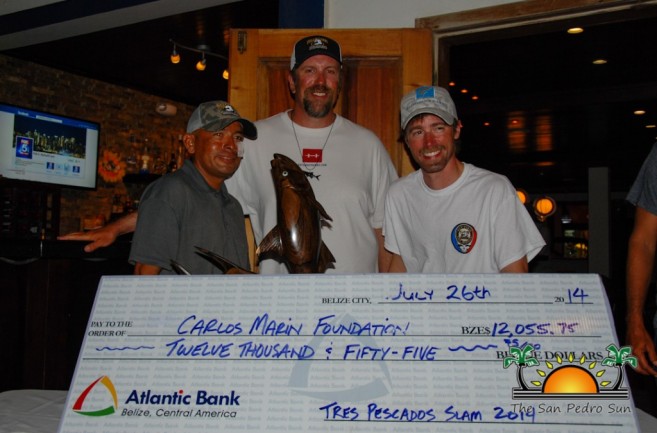 On day three, the final day, Yellow Dog racked up 1650 points, ultimately taking the grand prize of the tournament: $5,000 cash, plus other prizes and a trophy. 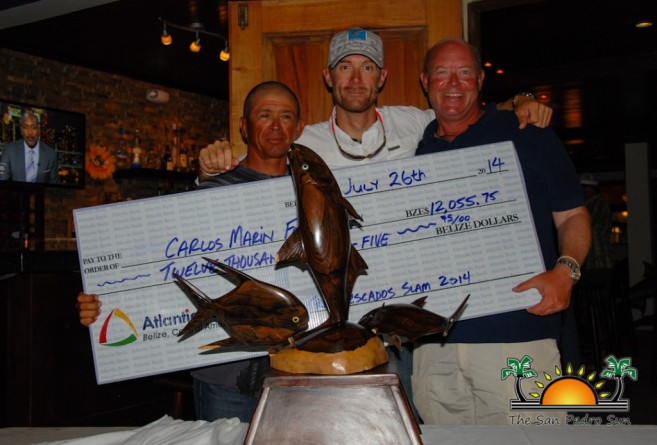 AM Films racked up 1275 points on the final day, and they walked away with the second prize in the whole tournament, winning $3,000 among other prizes and a trophy. Tarpon Maniacs racked up 1125 points on day three, and they walked away with third place’s $2,000 and a trophy. All prizes were presented during the award banquet held on the final night of the tournament. 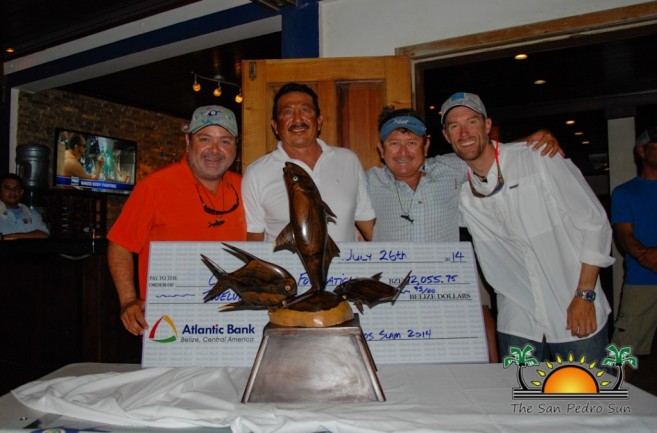 Individual awards were also given out. The Female Angler Award went toCourtney Marie Martin from BelizeflyGyalz, while Daniel Smith from Belize Young Guns took the Junior Angler Award. The final award was given to Belize Young Guns’ Michael Guerrero for being tournament’s the newest angler. Over $12,000 was raised for the Carlos Marin Foundation, and the funds will be used to benefit the protection of the fly fish species in Belize. 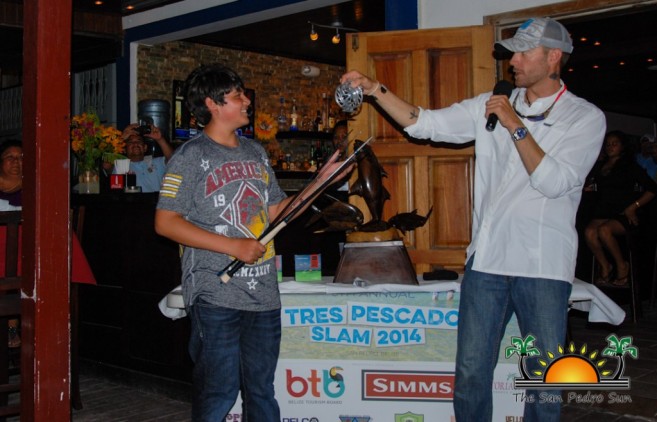 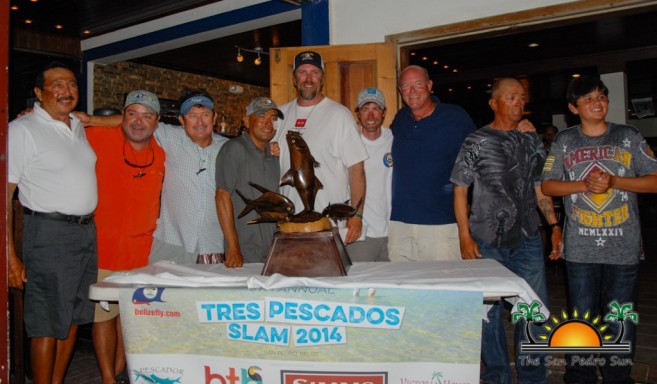 Congratulations to team Yellow Dog and all the fishing teams on a great tournament!