The 4 x 4 Volleyball Tournament officially started on Friday, October 9th at the Honorable Louis Sylvester Sporting Complex. The sporting event is being organized by The San Pedro Sports Committee and sponsored by The San Pedro Town Council and the Honorable Manuel Heredia Jr. Over ten teams signed up for the tournament which will include trophy and cash prizes at the end of the season. 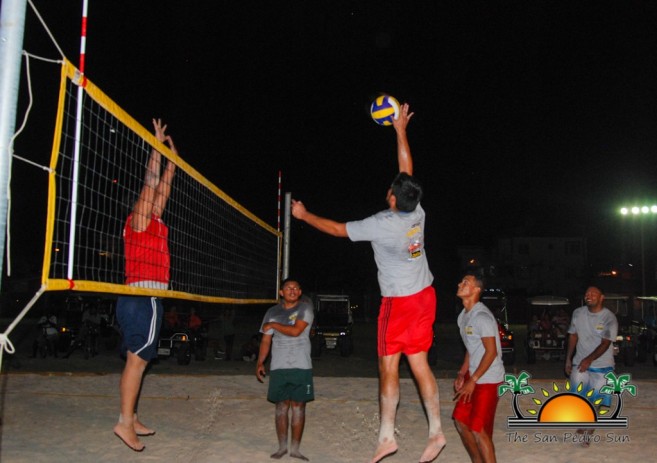 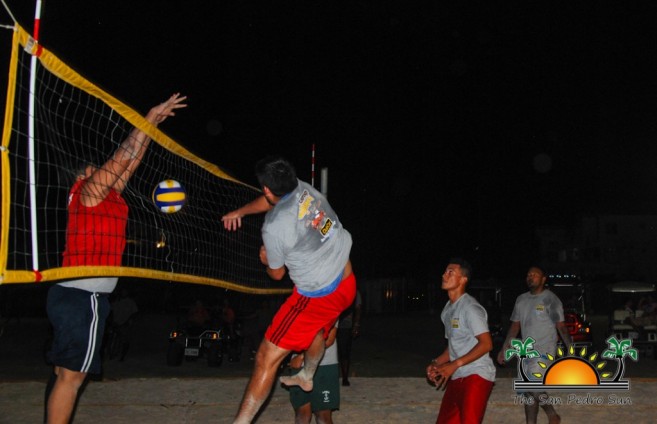 On Sunday there were two games. 4 Play On Da Sand smoked Team Cast Away in two sets. They were followed by the match between Divers and the high flying Blazers. This match showed great skills from both teams, with the final set played to 19, when finally, the Blazers claimed victory.

The next set of games will be played this weekend starting on Friday, October 16th: Island Boys vs Bombas, followed by Unique Girls vs Cast Away Caye and closing the night will be Matatanes vs Divers. The action will continue on Saturday, October 17th with the following matches Divers vs Island Boys, Survivors vs 4 Play On Da Sand, and Blazers vs Captain Shark. Games start at 7:30PM sharp.

The organizers invite everyone to come out every weekend during the tournament to support their favorite teams. There’s lots of food and drinks for sale during the games, and entrance to watch is free.