Over the weekend of December 12th -13th, a 4-person delegation of athletes from Ambergris Caye travelled to Merida, Yucatan, Mexico where they competed in the ‘ Team Challenge Merida ’ competition. The competitive event saw a total of 27 teams, which included the ‘Belize Black Team’ which comprised of two athletes from Crossfit San Pedro and two from WOD Zone on Ambergris Caye. The event had three categories: beginners, intermediate and RX-advance. At the end of the competitions, Belize Black Team came in first in the intermediate division, making Belizeans at home and abroad very proud and happy! 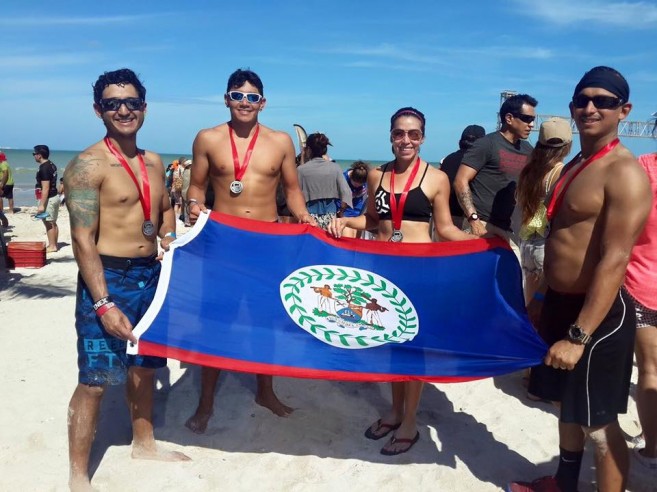 Belize Black Team comprised of Rene Reyes Jr, Liliana Nuñez, Ricky Luna and Lucien Pollard. The two-day event included five workouts in total, three on the first day and two on the last day and saw the Belizean team competing in the intermediate division. The first sporting events took place indoors and featured weight lifting and gymnastics. The team pushed hard to finish at the top of each event in order to advance in the competition, and at the end of the first day, Team Belize dominated the competition by staying on top of the other teams. 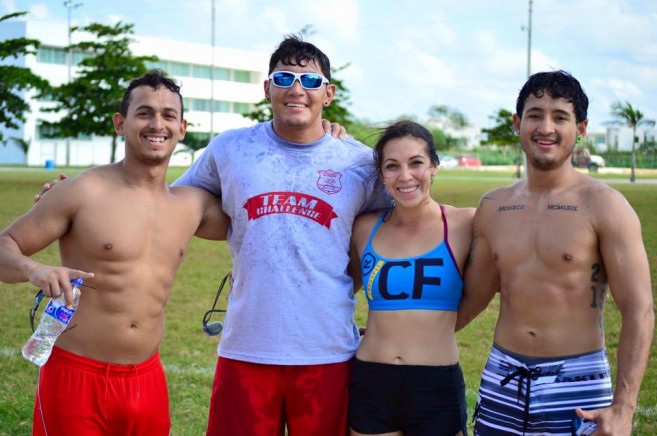 According to Pollard, even though the competition was done to Crossfit standards, it was not considered a CrossFit activity as it did not involve individual participation. It was pure teamwork, and they really enjoyed it. “It was a fun event, something new for us, as we had to come together as a team comprised of three males and one female. We had to use everyone’s individual strength to overcome each obstacle, and that is exactly what we did and that’s why we won,” said Pollard. Nuñez remarked that one of the other factors that led them to their victory was the well established communication amongst team members. It ironed the way to the team’s big win. 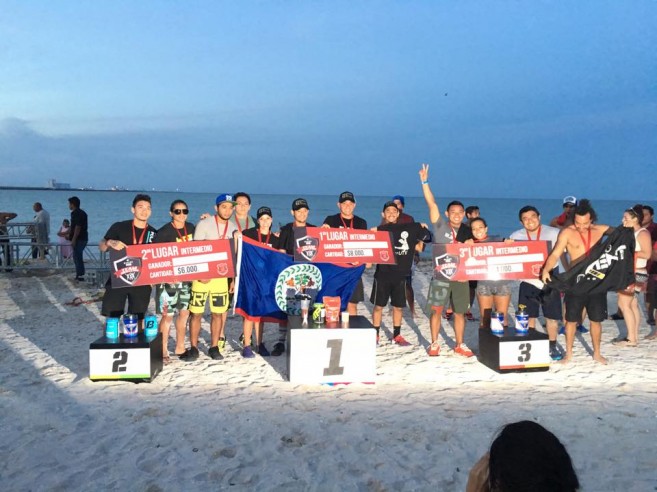 The final event was held outdoors, on the beach at the port city of Progresso, which is located 30 minutes north of Merida. In the first of the two workouts, nineteen teams were eliminated and eight remained in the final obstacle. The final two workout events included swimming twice in the sea, Worm thrusters, and tire flips. Belize Black Team finished in an impressive 8 minutes and 54 seconds. After the official scores were revealed, Black Team had placed first in four out of five total events. With a total score of 490 out of 500 points, Belize Black Team claimed the first place in the intermediate division of the competition! It was a well deserved prize for the hard working team that represented our island and country well. The team is already planning to organize a similar event on the island so locals can see what takes place in such events, and perhaps learn more about CrossFit as a sport, fitness, health and working as a team. WOD Zone is looking at opportunities for those talented individuals who like the sport to be able to represent Belize in future competitions. 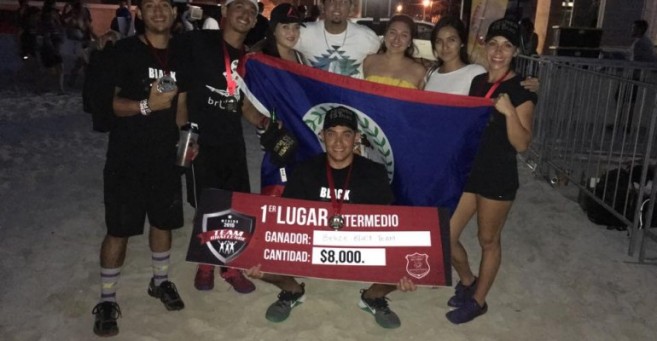 Members of the Black Team thank its Belizean supporters in Merida who came out to cheer them on during the two-day event. Special thanks also go to all sponsors and the entire community who in one way or another added to their successful participation in the competition.
The San Pedro Sun congratulates Belize Black Team for their incredible performance, and we applaud them for giving their all in this event. The team plans to continue training as they want to compete in the RX (advanced division) in Mexico City next year. We wish them all the best going forward.