Mayor and Minister’s Cup on a heated third round


The Mayor and Minister’s Cup continued this past weekend with three days of exciting games. Island football fans gathered at the Honorable Louis Sylvester Sporting Complex where they enjoyed the first games of the year, supporting their favorite teams. In total, six games were played with some unexpected results that sent out the message: “Do not underestimate any of the teams.”
The first match began on Friday, January 8th at 7PM sharp between Belize Pro Team and Ambergris Divers. The crowded was treated to a tight game, as the players of both teams showed their skills on the field. Belize Pro Divers were in for a win, but Ambergris Divers trumped that dream, walking away with the 5-3 victory. In the second game, Jokers F.C won the match by default against Catrachos who did not show up. As a result Catrachos are officially out of the tournament. 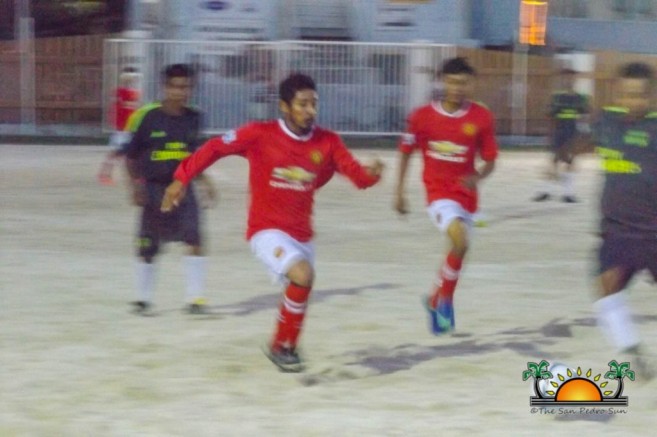 On Saturday, San Pedro Junior College faced San Mateo in the first match of the day. The college team came in with a strong offence, quickly scoring against the San Mateo boys. But the San Mateo Team gave them a fight, and managed to secure a 2-1 win. This match was followed by Searious Warriors Team versus faced PSG. The Searious Warrios faced defeat in a 2-1 game final. 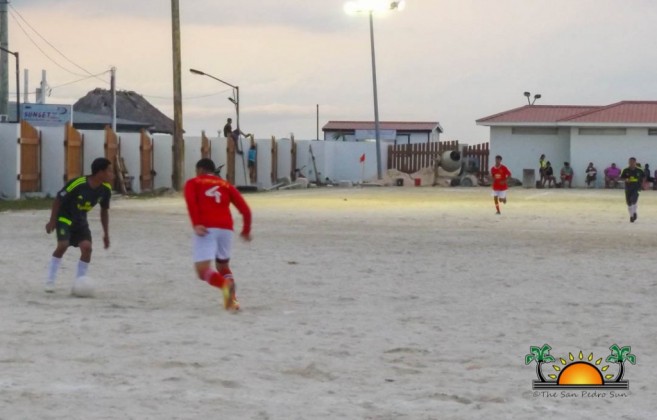 Sunday, brought the sporting action earlier, with games starting at 3PM and an eager crowd of fanatics ready to root for their teams. Game time began with the police team, Peace Makers, facing the Veterans. The Veteran team did show their experience and lived up to their name by walking away with the 3-1 victory. Shortly after, one of the most anticipated teams, Progresso Boys, faced the energetic team of Sky Energy. Across to spectators, this was one of the most exciting games of the weekend. In the first half Progresso Boys found themselves falling to the Sky Energy Team. However, they fought back gaining the scores, that put them ahead of the game. Despite Sky Energy’s pressure and control of the ball, at the end of the match, the Progresso Team squeaked a win with a final score of 6-5. After the third round of games, Team Veterans from Group #2 is leading the tournament with 6 points. 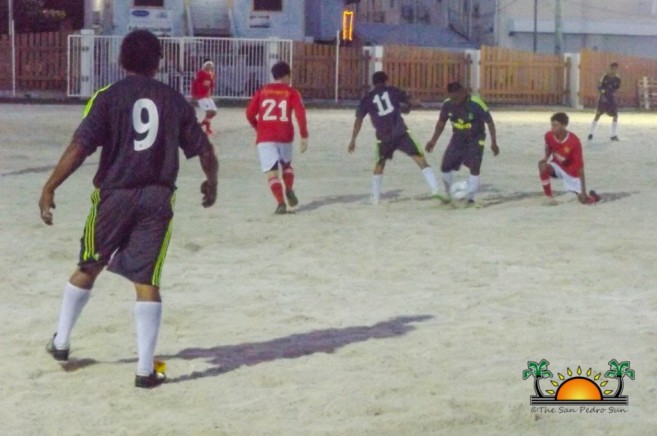 As the tournament continues, the sporting action will continue this weekend starting at 7 PM sharp on Friday, January 15th. Ambergris Divers versus San Mateo and Pro Team Belize taking on the second game for the night. The two games on Saturday will feature Jokers versus PSG and San Pedro Junior College versus Veterans. Then on Sunday beginning at 3PM, Searious Warriors face Sky Energy, followed by Peace Makers versus Progresso Boys.
The San Pedro Sporting Committee once again encourages all fans to come out and support their favorite teams every weekend. For more information on the tournament, visit their Facebook page https://www.facebook.com/The-San-Pedro-Sports-Council or contact Wilbert Magaña at the San Pedro Town Council during normal working hours.