The Mayor’s and Minister’s Cup continued this past weekend on its fourth round at the Honorable Louis Sylvester Sporting Complex. Twelve teams and a total of six games once again brought the excitement of football to island fanatics. Paired with good food and refreshments, fans enjoyed a fun weekend full of spectacular sporting fun. 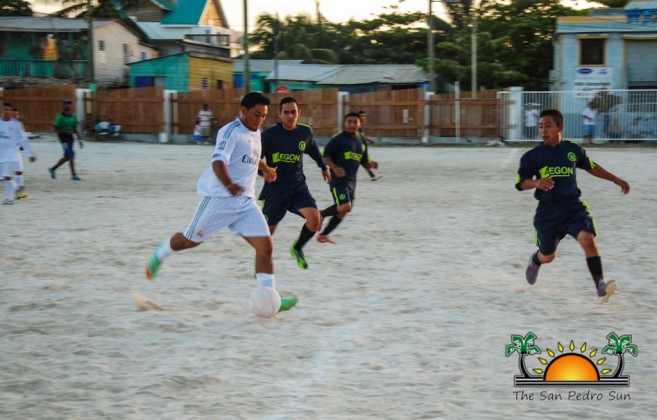 The action continued on Saturday, with Jokers FC facing PSG. Despite pressure from PSG, the Jokers weren’t kidding as they won with a clean score of 7-4. Following the first game of the evening, San Pedro Junior College took a big defeat from the Veterans, falling with a 6-2 game.

On Sunday, during a bright and clear afternoon, the last two games of the round started at 3PM sharp. Serious Warriors easily overcame Sky Energy team, walking away with the final score of 4-1. The last game for the weekend was between Peace Makers and Progresso Boys. Progresso Boys were fan favorites, playing has as they heard fans cheering. However, at the end only one could be victorious, and after a full 90 minutes of intense battle in the pitch, Progresso Boys conceded defeat to Peace Makers in a 6-3 game final.

At the end of the fourth round of the tournament, the top teams in their respective groups are as follows: Group 1 Progresso Boys continue to lead with 4 points, followed by Group 2’s Veterans leading with 9 points. Meanwhile in Group 3, Ambergris Divers are on top with 9 points as well.

All fans are encouraged to continue supporting their favorite teams each weekend as the competition progresses towards the championship in the next two months.