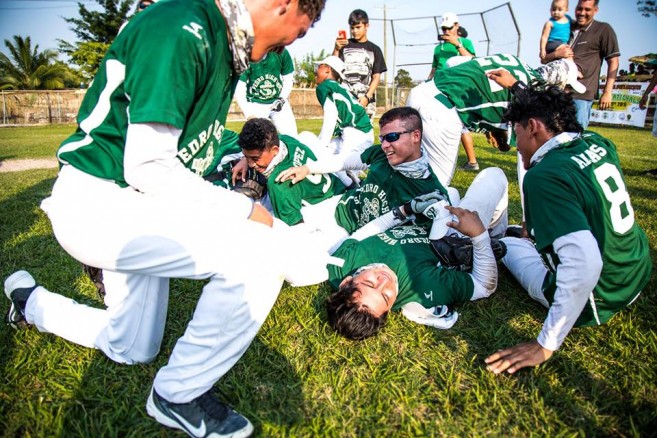 Ambergris Caye is in a celebratory mood once again, thanks to its San Pedro High School (SPHS) male softball team. The SPHS boys traveled to the Capital City of Belmopan this past weekend, where they competed in the National Secondary School Sports Association’s (NSSSA) softball nationals. Needless to say, the SPHS boys claimed a blowout victory, becoming the 2016 NSSSA Champions in a competition that saw the results of a committed and dedicated team. 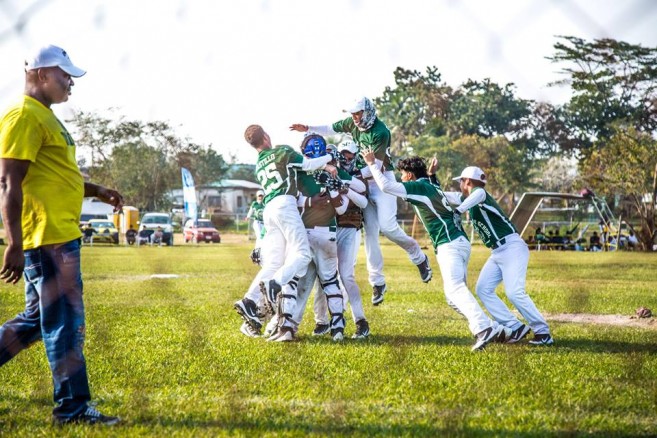 The team won its qualifying Regional game on Sunday, March 13th, which allotted them a spot in the championship game the following week. Hosted by Belmopan Comprehensive High School on Friday, March 18th and Saturday March 19th, the tournament saw schools from across the country competing for the coveted national prize. 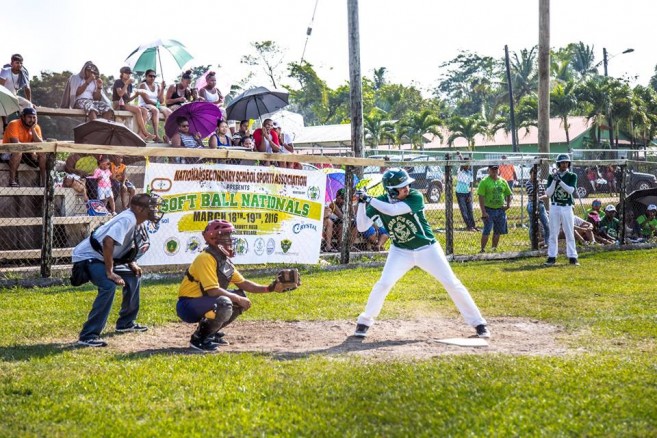 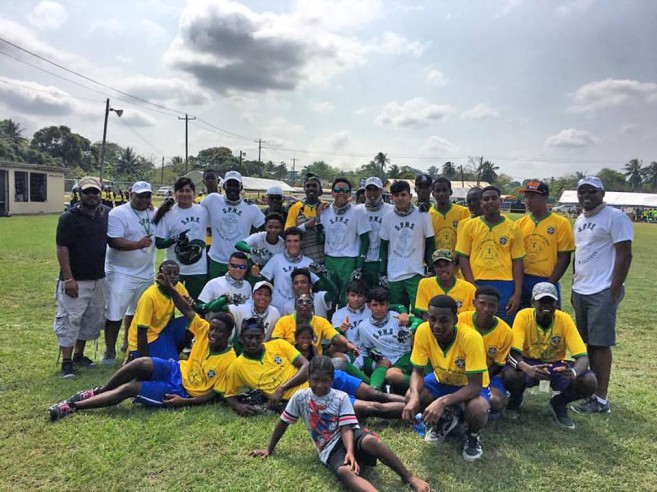 The SPHS boys had their first game on Friday afternoon, when they faced the boys from GLHS. The well prepared San Pedro team easily defeated their opponent with a solid 12-2 via the mercy rule in the third inning. With this win, the SPHS boys were in for the championship game the following day. While in the same division, IHS boys defeated the male team of BHS 15-0. The male championship was set between the boys from SPHS and IHS. 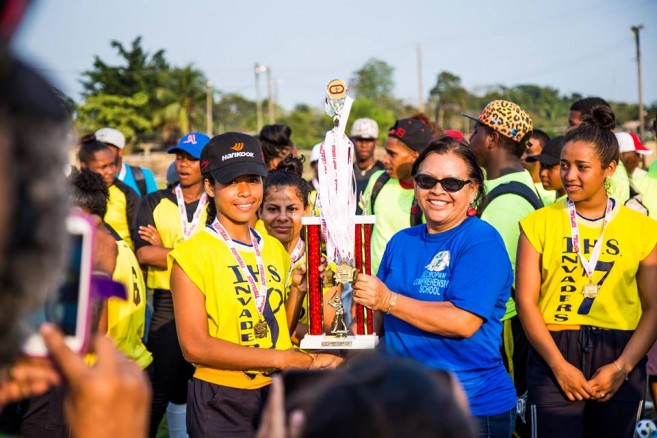 In the female division ESTM fell short to LTHS, however they still had a chance to fight on the second day. At the end of the first day of the tournament, the girls from IHS qualified for the championship game by defeating BCHS in final score game of 11-8.

The first games on Saturday, March 19th, saw the hosting female team of BCHS defeating ESTM and consequently taken the third place of the tournament. The game that followed was between the boys of GLHS and BHS. GLHS came out victorious, thus claiming the third place in the male division.
In the female championship game, the girls from Ladyville Technical High were no match for the Invaders from the IHS team, who, after winning the game with a score of 11-8, was crowned 2016 female champion of the tournament.

Next in line was the last game of the day: the male division final. SPHS boys faced the Invaders from HIS, who were determined to take home the male championship. All eyes were on the game and the tension was at its highest level as the SPHS boys began tearing their opponent apart. 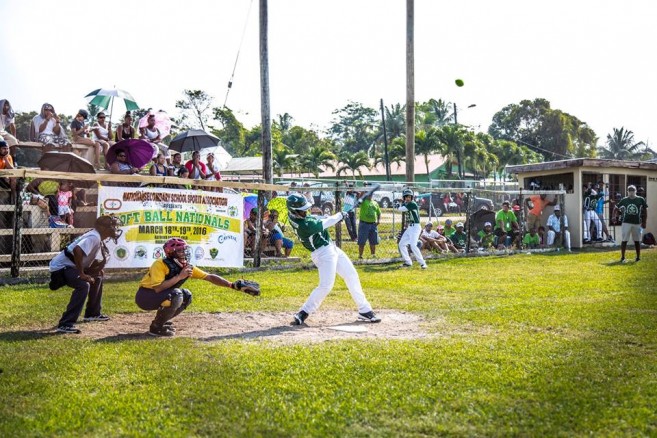 SPHS’s pitcher Lester Gamez was striking out player after player, thwarting HIS’ chances of leading in the game. 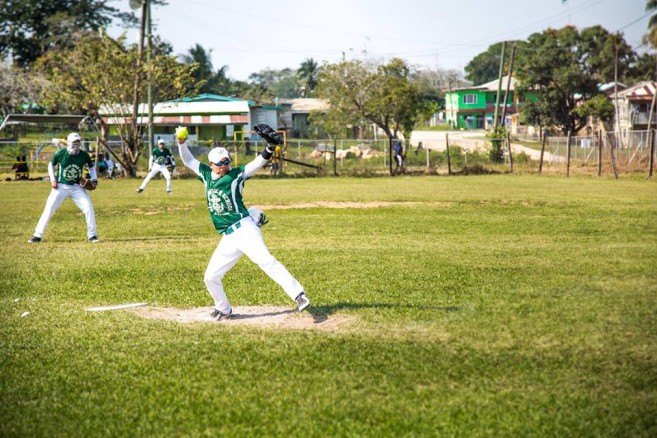 Gamez hurled the ball one more time, but it was impossible for the IHS batter to hit it. With a score of 5-1, the San Pedro High School claimed the victory and became the 2016 male champions of the NSSSA Softball tournament! 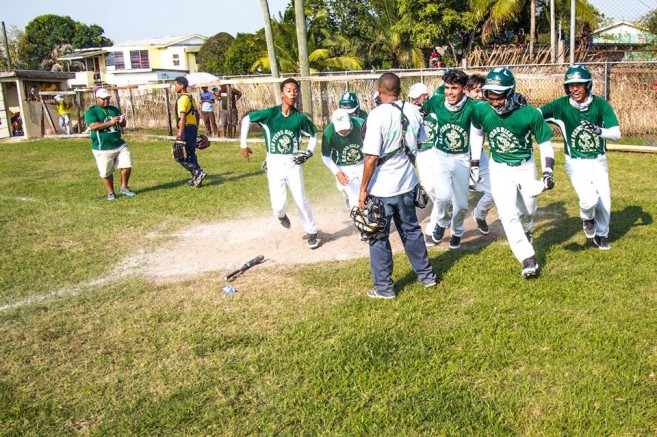 Following the end of the competition, each team was then presented with their trophies, while the respective members of each team were also awarded. The MVP prize in the female category went to Camry Linarez from Independence High School , while in the male category it went to San Pedro High School’s Shemar Broaster, who was also third baseman. 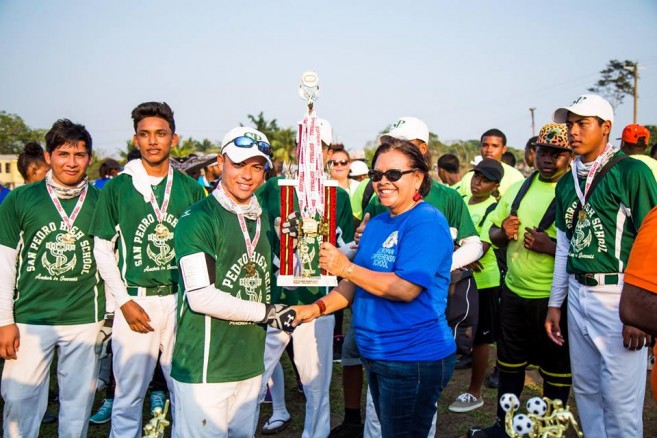 Additionally, the winning pitcher of the tournament was another vibrant member of the SPHS team; with a total of 13 strike outs, Lester Gamez was awarded the title of best pitcher of the competition. 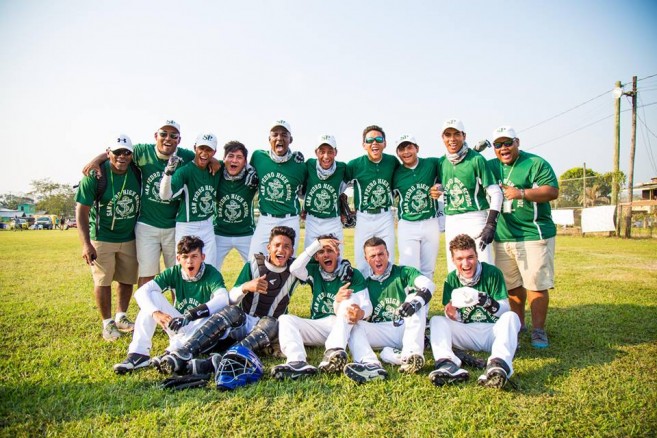 On Monday, March 21st a grand parade was held through the main streets of San Pedro Town in honour of the champions! The last time the SPHS team won a championship was back in 2012. Team coach Marion Mejia is so very proud of the team. “No matter how many times you win a championship the feeling is never the same. The 2016 title was no exception, especially with a team that practiced as hard and as dedicated as this team.” Mejia thanks SPHS Teacher Paul Kelly for allowing him to be in charge of a program that positively impacts the lives of young men and women in San Pedro. “To the Seniors on the team, thanks for your contribution to the championship and good luck in the future. To the returning players, next year, we must strive to continue the legacy and build on the dynasty of SPHS softball…tradition lives here!”

The San Pedro AIDS Commission is ready to take on 2014!

An Enchanted Night at SPHS Prom 2016