The San Pedro Pirates Football Club was founded as an independent non-profit organization in the interest of promoting professional football among San Pedro’s youth community. In preparation for their participation in the upcoming Premier League of Belize, the islands first semi-professional football team has announced their executive team of 15 individuals to properly run the team. 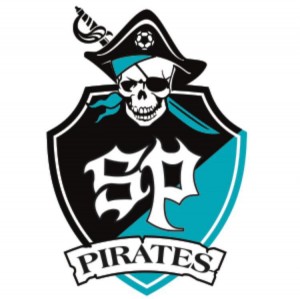 The San Pedro Pirates FC is currently owned and financed by Emeliano Riveo and Raymond Charles Tyree Jr. Leading the management of the team is Susana Eiley as President, with Hector “Tito” Alamilla observing the role of Vice-President. Other members include Ruben Francois as General Manager, Kent “Bob” Gabourel as Club Consultant, Jason Valladarez as Secretary, Gerardo Reyes as Consultant and Manager of the youth development team, Fulgencio Hoare as Consultant and Assistant Manager of the youth development team, Jorge Nuñez as Head Coach, Mario Kempest as Assistant Coach, Rene Reyes Jr. (CrossFit Wolf) as Head of Conditioning and Fitness, Sergio Gomez as Web Designer, Janelle Cowo as Media and Marketing Officer and Misael Gonzalez as Live Feed and TNC 10 Reporter.
“San Pedro loves football and we look forward to bringing back peace to our community through this project. Although our priority is the youth of the island, our goal is to involve the community, including fans, parents, the private sector and government from both opposing parties,” said Rivero. “The San Pedro Pirates not only represent the long awaited semi-pro league, but it has also formed a club to recruit our youth from an early stage to develop their abilities and professionalism for the future of the sport.”
For more information, the club can be contacted 629-6770 or email [email protected]