San Pedro Sports Committee’s (SPSC) 9-A-Side Football Tournament continued this weekend at the Ambergris Stadium in San Pedro Town. During the second week of the tournament, seven matches were played in three different categories, which include: Under-13 (U-13), Under-15 (U-15) and the female category. 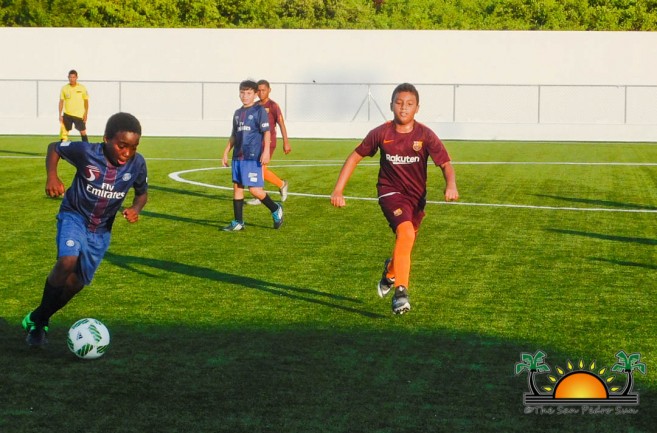 The first round of matches took place on Friday, April 27th starting at 7PM. In the U-13 category the San Pedro Pirates took on San Mateo F.C in a match that ended in a 1-1 draw. Atletico Madrid then took an easy victory 3-0 San Mateo F.C in the U-15 category. In the female category, Ambergris Combined Force defeated Island Warriors with a 4-0 point score. 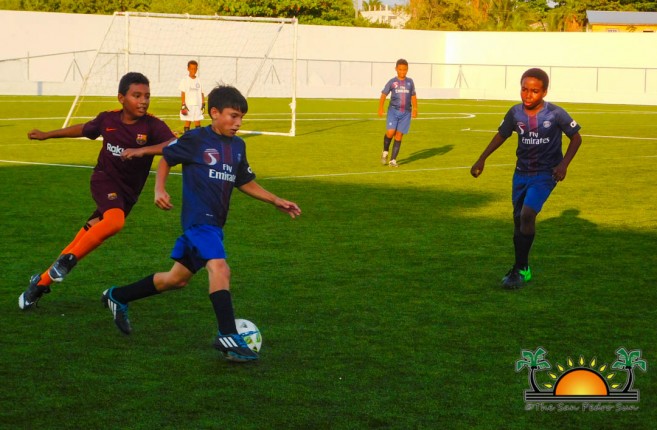 Games resumed the following day on Saturday, April 28th, beginning in the U-15 category with Terror Squad emerging victorious with a 1-0 point score against Larubeya F.C. In the next match, Island Warriors #2 won by default against Island Strikers in the female category. 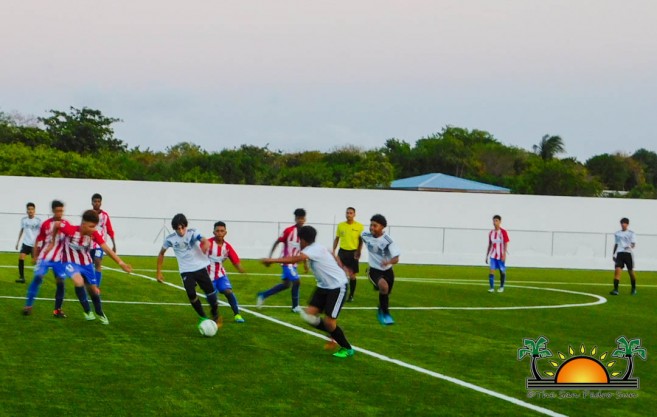 The last set of matches for the weekend were played on Sunday, April 29th starting at 5PM. In the U-13 category, with San Pedro Pirates F.C went up against San Mateo F.C. At the end of the game time, it was a victory for San Pedro Pirates F.C with a 3-2 point score. The last two matches of the week were in the U-15 category, with Larubeya F.C dominating 3-0 over Atletico Madrid and Los Catrachitos winning 1-0 over Terror Squad. 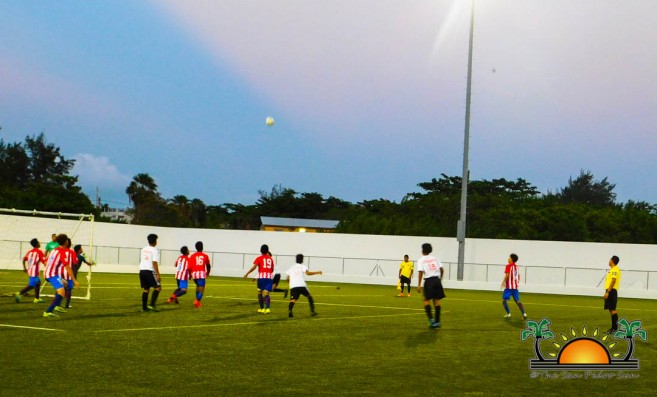 Games continue this weekend, starting on Friday, May 4that 7PM with U-13 teams. San Pedro Pirates going against San Mateo F.C, followed by Los Catrachitos versus Atletico Madrid in the U-15 Category. The last match will feature Island Warriors #1 and Island Warriors #2 in the female category.  The following day, Saturday, May 5th the last set of matches will be played, beginning with San Mateo F.C taking on Larubeya F.C in the U-15 category, and finishing in the female category with SPHS versus Ambergris Combined Force. All islanders are invited to come out and enjoy a fun weekend of football.