San Pedro Sports Committee’s (SPSC) 9-A-Side Football Tournament kicked-off this weekend at the Ambergris Stadium in San Pedro Town. The tournament is seeing the participation of various teams in three different categories for a chance to win one of three championship trophies. The under-13 (U-13) category has the participation of San Pedro Pirates F.C and San Mateo F.C., the under-15 (U-15) will see the participation of San Mateo F.C, Terror Squad, Atletico Madrid, Los Catrachitos and Larubeya F.C. while in the female category the teams that will be competing for the championship include Island Warriors #1, Island Warriors #2, San Pedro High School (SPHS), Ambergris Combined Force, and Island Strikers. 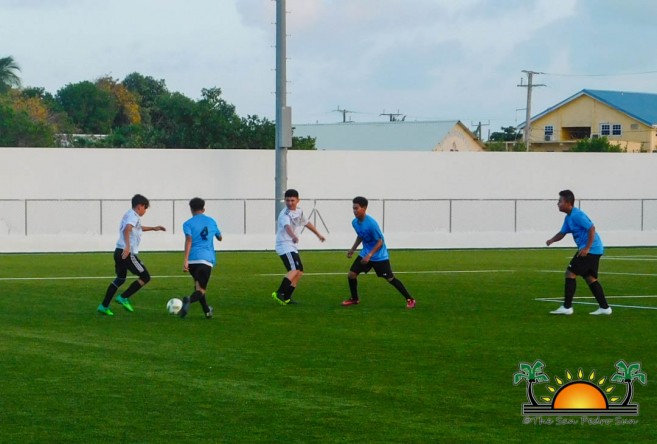 The tournament began on Friday, April 20th with games played in the U-13 category. The San Pedro Pirates took on San Mateo F.C, in a match that ended in a 0-0 draw. The next match was in the U-15 category, with San Mateo F.C dominating 2-0 over Terror Squad. This followed a match in the female category, where Island Warriors won by default against Island Stickers.
The second game day was held on Sunday, April 22nd starting with the U-13 category, where Los Catrachitos won 2-1 over Larubeya F.C. The last match of the week featured SPHS and Island Warriors #2 in the female category. At the end of the game time, it was a victory for SPHS with a 1-0 point score. 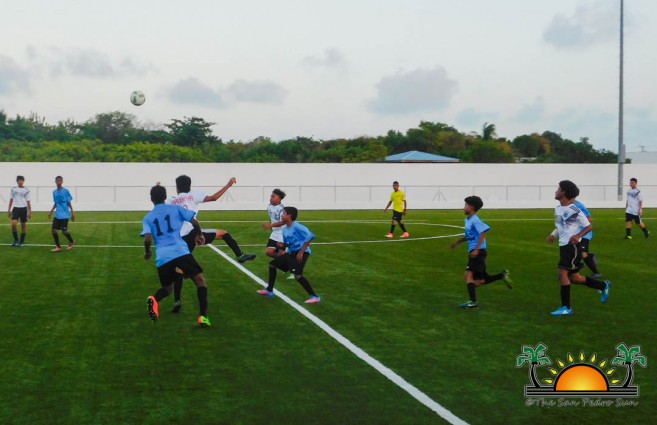 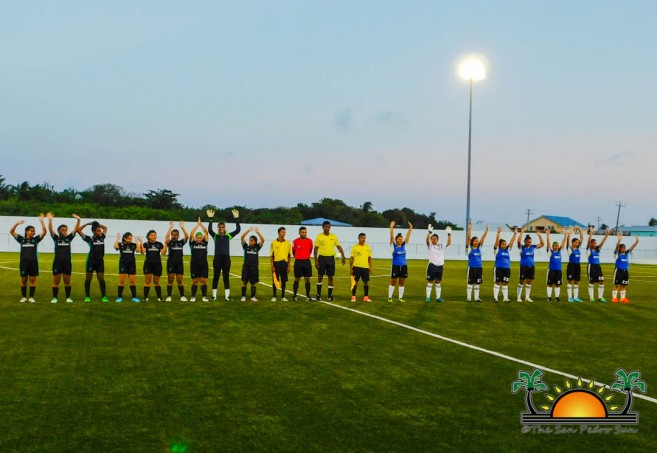 Games continue this weekend, starting on Friday, April, 27th with the U-13 category at 7PM with San Mateo F.C going against San Pedro Pirates, followed by a match in the U-15 category with Altetico Madrid versus San Mateo and ending with Ambergris Combined versus Island Warriors in the female category. 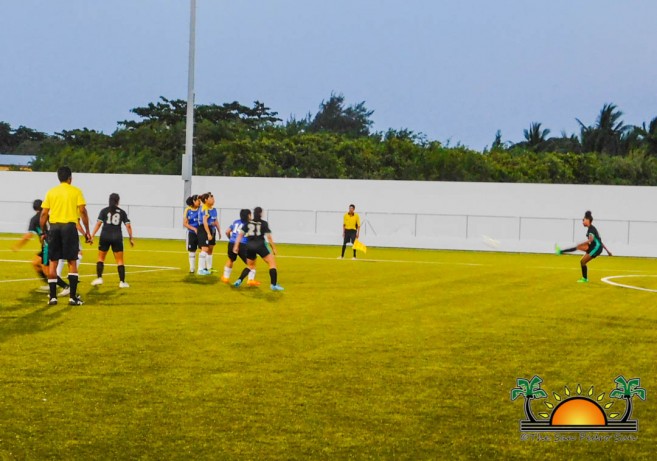 Matches on the following day, Saturday, April 28th, will start at 7PM with the U-15 category, Terror Squad taking on Larubeya F.C. Following with a match in the female category with Island Strikers going against Island Warriors #2 and SPHS facing Island Warriors #1.

The last set of matches will be played on Sunday, April 29th, starting at 5PM with the U-13 category, San Mateo F.C versus San Pedro Pirates, followed by a U-15 match with Larubeya F.C facing Atletico Madrid and Los Catrachitos taking on Terror Squad. The last match of the week will be in the female category with Ambergris Combined going against Island Strikers. Everyone is invited to come out and support their favorite team. Food and drinks will be on sale during the games.